On June 9, a quarter million people came together on the National Mall in Washington to celebrate the 100th anniversary of Girl Scouts of the USA. Amy Bartow-Melia shares her experience on that hot and happy day.

Last Saturday, I attended a family reunion, although technically I was only related to two of the 250,000 people attending. The event had all of the ingredients of a successful get-together: generations gathering from far-flung corners of the world, shared childhood memories, songs that brought back images of campfires and s’mores on chilly autumn nights, matching t-shirts, and most importantly, a feeling of nostalgia and shared experience.

“Rock the Mall,” the event celebrating 100 years of Girl Scouts in the US, started sunny and hot in Washington, D.C. I had seen the crowds of girls and their leaders arrive throughout the week at the museum, and as more troops arrived, my anticipation grew. I have always known that my daughters and I belong to something of a scouting dynasty (we can boast six Eagle Scouts in my immediate family) but as I prepared to take my Daisy Scout daughter Francesa to the event, I decided to delve deeper into my Girl Scout roots. A quick Facebook message or two later, and I hit the jackpot—both of my grandmothers, all of my aunts, and all of my first cousins (seven girls in all plus my Eagle Scout cousin, Andrew) were scouts, not to mention my Dad, a proud card-carrying Girl Scout and the naturalist for my troop growing up (and yes, another one of those Eagle Scouts). 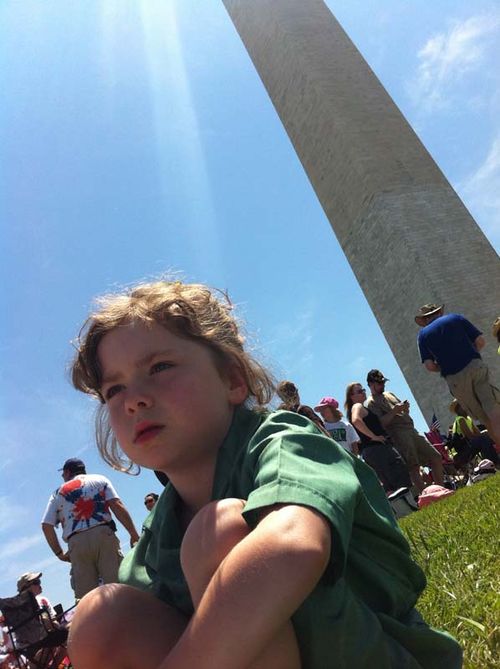 My daughter Francesca taking in the view at Rock the Mall

My Aunt Jeanne joined during the waning days of WWII, when women took on new roles in the workforce and armed forces. The Girl Scouts launched a Senior Scout program to train girls in wartime activities. Thousands of girls planted Victory Gardens, contributed to the Farm Aid project, and shipped food and necessities to Europe. Jeanne became a Senior Scout, and when her sister (my mother) was ready to join, she and my Grandmother Frances became co-leaders of her troop.

My Mom and Aunt Miriam became scouts during the “boom years” of the 1950s, when Girl Scout ranks doubled from 1.5 million in 1950 to 3 million by 1957. Camping became even more popular, and Jeanne led her senior scouts on “camping journeys” throughout the East Coast. In 1956, Juliette Gordon Low’s Birthplace was opened as a house museum in Savannah, and visiting there is a special pilgrimage for scouts to this day—I still fondly remember my trip there around the age of ten. 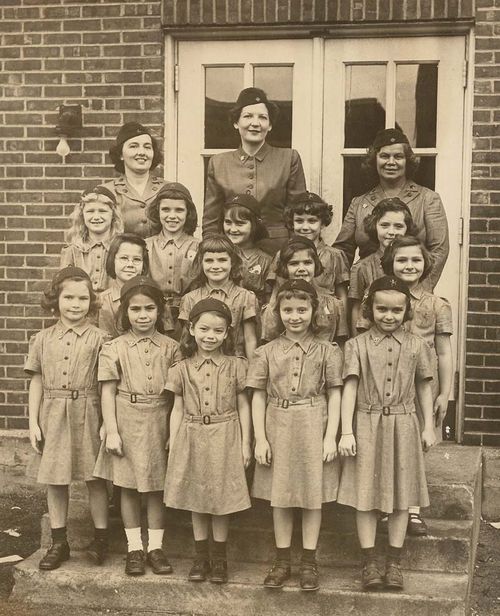 My Mother’s Brownie troop – she is first row center and my Grandmother Frances is the troop leader on the right. 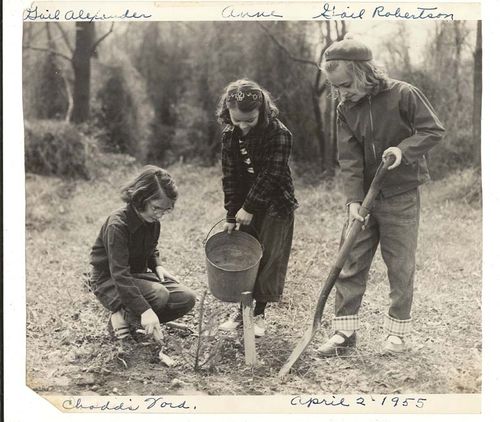 My Mom (center) and friends planting a tree at GS camp in Chadds Ford, PA., spring 1955.

The social change of the 1960s was reflected in the Girl Scout’s focus on community engagement and addressing prejudice. Speakouts (1968), special Girl Scout conferences, and Action 70 (1969), a nationwide action campaign, were launched to raise awareness against prejudice and to build Girl Scout participation in urban areas. 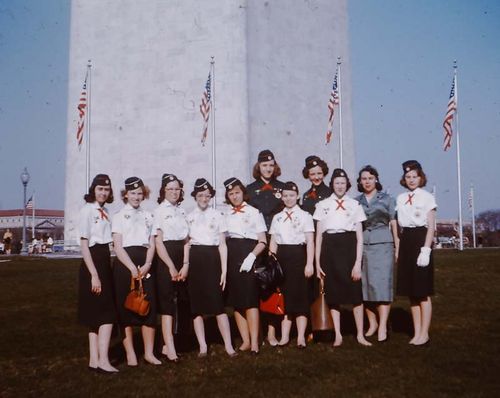 My Mother’s troop visiting Washington DC in 1961. Mom is 4th from the right and my Aunt Jeanne is the troop leader in the green suit. Note the white gloves.

By the time my sister Meg and I were ready to jump into scouting in the late 70s and early 80s, times had changed. Gone were the white gloves of my mother’s generation and in were sporty jumpers and shorts (to complement our less than attractive early 80s haircuts). But what remained constant was the goal to engage girls in life-long learning, love of nature, and community service. New to Girl Scouts was a focus on contemporary issues facing girls and a renewed emphasis on multiculturalism to extend scouting to under-served communities.

Memories of my Girl Scout years revolve around excursions in the woods and, yes, the selling of many, many cookies. Looking back, I think I earned my 100+ cookie badges not so much from hard work, than from the 1,000+ cookies my grandparents must have purchased over the years. 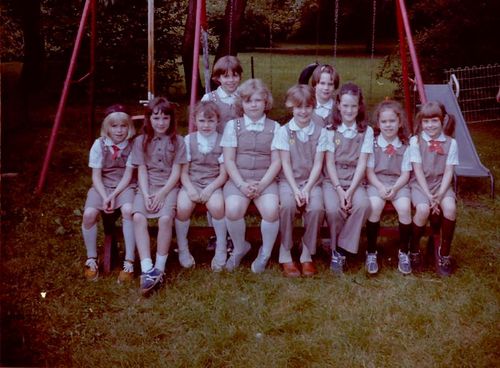 My Brownie Troop circa 1978.  I’m the short kid, front row second from the right.

Fast forward twenty-some years, to my daughter Francesca joining her first Daisy troop in Arlington, Virginia. I wasn’t sure what to expect. Had Girl Scouts changed to fit the new digital generation? At their first meeting, the girls joined in an impromptu game of soccer, Daisy vests flapping as they dove for the ball. Now this, I thought, is a perfect troop meeting—teamwork, exercise, and lots of dirt, topped off with craft activities and homemade cookies, of course. 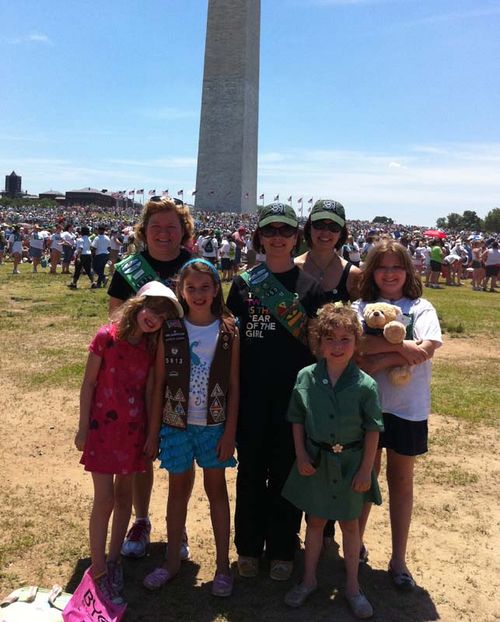 Our gang at Rock the Mall – my daughter Frannie, sister Meg, my best friend Lisa, her daughters Becky and Rachael, and their friend Sarah. Lisa and I are sporting our 1980s badge sashes.

On the Mall on Saturday, as hundreds of thousands of girls sang together, I was proud to be a part of the Girl Scout legacy, of this family that has become such an important part of the American experience for girls over the past century. At noon, a hush fell over the crowd as the girls recited the Pledge of Allegiance and the National Anthem together, followed by some spirited mugging for the news helicopter. My group was wiped out by the time we left but we came away with the excitement of meeting new friends and being a part of something special—something I hope these girls will tell their granddaughters about at the 150th anniversary celebration. Happy Anniversary to my Girl Scout Family.

Amy Bartow-Melia is Director of Public Programs at the National Museum of American History.