For eleven years, each April, jazz supporters around the world have celebrated Jazz Appreciation Month. JAM was established in 2001 by the Smithsonian’s National Museum of American History to advance appreciation and recognition of jazz as a great American artform and a global cultural treasure. In 2004, Herbie Hancock, now a UNESCO Cultural Ambassador, came to the museum to donate several of his historic keyboards to the national collections and help kick off the 3rd JAM. By 2012, JAM was celebrated in all 50 states, the District of Columbia, and 40 countries.

So the idea of culminating this year’s JAM on April 30 with a UNESCO-sanctioned intensive celebration—International Jazz Day—was welcomed warmly by the Smithsonian staff who work throughout the year to promote Jazz Appreciation Month worldwide. The staff, led by Joann Stevens, immediately lent their support to International Jazz Day, and worked with staff in the U.S. State Department’s Bureau of International Organization Affairs, directed by Assistant Secretary Esther D. Brimmer, and with the office of U.S. Ambassador to UNESCO, David T. Killion.

Part of the Smithsonian’s contribution was to develop a jazz photo exhibition drawing on the museum’s collections. The exhibition opened at UNESCO’s headquarters in Paris on April 27. It was my honor, aided by a number of colleagues at the museum, to curate that exhibition, which comprised 30 images of jazz art and photography, documenting jazz as an American and global music. Here was Dizzy Gillespie’s angled trumpet and trumpet case, festooned with international travel stickers; Duke Ellington, reading an Italian newspaper in Rome; Louis Armstrong, performing before 100,000 people in the Gold Coast (soon to be Ghana); the Smithsonian Jazz Masterworks Orchestra performing before the great Sphinx, in Giza, Egypt; and Django Reinhardt, the great Belgian Gypsy guitarist. The exhibition drew many visitors as well as an Associated Press photographer, whose images of it went around the world.

During the day-long kick-off celebration, April 27, UNESCO held master classes, lectures, performances, and two roundtable panel discussions. I was honored to participate in both panels, “Jazz and Cinema” and “Jazz as a Voice of Liberty—Its Role in the Struggle for Democracy.” Among the points I made during the latter discussion was that jazz has resonated so powerfully with people struggling against racism and totalitarianism because the artform stands powerfully for such fundamental values as freedom, cultural diversity, individuality, innovation, and creative collaboration.

The evening ended with a reception for guests of Ambassador Killion at the historic Hôtel de Tallyrand. Selections from the photo exhibition were on display as UNESCO Secretary-General Irina Bokova, Herbie Hancock, George Benson, and other guests nibbled hors d’oeuvres, sipped champagne, and marveled at the global artform called jazz: born in America, enjoyed worldwide.

John Edward Hasse is Curator of American Music at the Smithsonian’s National Museum of American History, and founder of Jazz Appreciation Month. 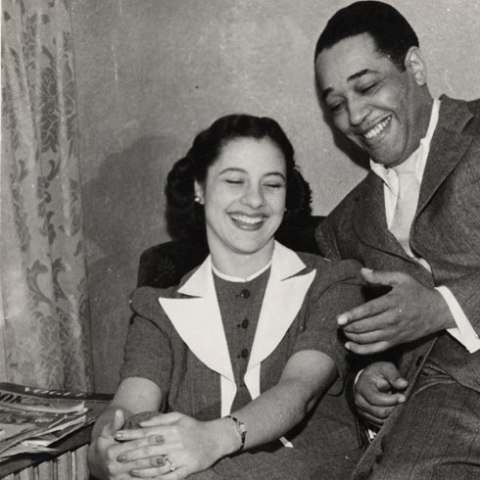 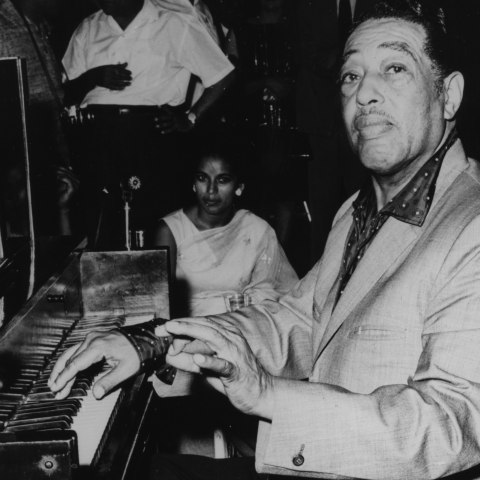