The American West - wilder than you thought 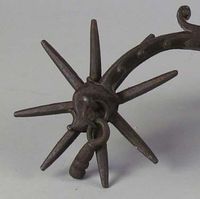 Maybe it’s the thundering of horses’ hooves as they race across open plains or the twitching of ready fingers on a gun holster, but classic western films always manage to inspire excitement from their viewers. As the National Museum of American History prepares to host its second film festival this weekend, this one focused on the legendary Clint Eastwood and classic westerns he starred in, movie buffs and western rookies alike are eager to experience that gritty cowboy excitement. We know the stories well- a mysterious hero seeks revenge for the victims of wrong doing, lives are threatened and taken in a lawless land, and a few gun fights act like the glue to hold it all together. With justice realized and peace restored, the hero humbly rides off into the sunset and the audience is left with a nostalgic understanding of post-Civil War life on the Western frontier.

But these Hollywood classics inspire a greater question: What was life really like in the West? Were those who lived on the edge of the Western frontier all gunslingers like the characters on the silver screen? The truth is, the Wild West was far more complicated than that. As Eastwood himself said, the good guys were not all good and the bad guys were not all bad. Post- Civil War interactions and conflicts between different peoples shaped the West into a complex land far beyond that portrayed by the camera. Objects that exemplify that complexity can be found throughout the museum’s collections, from cowboy attire inspired by Mexican vaqueros to evidence of Native American oppression. The following slideshow features just a few of the objects that exemplify the true Old West and its role in a greater American story.  In fullscreen mode, click "Show Info" to read detailed captions for each image.

Elizabeth Dowdle is a Junior Fellow in the Office of Public Affairs at the National Museum of American History.