Preparing for the oath

At a Naturalization Ceremony at the National Museum of American History this past May 25th, we were honored to welcome as the keynote speaker Madeleine Albright, the first female Secretary of State (and a naturalized citizen). The ceremony also launched a new website, Preparing for the Oath. The site is an interactive learning tool to help aspiring citizens prepare for the U.S. naturalization test in United States civics and history. Passing the test is one of the final steps to becoming a U.S. citizen. Prospective citizens are asked 10 questions (out of a pool of 100), and must answer at least six questions correctly. 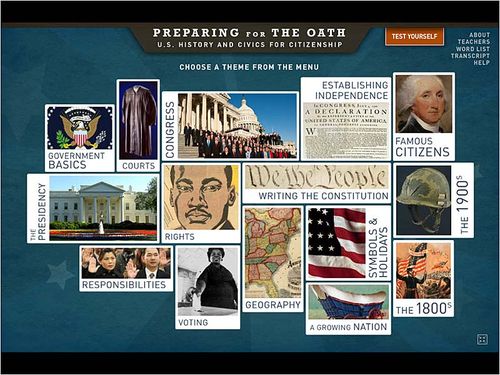 As I wrote the vignettes and accompanying interactive activities that teach the answers to each of the questions, I spent a lot of time thinking about the merits of the test. What use can the test have in the lives of the people that take it?

Anyone who has ever studied for a test like this knows there are two ways of doing it: memorize the answers, or learn the stories behind the questions and understand the answers. We favor the latter approach, especially in this case where the stakes are sky-high.

Take, for example, the question on Susan B. Anthony. What did Susan B. Anthony do? The correct answer is that she fought for women’s rights. This one is particularly easy to memorize because no other woman is included on the test (potentially excluding questions with changing answers, like “What is the name of the Speaker of the House of Representatives now?”). Susan is a woman’s name. The answer is about women’s rights. But this misses the point.

American citizens should know about Susan B. Anthony because her story can be a model today. She fought for decades for voting rights for women. She organized and inspired many others to do the same. You can see the vignette about Anthony on the Preparing for the Oath website here.

Fourteen years after Susan B. Anthony’s death in 1906, the 19th amendment was passed and women finally achieved the right to vote in federal elections. In the United States, change like this is possible—not easy but possible. That is the point.

We can see a direct line from Susan B. Anthony to Secretary Madeleine Albright. Here we have a citizen who worked to change the world around her. She broke through barriers and accomplished something no other woman before her had. 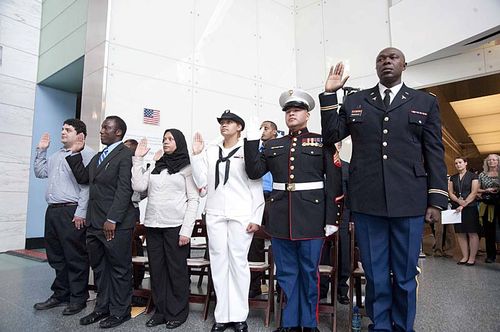 I hope that people will use our featured objects and narratives to make the connections between history and their new roles as American citizens. After all, without those kinds of connections, what’s the point?

Lauren Safranek was the writer/researcher of Preparing for the Oath: History and Civics for Citizenship. She is currently the project coordinator of the pan-Smithsonian initiative Americans All.