Croquet on the Mall

Croquet on the National Mall?

This spring, while researching our series of Meet Joseph Henry museum theater programs, Daily Programs staff at the museum came across several images of the Smithsonian’s First Secretary. Most were formal portraits of the man as Scientist, as Academician; but then it happened. We came across an image of Joseph Henry as Family Man, posing with his three daughters, all outfitted in their summer best, and proudly displaying their croquet mallets. “Croquet mallets?!” we thought, with great surprise. “Croquet on the National Mall?! Who knew?” 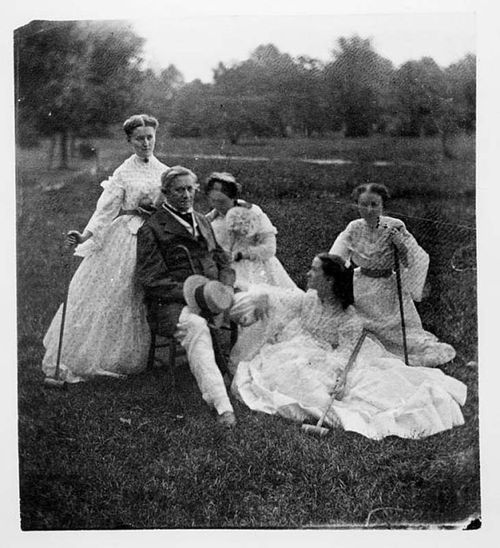 Joseph Henry, his wife and daughters posed to enjoy some croquet.

Historians believe that croquet probably originated in France as an indoor version of lawn-bowling, sometime during the 1300s. It was popular enough among the French leisured class that they moved the sport outside and eventually shared “paille-maille” (meaning ball-mallet) with their Scottish allies. The Scots took up the game quite readily; croquet is, after all, very similar to another favorite Scottish pastime: golf. Centuries later, by the 1870s, croquet had become a very popular sport. In fact, as Eric Jentsch, Deputy Chair, Division of Culture and the Arts, points out, “The All England Club, better known as Wimbledon, hosted croquet before they hosted lawn tennis. Wimbledon’s full name is actually the All England Lawn Tennis and Croquet Club.” Croquet especially thrived in places like Victorian England, where young, unmarried men and women happily took advantage of the opportunity to spend time together out of earshot of their chaperones! 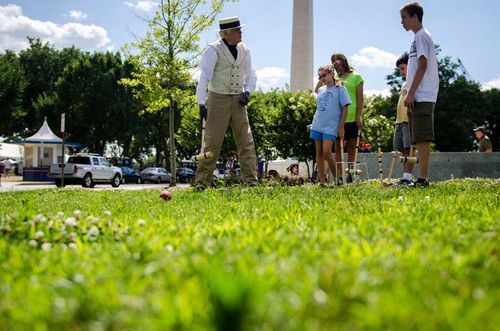 Professor Henry explains the rules to some first time players. 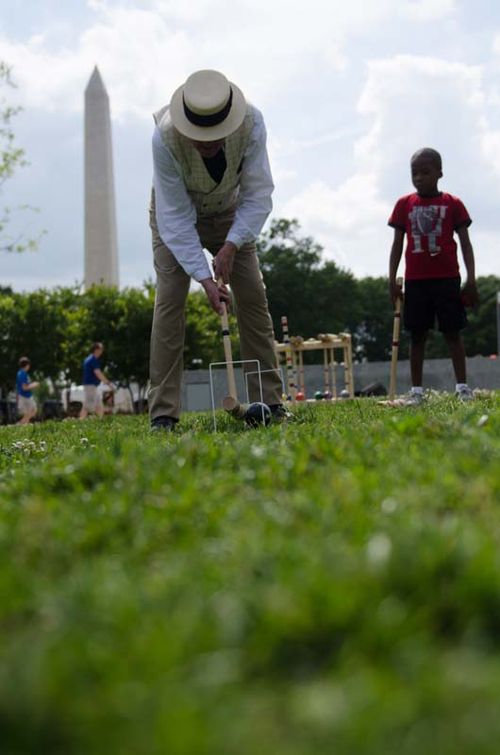 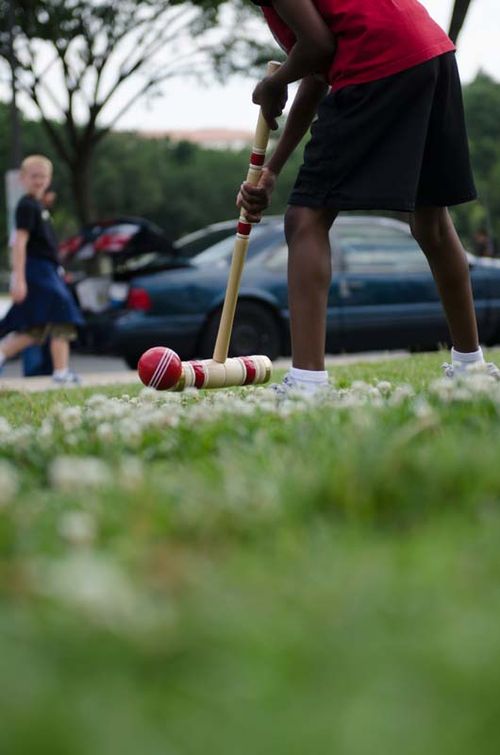 A visitor offers his own version of proper form. 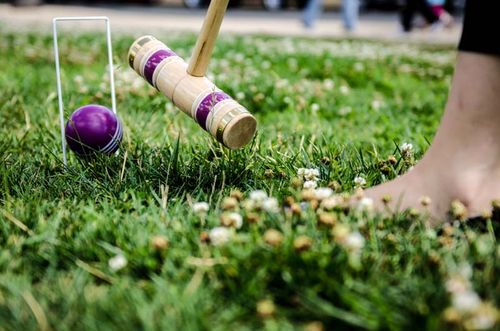 Making it through the wickets is the goal, and earns you an extra stroke!

As part of our research for the program, we were thrilled to discover that the National Museum of American History has a croquet set in its collection! The set was given to the museum, along with many other outdoor sports artifacts (badminton, horseshoes, etc.), by Mrs. Mary Marvin Breckinridge Patterson. Mrs. Patterson, who went by Marvin, is fascinating in her own right. She was a female cinematographer and debutante who loved to play polo, knew how to herd cattle and was one of the first women to fly a plane in the United States. She also took photographs for fashion magazines, worked for CBS, and was a Congressional Assistant in the 1930s. She was an exemplar of the sporting 1920s woman who continued to challenge traditional gender expectations. 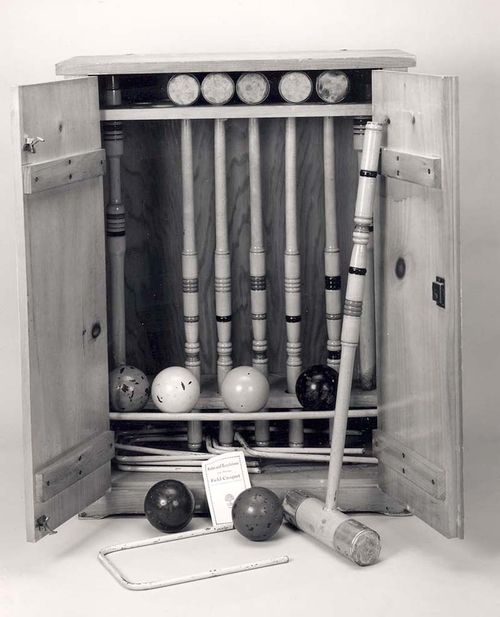 Mrs. Patterson’s croquet set was from the sporting goods company Abercrombie and Fitch.

Despite our eagerness, we could not, of course, grab Professor Henry away from his electromagnet and take Mrs. Patterson’s croquet set outside to begin playing immediately, as we didn’t want to damage such an interesting and unique object. Instead, we acquired a new croquet set for the First Secretary, one that is historically accurate but not a museum object, and took ourselves out to the National Mall to try out our skills. With a little help from the Dwane Starlin, who plays Professor Henry at the museum, we were playing real games in no time!

Playing outside, Professor Henry and his team of museum staff try to encourage as many visitors as possible to join the game. Professor Henry leads the rounds, introducing players to proper 19th-century etiquette as he explains the rules and techniques of a game which he and his family enjoyed together nearly 150 years ago, and which is still popular today. What outdoor sports do you enjoy with your family during the summer? Let us know or visit the museum to strike up a croquet match with Professor Henry!

Katie Macko and Tory Altman are both Daily Programs Floor Managers at the National Museum of American History.