NMAH is participating in “Quilt in the Capital” with 24 panels on display in the Hall of Musical Instruments, hosting the AIDS 2012 Film Festival in the Warner Bros. Theater, and mounting a display entitled “Archiving the History of an Epidemic.”

The International Aids Conference is convening in the United States after a 22 year absence. The last time it met in the States, in San Francisco in 1990, international travelers who were infected with HIV were barred from entering the country and many other attendees boycotted in protest. The conference itself began in 1985 as a way to share scientific, epidemiological, and medical information about the disease—its geography, the demographics, diagnosis and treatment, cause and prevention. The U.S. Public Health Service, with Congressional backing (the “Helms Amendment”) added HIV and AIDS to the list of not allowed diseases in 1987. The Obama Administration lifted the restriction in 2010. There is a lot of excitement about the meeting in Washington D.C., July 22-27. 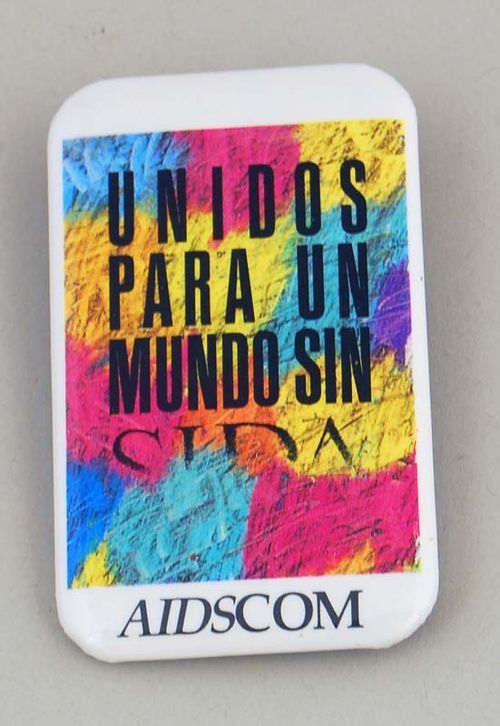 Button from around 2005, reads "United for a World Without AIDS" (gift of Judith Porter).

Although disease and suffering are ancient and have always been as much biological as social phenomena, HIV and AIDS is a truly modern illness and the International AIDS Conference is a vivid demonstration of this. For one thing, the pandemics of cholera, influenza, polio and other diseases that struck people on nearly every continent occurred before the internet, molecular biology, and the kind of global travel and exchange that has come since the late 20th century. The Conference brings together all kinds of people, from grass-roots and community activists, artists, and craftspeople to celebrities, wealthy philanthropists, and heads of state. Artistic expression and political activism related to HIV and AIDS are so fused with policy-making and bench science in popular culture that images of the virus appear in art, people who are HIV-positive actively participate in AIDS policy and services, and the health sciences have regrouped around immunology and virology in ways directly related to the epidemic. This did not happen with leprosy and yellow fever, not on this scale. 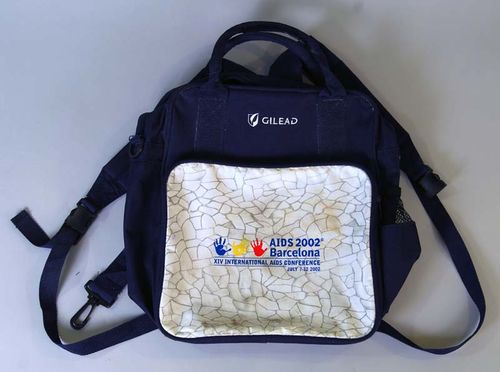 Historians, trying to see some historical pattern or make sense of the epidemic’s course, have broken up the history of the HIV and AIDS epidemic into three eras. For example, legal historian Larry Gostin (in The AIDS Pandemic, 2004) characterized 1981-87 as a phase of “denial, blame, punishment” and an absence of political and institutional will to confront events; 1987-97 was a time of “engagement and mobilization;” and 1997-present is dominated by “complacency, injustice, and unfulfilled expectations.”

The demographics of HIV and AIDS have shifted to sub-Saharan Africa and heterosexual transmission. In the U.S., young people who think they will live forever and people living outside of public services, who have no stable housing, health insurance or primary care provider, and little or marginal income are at significant risk. Poverty makes people vulnerable to many dangers, including HIV infection. Women of color disproportionately represent those newly infected (incidence) and those living with the virus (prevalence). I am hoping, along with millions of others around the world, that those attending the Conference here in DC will bring information that will usher in the next era—the one in which we document the end of the HIV pandemic.