Working with the American Double Eagle

Curator’s Note: Jennica Rzepka added three hundred images of Double Eagles (20 dollar gold coins) into the National Numismatic Collection database. To do this she had to research the objects using specific numismatic references, create or complete database records, and learn proper coin handling methods. Jennica became so passionate on her subject that she wrote this post about her newfound knowledge.

When I first accepted my internship with the National Museum of American History in the National Numismatic Collection (NNC), I had no idea what “numismatic” meant. I discovered that “numismatics” was the “study of currency, including coins, tokens, paper money, and related objects.” My excitement for interning at the museum was somewhat diminished upon realizing that I’d be far from working with the Muppets or World War II memorabilia. To my surprise, however, it turns out that coins and tokens have as much beauty, mystery, and intrigue as the rest of the amazing collection at the museum.

I worked primarily with the “Double Eagle” 20-dollar gold pieces that date from 1849 to 1933. Right off the bat, I heard the word “gold” and was captivated. What girl doesn’t love shiny things? But my interest stalled there; they were still just coins. My lovely intern supervisor, Robyn Einhorn, opened my eyes to see the Double Eagles not merely as coins, but as miniature works of art. Gradually, I began to appreciate that these were little tokens of history (please excuse the pun!).

In 1848, the Gold Rush turned America on its head, and the gold pouring out of California was quickly turned into currency. The excess of gold allowed for a new denomination—the 20 dollar gold coin.

Double Eagles are extraordinary not only in their rarity, but in their design as well. From 1849 to 1907, the image on the obverse, or “head’s side,” of the Double Eagle was of Lady Liberty’s head facing left, with her hair gathered up, and surrounded by 13 stars. James Barton Longacre, chief engraver for the United States Mint from 1844 to 1869, designed the first Double Eagles, which highlighted his mastery of portrait engraving. 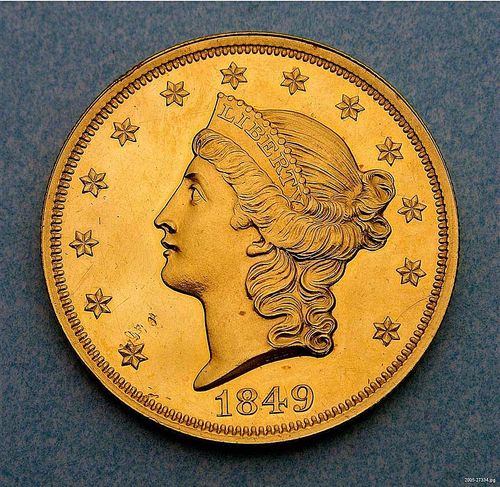 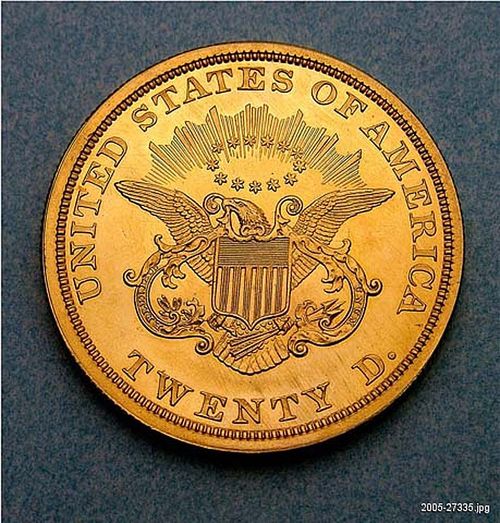 United States, 20 dollars, 1849, designer James Barton Longacre. This is one of two trial pattern coins struck in February 1850, but back dated to show the date 1849, when Congress authorized the striking of the first 20 dollar coins.

Although I think the Longacre design absolutely beautiful, President Roosevelt felt otherwise. In 1905, he enlisted famed sculptor Augustus Saint-Gaudens to create a design that was reminiscent of the beauty and high relief of ancient Greek coins. What Saint-Gaudens came up with is truly remarkable. Lady Liberty is shown striding forward, holding a torch in one hand and an olive branch in another. Her Grecian gown flows out and around her body, with sunbeams radiating from beneath her feet. The romanticism and the magnificence President Roosevelt believed American coinage lacked was found in the Saint-Gaudens Double Eagles.

Of course, all good things must come to an end, and eventually the mines were depleted. Due to massive gold and capital outflows, the United States departed from an exclusive gold reserve in 1931. By April 1933, President Franklin D. Roosevelt ordered all Americans to surrender their gold, instantly making the 20 dollar gold pieces rare and even more valuable. So rare, in fact, that of the 445,000 Double Eagles produced in 1933, only three are known to exist in private and public collections. In 2001, one of the three went up for auction and fetched a record-breaking $7.5 million dollars. Talk about impressive! Where are the other two? Right here in the National Museum of American History. 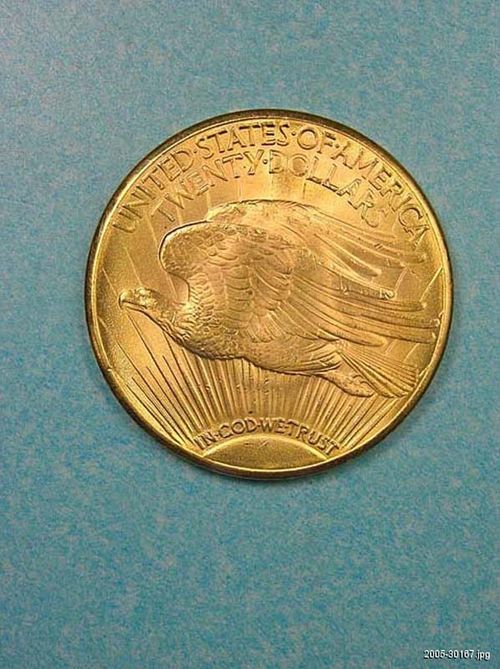 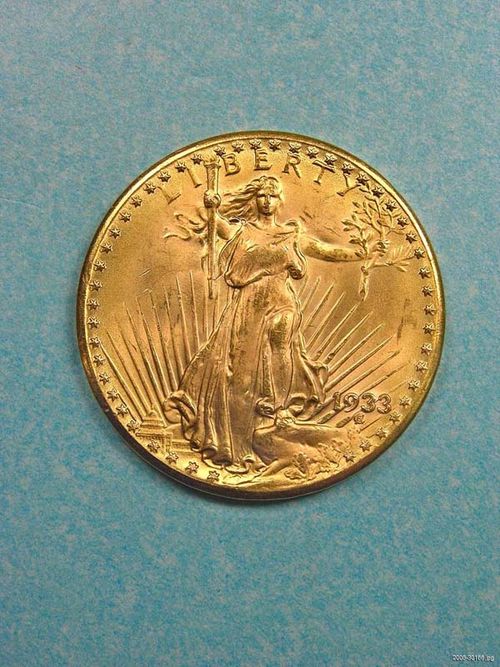 United States, 20 dollars, 1933, designer Augustus Saint-Gaudens. This is of the two 1933 (the year most gold coins were called back to the mint and melted) Double Eagles in the collections of the National Museum of American History.

I feel incredibly fortunate to have worked with such a significant part of American history, and I encourage you to visit Stories on Money to see these legendary coins for yourself!

Jennica Rzepka is an Intern for the National Numismatic Collection at the National Museum of American History.

Posted in From the Collections, Intern Perspectives, Numismatics