Faces from the Civil War battlefield

"You wouldn't shoot a wounded man!" were the last words Capt. James L. Rickards would shout on the front lines of the battlefield of Antietam, during the single bloodiest day of the Civil War. An injured Confederate soldier had approached Rickards and other men of the 1st Delaware Volunteers, using his gun for support. When a fellow Union soldier rose to take aim, Rickards intervened and chastised the soldier for being too eager to kill. The Confederate took advantage of the pause and instantly fired upon Rickards. The Captain died as a massive volley of returning fire took the Confederate soldier's life. 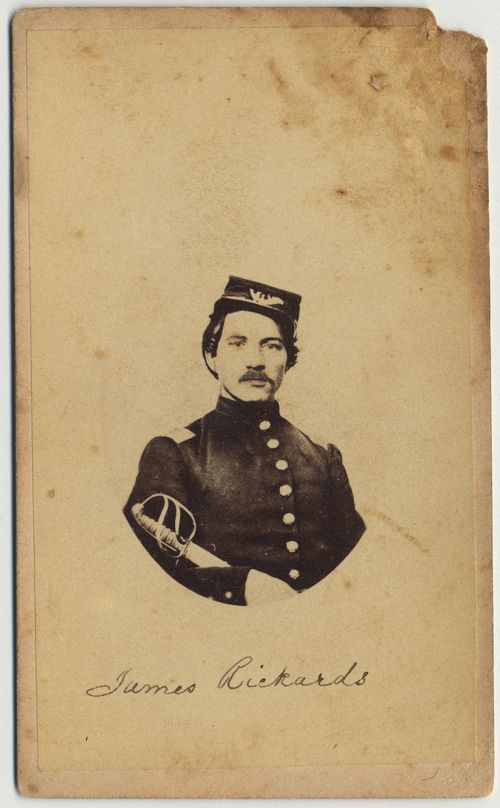 This carte-de-visite depicts Capt. James L. Rickards and was taken at Garrett’s, in Wilmington, Delaware, about 1862. Rickards joined the 1st Delaware Volunteers, and by April 1862 would become a captain in the Union army.

This narrative of Rickards' death, recorded by Capt. William P. Seville, demonstrates the violent struggle between life and death on the battlefields of the Civil War. The portrait above of Rickards is part of a collection donated by Seville’s daughter, Marian Wells Seville (May 2, 1878-March 8, 1947) in 1931. Seville worked as a library cataloguer and library assistant for the Smithsonian. Her father, Captain Seville, also served with the 1st Delaware Volunteers during the Civil War. Throughout the war, he obtained carte-de-visites of the men he served with, and eventually wrote The History of the First Regiment, Delaware Volunteers: From the Commencement of the “Three Month’s Service” to the Final Muster Out at the Close of the Rebellion in 1884. Today, these portraits of Civil War soldiers help us create a more personal understanding of the war.

A hundred and fifty years have passed since America witnessed the bloodiest one day battle fought on her soil. More than 23,000 lives—including Rickards'—were lost on both Union and Confederate sides, with more than 17,000 injured. September 17, 1862, marks the day that Union Army Maj. Gen. George B. McClellan launched a powerful and fierce attack on Confederate Gen. Robert E. Lee’s troops. Equally brutal counterattacks from the Confederates would create a day of carnage and ultimately a stalemate. Although there was no clear victor, Lee's troops had retreated into Virginia, and President Lincoln would declare this battle a victory to keep the war effort moving forward.

While we know the details of the battle and names of the generals, those who had perished during this harsh battle were mostly young men. Men like Capt. James Leonard, Capt. James L. Rickards, and Capt. Evan S. Watson, who all served with the 1st Delaware Volunteers, and gave their lives at Antietam. 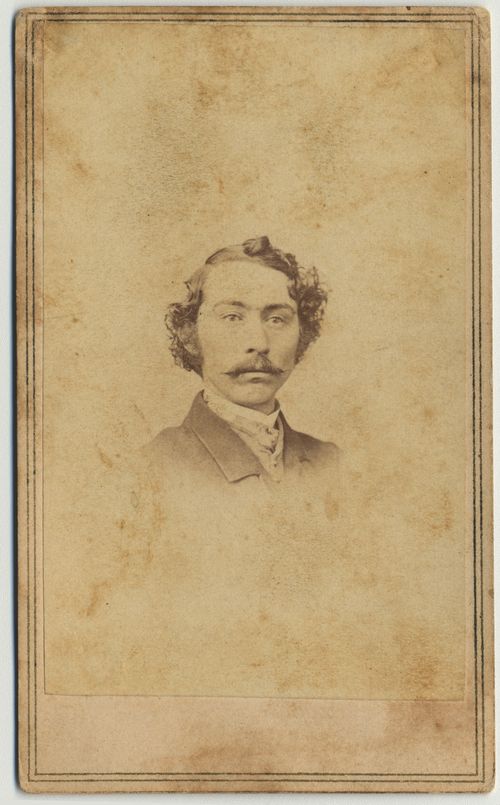 Currently on view at the Smithsonian Castle are the portraits of the civilian New York Times reporter T.C. Grey, and Surgeon-in-chief David W. Maull from the Seville collection. They are included in the exhibition Experience Civil War Photography: From the Home Front to the Battlefront. The collection of 26 cartes-de-vistes portraits and the biographies of the men can be found on the museum’s Flickr site. The National Museum of American History welcomes the public's interest in adding information and contributing to the conversation about the soldiers.


View the slideshow above or see the images on Flickr.

Do you know more about these men’s stories? Please let us know and contribute to this growing history.

Maria R. Eipert is an intern in the Museum’s Photographic History Collection. She researched and wrote the biographies of the men depicted in the Seville Collection.