Growing up in Detroit in the 1950s and 1960s I can recall the many lovely tall elm trees shading the streets and sheltering the numerous birds and squirrels in our neighborhood. I also vividly remember the efforts used by the city government to protect the elms and other vegetation from diseases caused by foreign insects.

A government official would drive through the neighborhood with a loudspeaker warning people to close their windows. Following him was a truck laden with chemicals going up one side of the street and down the other spraying the trees with a foggy mist of insecticide. Occasionally and without warning we would also see low flying planes spreading chemicals throughout the area. My parents insisted we stay indoors during the spraying and I wondered, “If it wasn’t safe for us to be outside, what was happening to the birds and animals that lived in the trees? Were they being poisoned along with the insects?"

Years later as an adult I read the book Silent Spring by the biologist Rachel Carson and learned that indeed some birds and animals, including a few domestic pets, were harmed from the widespread use of these pesticides. 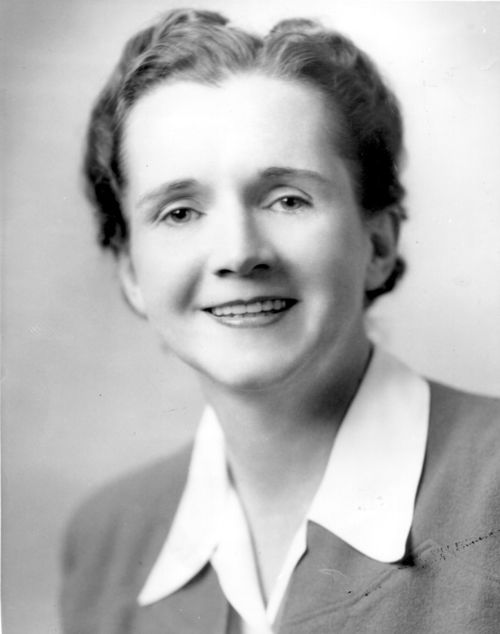 September 27, 2012 marks the 50th anniversary of the publication of the complete edition of Silent Spring, a book that generated both concern and controversy over the indiscriminate use of synthetic chemical pesticides.

Rachel Carson grew up intending to be a
writer 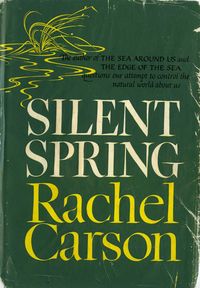 but her love of nature and the influence of a favorite science professor led her to graduate school at Johns Hopkins University and an advanced degree in biology. In the early part of the 20th century it was unusual and difficult for a young woman to pursue a career in the predominantly male field of science. Carson’s determination and excellent writing skills helped her acquire a position at the US Bureau of Fisheries, now the US Fish and Wildlife Service, where she spent 15 years as a government biologist researching and gathering material on marine life for the agency’s pamphlets and publications. As the sole supporter of her family, she also wrote nature essays and articles for periodicals such as Harpers and Atlantic Monthly to supplement her income. The popularity of these articles eventually led to the publication of bestselling books.

Carson’s final book Silent Spring, published in 1962, was the result of years of research and conversations with other scientists regarding the development and use of synthetic pesticides and DDT(dichlorodiphenyltrichloroethane) in particular. She was concerned not only with their immediate effects but with the long term ecological consequences of the chemicals. Although they provided a valuable method of eradicating pests, Carson was convinced that the misuse of these poisonous chemicals was dangerous and detrimental to the balance of nature.

A best seller and Book-of-the-Month Club selection, Silent Spring had a powerful impact on the American public and initiated a greater interest and responsibility for protecting the environment. Although makers and users of these chemicals spoke out against the book and Carson’s research, a study by the Presidential Science Advisory Committee in 1963 supported her findings that pesticides were being misused. New Federal laws and regulations were put in place to limit and in some cases ban the use of these toxic chemicals. 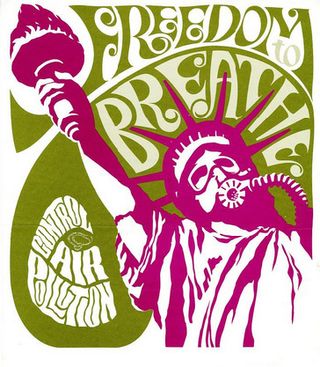 Although much has changed in the fifty years since Silent Spring was published we must never forget its message. If we don’t strive to balance the needs of people and nature, someday we may truly have a “silent spring.”

Patricia Mansfield is an Associate Curator in the Division of Political History at the Smithsonian’s National Museum of American History.

Posted in Smithsonian Gardens, From the Collections, Women's History