Covered wagons and the American frontier 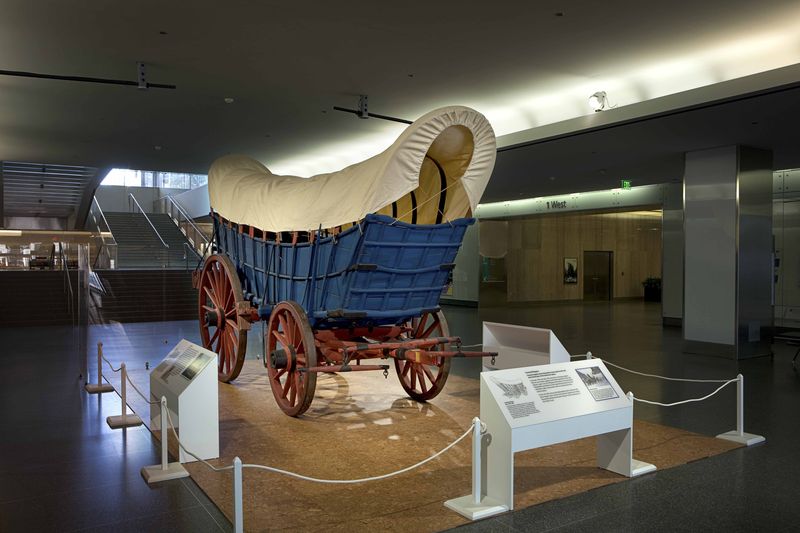 This ca. 1840-1850 Conestoga wagon, a freight hauler in Pennsylvania, represents the role of covered wagons in pushing the American frontier westward. This Conestoga wagon was put on display in September and will remain on view through late December 2012.

The launch of privately owned spacecraft to resupply the International Space Station calls to mind another sophisticated "truck" that resupplied pioneer settlers west of the Allegheny Mountains 200 years ago. Rugged but scientifically designed, the Conestoga wagon was the 18-wheeler of its day, the undisputed king of the road in a procession of freight wagons that formed an umbilicus from Philadelphia and Baltimore to ports on the Ohio River. Conestoga wagons carried finished goods and supplies westward and returned with barrels of flour, whiskey, tobacco, furs, coal, iron, and other marketable frontier products. Carrying up to five tons of cargo, they made a crunching sound as they trundled over crushed stones that paved the National Road and the Pennsylvania Road. Their billowing white covers earned them the historical nickname "inland ship of commerce." 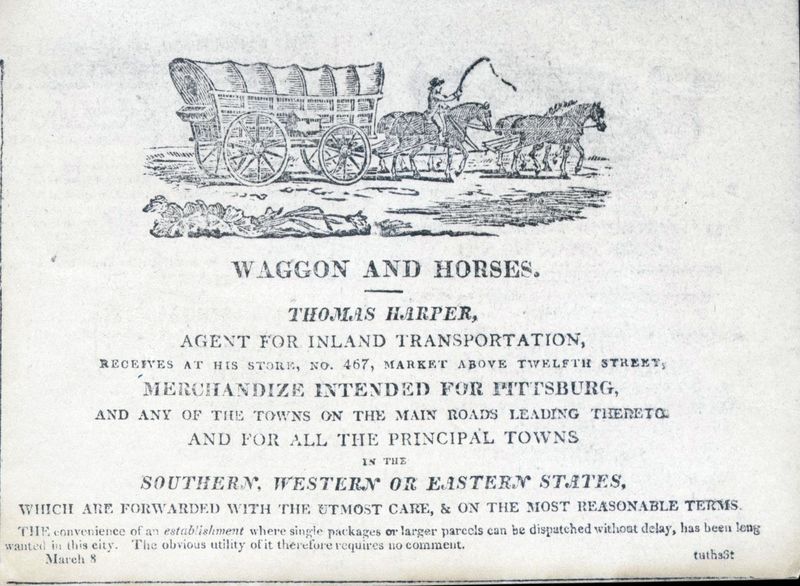 Covered wagons helped push the American frontier all the way to the Pacific Ocean, but for western trails the Conestoga wagon morphed into the prairie schooner. Smaller, lighter, and lacking the distinctive curve, prairie schooners carried household goods and some family members—most settlers walked. Prairie schooners have been celebrated in novels, television, and a popular computer game, and the identities of the two wagons often have been blurred. That's where museums can help. In September, the National Museum of American History placed on display its Conestoga wagon from the 1840s. Labels explain that this wagon, one of the largest ones ever made, is a relic of freight hauling in Pennsylvania.

The Conestoga wagon originated near the Conestoga River in southeastern Pennsylvania. The wagon body's unique curved shape jostled items together and prevented cargo from tumbling like tenpins on slopes. Huge, broad wheels glided over rough patches. But Conestoga wagons weren't just practical brutes; they were beautiful. Prominent examples of German-American folk art, they were painted blue with red trim, and decorative iron work on the tool box was black. 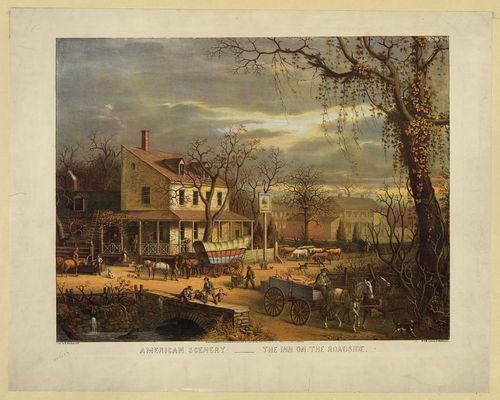 Conestoga wagons presented new opportunities to earn a living. The wagoner, like his wagon, was tough, robust, and picturesque. He wore colorful flannel shirts and smoked long, thin cigars nicknamed "stogies." During the three-week, 250-mile journey, he walked, rode the left horse nearest the wagon, or sat on the lazy board, which projected from the left side. In summer he slept outdoors, and in winter he bedded down on a roadside tavern floor near the fireplace. His horses ate from the feed box, which he removed from the rear and attached to the wagon tongue.

The Conestoga wagon era abruptly ended in the 1850s, when railroads connected Philadelphia and Baltimore to the Ohio River. Luckily, several dozen Conestoga wagons have survived in museums and private collections. The Smithsonian acquired its wagon in 1962, the year that John Glenn's orbital flight gave America a foothold in space.

Roger White is an associate curator with the Division of Work and Industry at the National Museum of American History. He is responsible for the museum’s Road Transportation Collection and has blogged about other interesting vehicles in the collection. The Conestoga Wagon will be on display through late December 2012. Watch this time-lapse video of the wagon being assembled in the museum.