Looking for a creative costume for your upcoming Halloween celebration? We have some quick ideas pulled straight from our collections, guaranteed to make you stand out in a sea of ninjas and pirates. 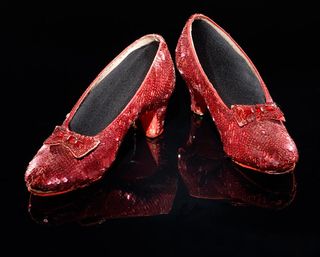 Our Ruby Slippers from The Wizard of Oz

Inspired by Hollywood Costume at the Victoria and Albert Museum, which has our Ruby Slippers on display (they return on November 21), why not dress up as Dorothy?

Don’t forget: Practice your "Somewhere Over the Rainbow" and "lions and tigers and bears oh my" while skipping with your friends, arms interlocked. If you gravitate towards scarier costumes, be the tornado that picked up Dorothy’s house by wearing black, tussling your hair, taping a small image of a farm house to yourself, and making whooshing sounds. 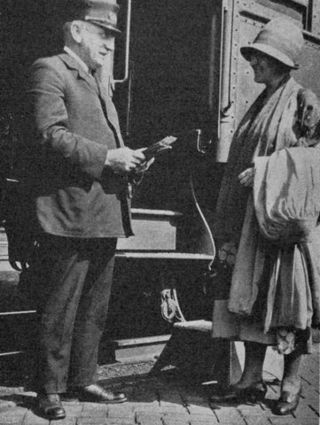 If you like to be in charge, this costume is for you. Conductors didn’t just collect tickets. They were "captains" of the train, which originated in maritime tradition at a time when many train conductors had been steamboat captains. As a conductor, you’ll need to supervise the train crew, look out for everyone’s safety, collect fares, and determine when the train can safely depart a station.

Don’t forget: Shouting "all aboard!" at regular intervals is completely appropriate, unless you’re trying to be a conductor of a sleeper car, in which case you should whisper. Avoid collisions or derailments by synchronizing your friends' watches and always follow the rule book. 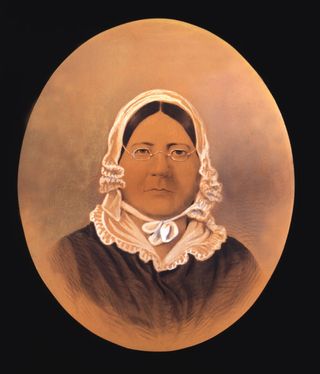 This image is the only known likeness of Mary Pickersgill. She was 40 years younger when she made the Star-Spangled Banner, and was already a successful entrepreneur.

If you already have a long dress with long sleeves, dressing as the woman who sewed the Star-Spangled Banner plus a second, smaller flag for Fort McHenry in Baltimore, Maryland, should be a cinch.

Don't forget: Your costume might be modest, but you should be the life of the party. Pickersgill was paid $405.90 for the flag that became the Star-Spangled Banner, more than most Baltimoreans earned in a year. Pepper your speech with flag-making vocab Pickersgill would have used, such as "bunting," "English wool," and "blue canton." 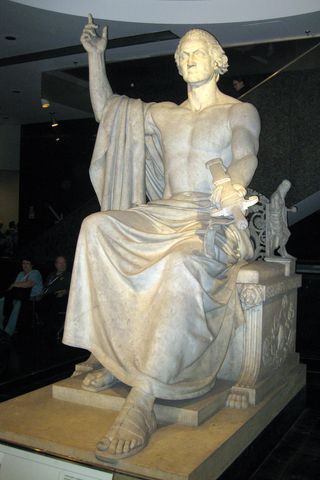 Photo of the statue courtesy of Flickr user wallyg

Have a particularly admirable physique? Consider modeling yourself after our own George Washington statue. Commissioned by Congress in 1832 to commemorate the first president's 100th birthday, the statue is modeled after a classical Greek statue of Zeus. But the semi-clothed president sparked controversy and criticism as soon as it arrived in the city in 1841. It was later moved to this museum.

Don't forget: Hold the blade of the sword with the handle out, because you're handing your power to the people. You should also pick the best chair in the room during Halloween festivities; after all, Washington is sitting on an elaborate, throne-like seat in this sculpture. 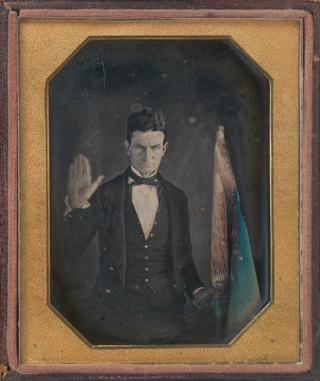 The earliest known likeness of radical abolitionist John Brown, this portrait was made by pioneering African American daguerreotypist and fellow abolitionist Augustus Washington.

Whether you consider him to be a traitor or a warrior for justice, you're guaranteed to get attention dressed as John Brown.

Don't forget: Plenty of product in your hair to create that wild man volume. 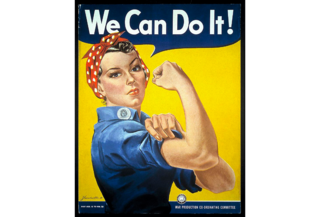 "We Can Do It!" poster in the museum's collection

You can do it! Artist J. Howard Miller produced this work-incentive poster for the Westinghouse Electric & Manufacturing Company. Though displayed only briefly in Westinghouse factories, the poster later became one of the most famous icons of World War II.

Don’t forget: Practice your flexing pose and look confident. To really get into the World War II spirit, remind others to "Use It Up—Wear It Out—Make It Do!" 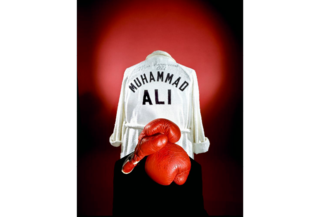 In 1976 the Smithsonian acquired Ali's boxing gloves and robe.

Float like a butterfly, sting like a bee all Halloween night. At the donation ceremony, Ali predicted that his Everlast gloves would become "the most famous thing in this building."

Don't forget: You're the Greatest of all time!