How to cope while the ruby slippers step out

The Ruby Slippers worn by Judy Garland in the 1939 MGM film The Wizard of Oz are on their first trip to Europe. They are on loan to the Victoria and Albert Museum in England, where they will be reunited with Dorothy's blue-and-white gingham pinafore dress for the first time since filming completed in 1938. While the British enjoy a rare peek at the shoes as part of the Hollywood Costume exhibition, there's still plenty to see here while we wait for the sparkly, size five shoes to return to exhibition on November 21. 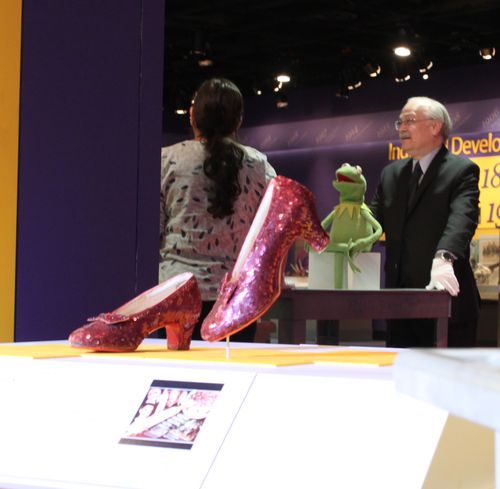 While the Ruby Slippers are out, Kermit takes center stage

In The Wizard of Oz, it all starts with a tornado picking up Dorothy's house and carrying it far away. This isn't exactly how the museum acquired a 200-year-old, two-and-a-half story house that used to stand at 16 Elm Street in the center of Ipswich, Massachusetts, but, nonetheless, it's here. In Within These Walls, you can explore the history of the house and its residents from its construction in the 1760s until 1963, when it was carefully taken apart and shipped to the museum. Within These Walls is located in 2 West.

The Wizard of Oz was a turning point in Judy Garland’s career, filmed when she was only 16 years old. Later in her career, she performed vaudeville at the Palace Theater in New York, where she was cheered by enthusiastic fans. Near the Mall entrance, you can see a portrait of Garland by photographer Richard Avedon, her arms full of flowers given to her by fans. 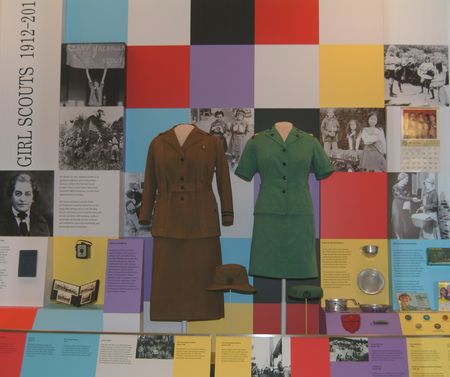 Early in the story, Dorothy meets Glinda, the Good Witch of the North, who provides some much-needed guidance. A good lady of the South (Savannah to be specific), Juliette Gordon Low guided and inspired young women through her creation of the Girl Scouts of the USA. On the museum's first floor, you can see a copy of her handbook for the Girl Scouts, as well as a leader's uniform from the mid-1920s. Bonus—a portrait of Low as a young society debutante (very Glinda!) is currently on display at the National Portrait Gallery. 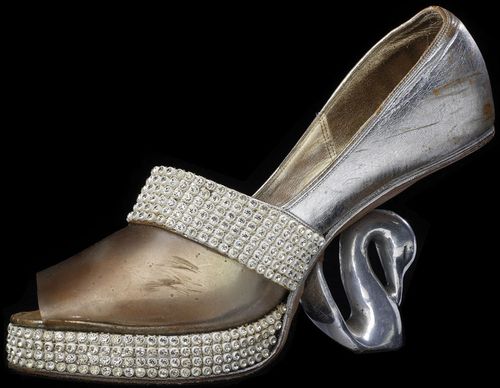 Glinda advises Dorothy not to take the ruby slippers off her feet—but with their irresistible sparkle, who would want to do that? Celia Cruz, "The Queen of Salsa," understood the power of a glittery stage persona and you can see many pairs of her high heels near the Mall entrance.

Toto was a small dog with a lot of 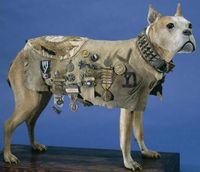 personality, which reminds us of Stubby. During World War I, Stubby became the mascot of the 102nd Infantry, 26th Yankee Division. He learned the bugle calls, drills, and even a dog salute. Stubby served in France and, for his bravery, became Sergeant Stubby, the first dog to be given rank in the United States Armed Forces.

Dorothy's friends Scarecrow, Tin Man, and Cowardly Lion shouldn't be left behind. Scarecrow would feel at home in our America on the Move exhibition, where he might learn about how railroads changed agriculture. Celebrate courage, the quality Cowardly Lion lacked, by exploring the Star-Spangled Banner exhibition to learn about the War of 1812. 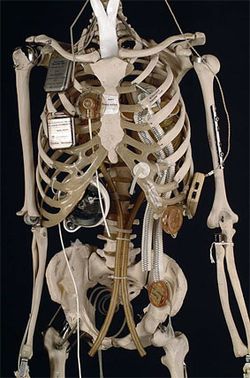 Fan of Tin Man? Don't miss Yorick, a skeleton who makes up for organs (such as a heart) with gadgets. Yorick is in the artifact walls at the Constitution Avenue entrance.

The museum may lack a Wicked Witch of the West but we do have something similar to flying monkeys: snowboarding gear. In our artifacts case at the Constitution Avenue entrance, spot a "Snurfer," an early snowboard prototype as well as the snowboard Shaun White used at the Winter X Games in 2010, where he landed two back-to-back double corks and ended with a double McTwist 1260.

While the ruby slippers enjoy their trip abroad, the museum store will remain stocked with Oz-inspired merchandise, including a book, an ornament, and kid-sized ruby slippers.

Can't visit in person? Don't miss our blog post on Technicolor, which made Dorothy’s shoes sparkly red, the Scarecrow costume worn by Ray Bolger in the movie, the movie script, and this Smithsonian Channel video about the sparkly shoes.

Erin Blasco is an education specialist in the New Media Department. In the past, she has blogged about what makes curators laugh and answers to other questions.