Collecting on the campaign trail

Editor's note: Political conventions generate a lot of stuff, including signs, pins, and, well, cheesehead hats. In this post, Project Assistant Sarah Coffee shares what she learned by interviewing curators Harry Rubenstein and Larry Bird for the History Explorer Podcast. 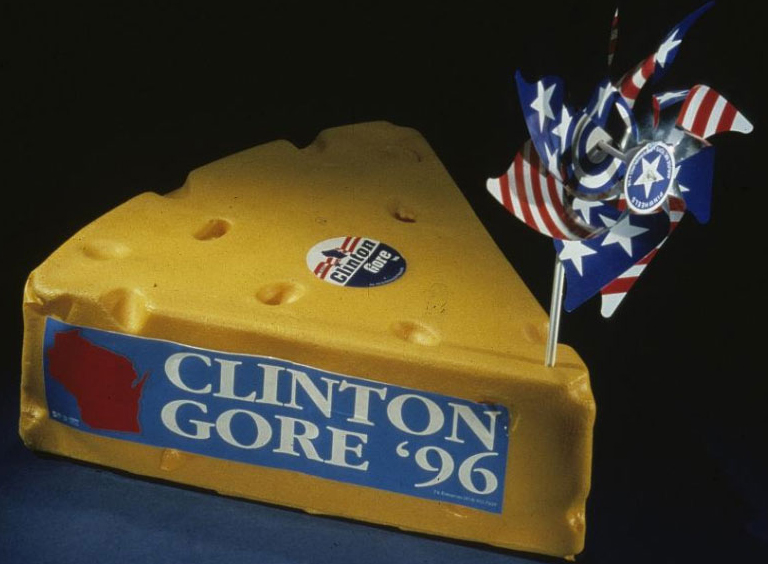 Patricia Hawley decorated and wore this hat while serving as a Wisconsin delegate to the 1996 Democratic National Convention in Chicago, Illinois.

It's not the most "conventional" way to start a conversation, but it's a tried and true method for museum curators Harry Rubenstein and Larry Bird to begin conversations with national convention attendees that may—if they're lucky—result in a piece of political memorabilia becoming part of the museum's collection.

Today, Americans cast their ballots in the presidential election. After many months of rallies, debates, political ads, and general hullabaloo, it seems like an appropriate time to look back and try to recall exactly how we got here. Yes, the presidential campaign cycles are getting longer, but it wasn't so long ago that Republicans and Democrats were gathering for the biggest events of the campaigns—the national nominating conventions.

Watching the conventions on television, you may have reveled in the hat- and sign-making inventiveness of the state delegates or rolled your eyes at the pomp and pageantry. Either way, it's clear that the conventions tell us a lot about the political climate, hot-button issues, and even pop culture of a particular election year. No one knows this better than curators Harry Rubenstein and Larry Bird, who have been attending and collecting at national nominating conventions since the 1980s.

Together, "Harry and Larry," as they're called by their colleagues, have gathered and saved a wealth of material for the museum, adding to a collection that spans all the way back to the very first presidential elections. This poster, for example, from the 1864 election shows portraits of the candidates for president and vice president as well as their party platforms. The poster provides the same types of information delegates need today but presents it in a very different format from the pointed signs seen at contemporary conventions. 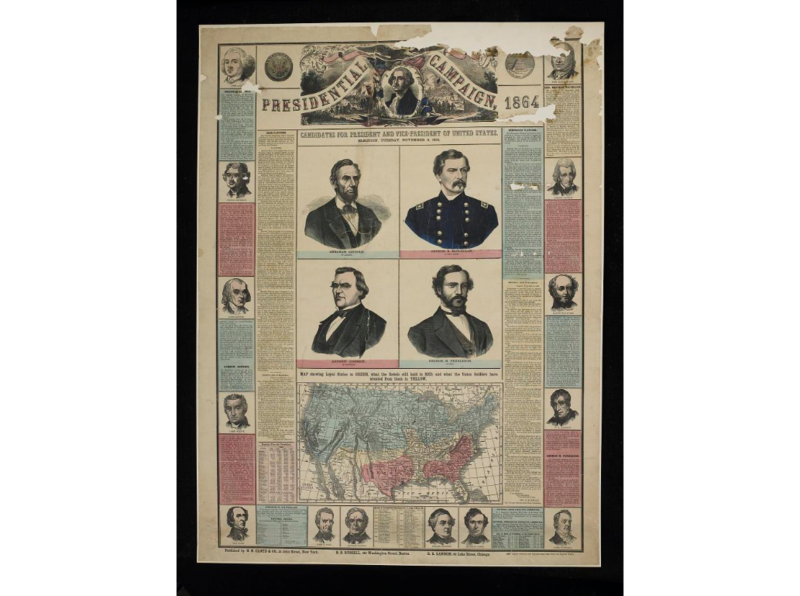 It's not always easy to get delegates to part with their convention gear. "It's pretty tough," said Larry in this interview. "One of the ironies of this game that we play with the delegates is we want it to mean something to them—and often that's what you can't collect, at that moment, anyway." But there are also mass-produced items that come into the collection. "In the olden days, we may have had an Andrew Jackson plate; today we have an Obama action figure," said Harry of items for sale by vendors.

Over the years, they have seen changes in technology that reflect the rise of TV and the internet. The collection reflects these innovations; they recently acquired one of the "go" lights that work together with teleprompters, telling speakers when to begin and when to wrap things up. Harry and Larry have also seen a certain level of continuity over the years, reflected in the humble and ubiquitous campaign button, such as this campaign badge supporting Ulysses S. Grant's presidency.

Some of my favorite items are the elaborately home-crafted hats sported by many of the state delegates. These things come with the stories and personalities of the people who made them, and those are what Harry and Larry are most excited to hear about at the conventions, and why they find themselves asking perfect strangers about their headwear.

Do you have a favorite piece of political memorabilia? Or, are you interested in starting a collection? If so, you may find yourself asking a stranger at a rally, "so, tell me about your hat!"

To hear more about Harry and Larry’s collecting adventures, listen to this month's edition of the History Explorer Podcast.

Sarah Coffee is a project assistant with the museum’s Education Outreach team. 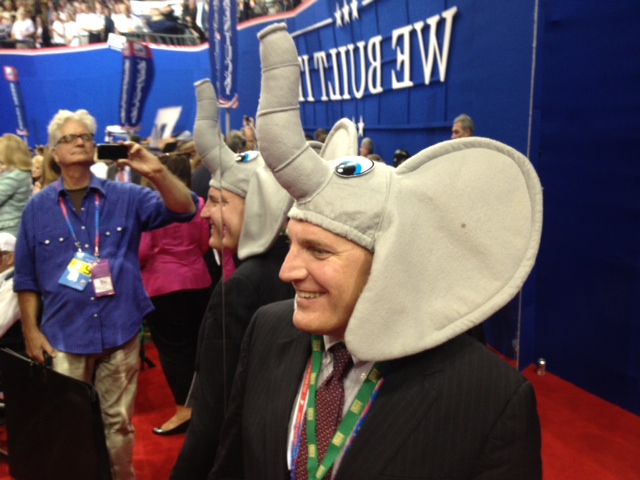 A delegate wears an elephant hat at the 2012 Republican convention. In the reflection, you can see curator Larry Bird snapping the photo to document the day.
Posted in From the Collections