Donor spotlight: A century of achievement, the commitment of a lifetime 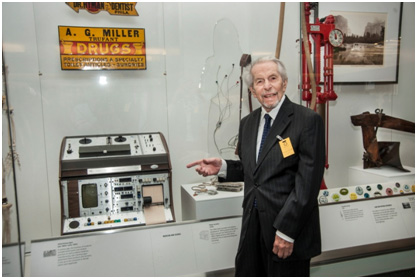 If your life spanned nearly an entire century of American history, how would you want your accomplishments to be recognized? When 99-year-old engineer, inventor, and entrepreneur Bruce Del Mar considered his personal legacy, he reached out to the Smithsonian, leading to the donation of several artifacts and a generous gift to the National Museum of American History and the National Air and Space Museum.

Born in Pasadena, California, in 1913, Bruce came of age during the Great Depression with a desire to advance scientific knowledge and technological innovation. After working as a Chief Engineer at Douglas Aircraft, Bruce founded the company that would later become Del Mar Avionics in 1952.

In 1962, Bruce directed a team of his engineers to begin work on a concept begun by Norman Jefferis "Jeff" Holter, which resulted in the Del Mar Avionics® Holter® monitoring system, the first commercially available diagnostic tool for cardiologists to monitor patients non-invasively to help diagnose heart disease. As Bruce explained, "We saw the need for medical equipment to fight the battle against heart disease, the number one cause of death in our society. We give great credit to the cardiologists who used our tools to find a cure for this deadly disease." Del Mar Avionics was the acknowledged leader in Holter monitoring technology for over 40 years.

On a sunny October day, Bruce and a group of his close friends paid a visit to our museum. The excited troupe toured several exhibitions, including the Star-Spangled Banner, American Stories, and the First Ladies exhibition, but the greatest moment of the day came when Bruce was reunited with the Holter monitoring equipment he donated.

Seeing a piece of his personal legacy on display in the nation's history museum, Bruce's face beamed with pride and happiness. After a long day of exploring the museum and learning about how we make history accessible to all Americans, Bruce and his friends prepared for the next day's visit to the Udvar-Hazy Center, where they would see the aircraft cabin pressurization system he invented in 1946.

As they waved goodbye, I couldn't help but wonder if I will have accomplished even half as much by the time I reach the age of 99 (in the year 2088!). One thing I know for sure is that I want to emulate Bruce's commitment to education and history by supporting institutions like the National Museum of American History.

Bruce's generous contribution to the National Museum of American History has helped introduce new generations to American ingenuity and innovation. Learn more about how you can help the museum advance its mission, either through a gift during your lifetime or a planned gift that will benefit the museum in the future.

Victoria Robinson is a development intern in the Office of External Affairs at the National Museum of American History. 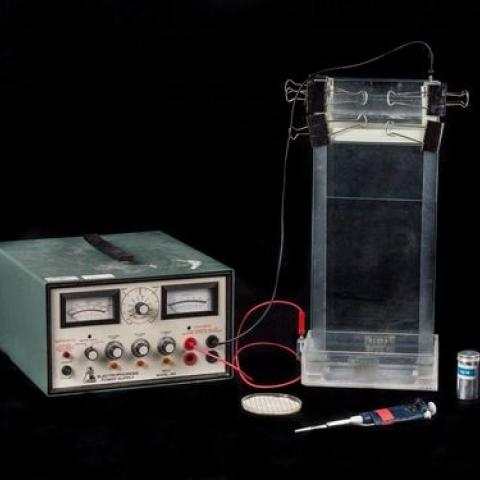