Caves, oil spills, and museums might not sound like the most likely sources of inspiration when it's your job to design costumes for a musical. But when you take a closer look at the costume Tony award-winning costume designer Susan Hilferty created for Elphaba, a complex character in WICKED with magical powers and emerald-green skin, you'll see what I mean.

Hilferty will sign the deed of gift for an Elphaba costume and broom from the musical on December 17 in a special ceremony that also includes a performance by WICKED actresses Donna Vivino (Elphaba) and Tiffany Haas (Glinda). Hilferty answered a few questions about her design process and the incredible details you can spot in the dress, which is currently on display in American Stories. 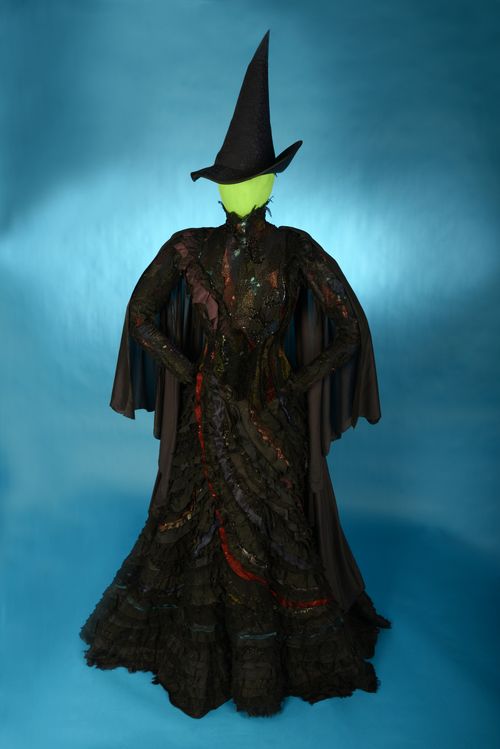 The Elphaba costume from the musical "WICKED," designed by Susan Hilferty

About how long did it take you to envision and flesh out the Elphaba costume? Where did you go for inspiration?

The process of designing all of WICKED was about two years and every costume—all the visual ideas, the setting, the whole sense of the world—takes place all at the same time so this particular dress of Elphaba's is only a thread in the whole tapestry of what we were trying to create with WICKED. I would say... that particular dress evolved. But it comes from creating a world in which WICKED can take place the same way that Adrian [Adolph Greenberg], who designed the costumes for “Wizard of Oz” in 1938, looked back and found inspiration to create his world. I did the same in creating mine.

My world... even though the story of Dorothy is parallel to our story, there's really nothing from the movie that we used other than the fact that Elphaba's green skin. So I went all the way back to the [Wonderful] Wizard of Oz books written around 1911 and the illustrations of [William Wallace] Denslow, who did the amazing illustrations in the first two [Wonderful] Wizard of Oz books. I was working through many, many images, trying to imagine a world as if a chunk of the earth had broken off in 1911 and gone off into space and then created a culture from what they knew from 1911.

Elphaba's clothing changes during the musical. How did that impact your design process?
For me what came first was trying to create the world of Shiz. Shiz University, what that would be like for me, it was really rooted in the idea of an English school with a headmistress. First I had all the kids in individual clothes and then I realized I wanted to create a school uniform with its own language. I have all of the uniforms as if you could go to the Shiz store and buy pieces and tie them together. Everything in the world is asymmetrical, so it's not balanced. When I was trying to figure out what the school colors would be, I moved Elphaba to be all blue so she was always the darkest person at school and Glinda to be all white so she was always the lightest person in the school and everybody in the middle was a mix. But Elphaba and Glinda always stood out. 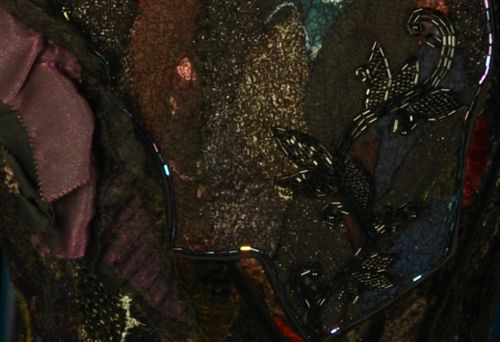 When I was creating the archetypal world, which is when they become their classic characters—good and evil—I would use the sky, light, stars, and rainbows for Glinda. Elphaba, who is always firmly planted on the earth, I have her come from the earth. The dress isn't black, it has many colors in it—the same way that mica or coal or jewels, when you think of mining into the earth, so that's why the dress is designed to feel like it's planted or coming out of the earth. She's connected. All of the asymmetry of the layering of the skirt that merges into the bodice. I designed it so it feels like it has a waist corslet but it should feel like it's carved out of stone as opposed to separate pieces. It's a cone that comes all the way up to the hat. Which also carries the asymmetry and it feels like a stalactite or stalagmite. She's grown out of the earth. I was just in a cave recently and looking at stalagmites and the gorgeous sculptural sense that it takes forever to create. 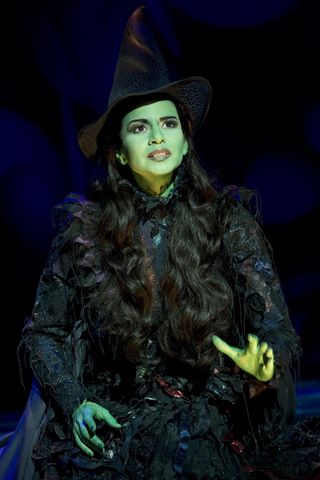 Mandy Gonzalez as Elphaba in "WICKED." Photograph by Joan Marcus.

How did you start the design process? What was it like working on the dress?
Costumes like this are actually haute couture. They're one-of-a-kind, made for a particular actress in a particular way and it requires incredible skill on the part of the many makers. First of all, I do a sketch and I have a very clear idea about what I want it to look like. And there is a draper who interprets my sketch. So we first look at in a toile or a muslin and that's just out of cheap fabric so I can look at what the draper has put together and really start looking at proportion.

While we're doing that step, we're talking about how it's going to be fabricated so we created many, many samples of what the surface would look like. The skirt itself, for instance, takes about 40 yards of fabric where we piece it together. We take yards of fabric, rip it up, and piece it back together again, to make it feel like an organic material, which incorporates many, many different colors. Then they are stitched together by one person and it takes her about 40-60 hours stitching all of those layers on so they're right up next to and around each other, almost like a topographical map. There's no straight lines, it's constantly curving and changing and coming back to wanting it to look like the earth. The bodice layer—once again, we take different fabrics and take them apart and re-put them back together again in way that makes them feel organic or like the inside of a broken piece of coal. [Editor’s note: this video explores how Hilferty created the costume for Madame Morrible, another character.] 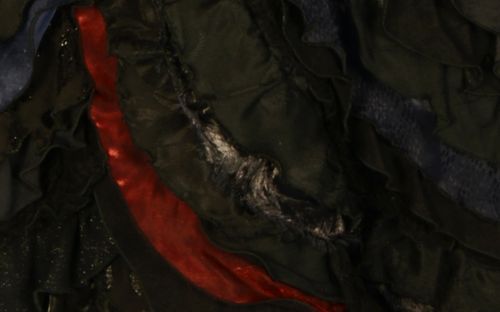 I watched a video on the musical's YouTube channel about the intricate beading in each costume. What do you think beads and other tiny details add to the Elphaba costume?

We include some beading, some irregular beading, and different stones and textures. There's a real sense that it's raw. There are a lot of edges that feel either torn or... things hanging down, things that are connected and hanging from rock. And then it comes up to the throat and has a ragged edge and there's nothing clear in it—everything feels like it's blending. Because I was looking back at chunks of earth that had been cut off from 1911. I was looking at the Edwardian silhouette as inspiration for a lot of the dresses. It isn't specifically that. It's just inspired by the Edwardian silhouette.

Each costume moves so differently on stage. We noticed this one has sort of a cape element to it. Was there a certain way you wanted this dress to move?
It feels like it's solid. The Glinda dress feels like it's really floaty. They actually weigh the same. When you look at the Glinda dress, she looks like she's a bubble that might float away. The Elphaba dress looks like if she melted (which is a myth in our story), she'd go back into the earth.

The cape in the back is not worn in all the scenes. There's a moment when she has a great song in which it floats behind her. The air picks it up and floats behind her, and it makes her into a bigger, more magical figure. Physically, she has to do so much in this dress—she's running around. What you can't see is the inside of the dress is completely clear and clean so she can run, fall to the ground, get up, fight. So it also allows her to do whatever any Elphaba has to do physically. [Editor's note: Costumes in WICKED work hard; this video explains costume maintenance.]

Stay tuned for another interview with Hilferty about her work on WICKED and how it feels to have her work in the Smithsonian's collection. Erin Blasco is an education specialist in the New Media Department. 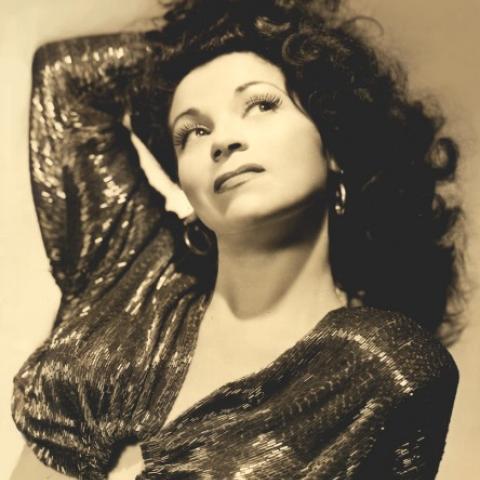 Part II: Five questions with Susan Hilferty, costume designer for "Wicked"
Susan Hilferty's costumes for the musical WICKED are part of a carefully crafted world, one that she envisioned "had...