Editor's note: A tweet from the National Museum of African American History and Culture recently caught our eye. They asked an interesting question: who was your first friend of another race? For curator Karen Lee, her first friend of another race was also her first best friend. In the Thanksgiving spirit of reflecting on memories, family, and friends, we're sharing the story of Karen's recent reunion with her best buddy from long ago.

We didn't recognize each other at first. When her Dad answered my call from the airport he said, "Find Tammy, she's at baggage claim, I'll pick you both up." Last I had seen her, I was nine years old. Once we stood face-to-face, 41 years evaporated through our tears. Without hesitation I said, "Let's go, your Dad's outside in the car." Driving from the airport in Shreveport to their farm in Mansfield, Louisiana, we laughed about our momentary disconnect—did we seriously think we would recognize each other after four decades? Then I pulled out a photograph of us—inseparable friends in New York during the 1960s—and the memories erupted. We didn't stop smiling, crying, eating, or remembering for the rest of the weekend. 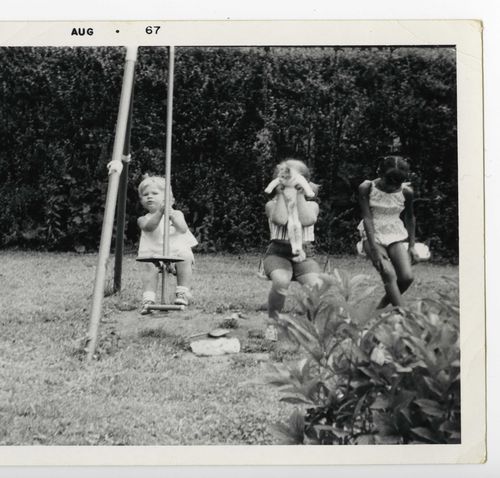 Tammy and I grew up together in Peekskill, New York, where my grandfather settled after immigrating from Czechoslovakia. Tammy's Dad moved his family to New York for better teaching jobs but later returned to Louisiana when his in-laws became sick. Looking back, he recalled the difficulty of going back to segregated schools in Mansfield after teaching in integrated ones up North. Tammy's brother Horace Sharp served two tours in Vietnam. Sometimes we'd sneak into his room to snoop around. I remember his art work taped to the walls. Now his paintings hang in museums. 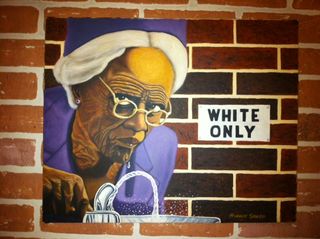 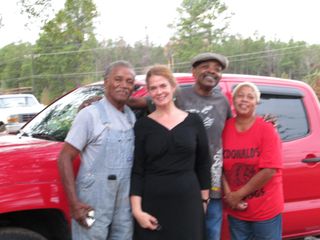 Adulthood had taken Tammy and me in different directions and we lost touch. While I was traipsing around the world, she built a family. She worked hard and tried her hand at many trades to raise eight kids. She loves her current job in the local elementary school kitchen. "Feeding people makes me happy," she told me. We share this love for feeding people but, unlike me, she's at ease cooking for large numbers. Tammy's kids now have their own children so when she prepares a family dinner, it's usually for 20 people. 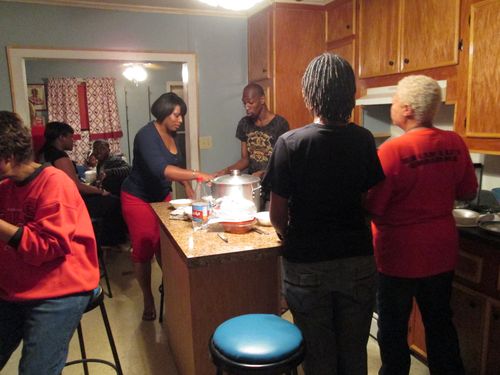 My life—full of friends and professional responsibility—seems lacking by comparison. But when I mentioned it, Tammy was quick to remind me that I've visited all the places we used to fantasize about when we played with the globe. How many times had we tried to dig to China? And where did that idea come from? Turns out it was inspired by a storybook our grade-school teacher used to read at nap time. Would any kid today—with the internet and Facebook friends around the world—ever believe you could dig to China? What a different world we grew up in.

At church on Sunday, when the pastor asked if there were any visitors, my first thought was to ignore him until I realized I was the only white person in the audience. Moments later Tammy made an amazing dedication to our childhood—testifying to how, "we didn't know the difference between Black and White." She and the choir dedicated a song to me that I'll never forget. 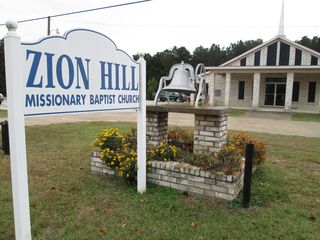 Tammy's brother Horace took me to visit his mother's grave—fulfillment of a promise I made to my mom. She and Mrs. Jones were best friends, too, and it was my mother's ongoing contact that led me back to this, my first family. So as I look forward to celebrating Thanksgiving with my mother in Peekskill, I look back with certainty that attributes of my personality—curiosity for world culture, stubborn persistence for righteous causes, and optimism despite despair, to name just a few—were lovingly shaped by this vibrant family and good luck that Tammy was my first best friend. Before I left Mansfield, she reminded me that we will always be best friends no matter the time or distance. Happy Thanksgiving.

So who was your first friend of another race? Tell us in the comments below or send us a tweet.

Above, video clips of Karen's trip.

Karen Lee is a curator of numismatics at the National Museum of American History. Karen's first book is The Private Sketchbook of George T. Morgan, about the sculptor and coin designer George T. Morgan, whose works of art include the Morgan silver dollar minted beginning in the 1870s. The book is now available.