Editor's note: David Baker died on Marc 26, 2016. He will be remembered for his commitment to jazz and his incredible service to the Smithsonian and its audiences around the world.

With the shift Baker slows his superman pace to mere musical wunderkind. 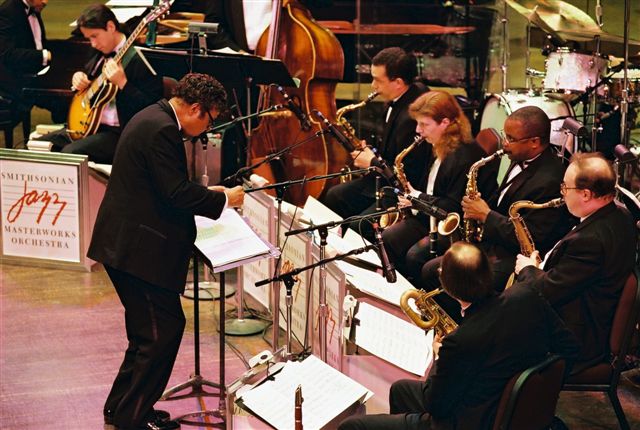 Born December 21, 1931, in Indianapolis, Indiana, Baker played trombone in the bands of jazz luminaries Stan Kenton, Maynard Ferguson, Lionel Hampton, and Quincy Jones, before becoming an educator. He is Distinguished Professor of Music and Chairman of the Jazz Department at the Indiana University-Bloomington School of Music, where he has taught over four decades and has earned a world-wide reputation.

As a doctoral student at Indiana University, John Edward Hasse, the museum's Curator of American Music and founder of the SJMO, came under Baker's mentorship. "Unknown to me at that time was how significant he would turn out to be in my life and career, and how important he would become to the Smithsonian Institution," Hasse said in Monika Herzig's book on Baker, David Baker: A Legacy in Music. 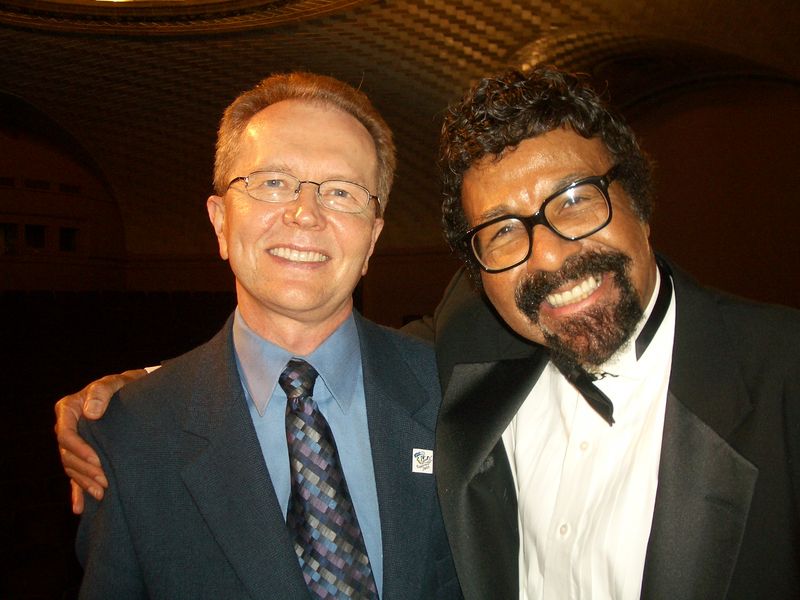 When the Museum extended an invitation in 1990 for Baker to lead the nation's only jazz repertory orchestra headquartered in a museum, Baker accepted on condition that his friend Gunther Schuller serve as co-director. With a musical capacity that extends from classical music to jazz, sacred music to film scores, song cycles to symphonic works, Baker came to the Smithsonian with stellar tools to help build its stature as a jazz powerhouse and home of "the nation's jazz orchestra." 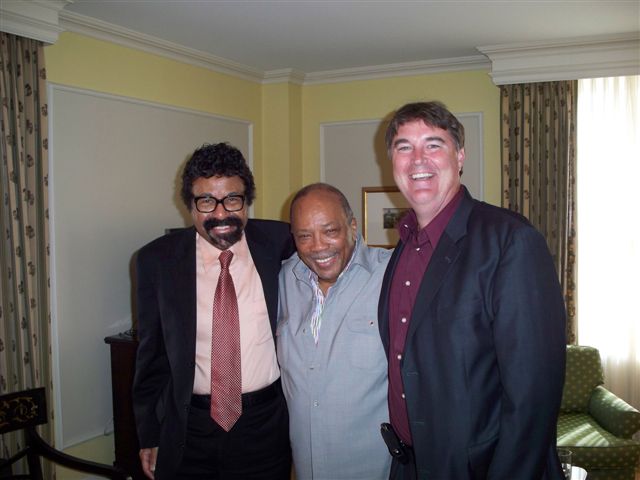 In 1993, the band performed at the White House Jazz Festival and, in conjunction with the Smithsonian's traveling exhibition Beyond Category at the Apollo Theater in Harlem, New York. In 1994, Public Radio International network launched a Smithsonian Jazz radio series narrated by Lena Horne with performances by David Baker and the SJMO. In 1996, Schuller resigned as musical co-director, and Baker forged ahead, conducting the band at the Cultural Olympiad at the Olympic Games in Atlanta, Georgia. 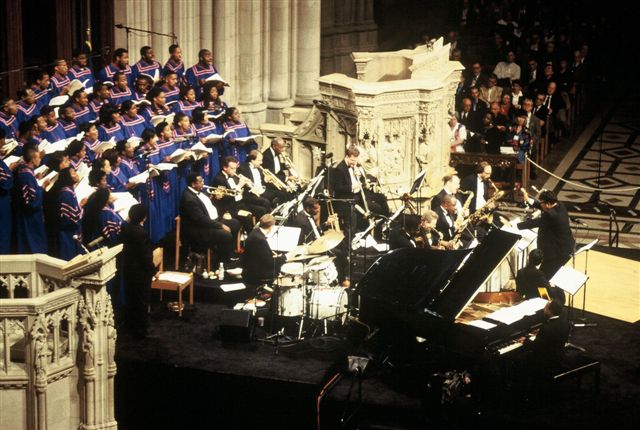 Another special night was April 29, 1999, the centennial of Duke Ellington's birth. At Washington National Cathedral, Baker conducted the SJMO, three vocal soloists, a choir, and a tap dancer in Ellington's Sacred Concerts. Also that year, Baker led the band in an Ellington tribute across the U.S., Canada, Europe, and Turkey. 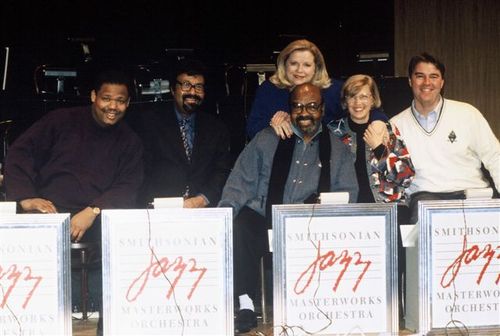 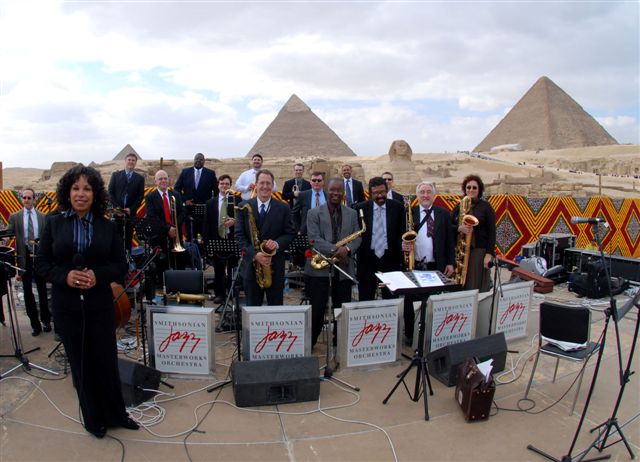 SJMO 2008 performance in Cairo, Egypt, at the Pyramids of Giza

Another highlight was Baker and the band's concert tour of Egypt in 2008, sponsored by the U.S. State Department. In 2011, Smithsonian Folkways issued Jazz: The Smithsonian Anthology, a six-CD, 111-track set with 200-page book. Baker authored four track essays and was a member of the five-person executive committee that chose the music. 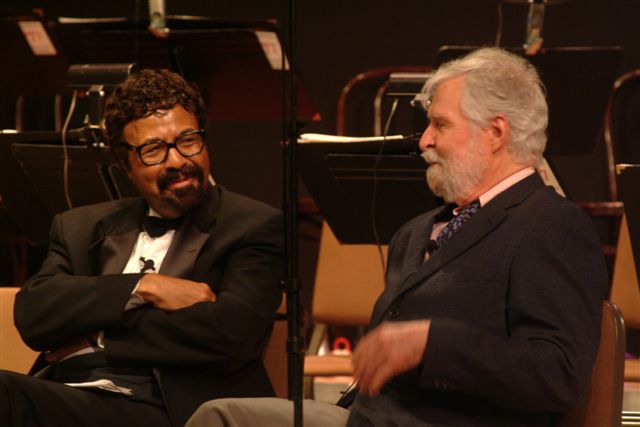 David Baker has inspired audiences with his knowledge of and passion for jazz, showcased its enduring relevance, and captivated audiences globally with the joy and pathos of America’s original art form. But, mostly he invited them to feel the music: "When people just sit there and don't respond, I say, 'No, no! Don't listen to us as though we are an artifact. Listen to us and react.'"