On certain days this winter, you could hear fiddle music coming from the Civil War section of our Price of Freedom exhibition. It was a bit haunting but also uplifting. Intern and violin player Sage Snider shares the story behind her Civil War fiddle project. While this program is wrapping up with the completion of Sage's internship, visitors can enjoy many of our other daily programs, which often include elements of music and theater.

The moment I saw Solomon Conn's fiddle displayed in the Civil War section of the Price of Freedom exhibition, I felt relief: someone in history had taken even worse care of his violin than I did, and yet, it had STILL ended up featured in the National Museum of American History. 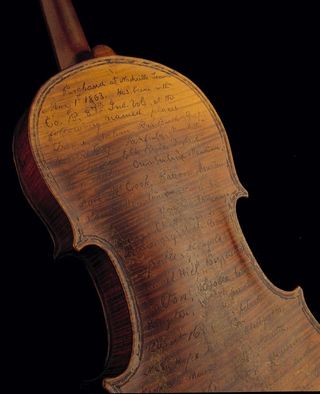 Solomon Conn, a Civil War soldier with Company B of the 87th Indiana Volunteers, recorded a list of his travels and battles on the back of his violin, turning the instrument into a unique document of his adventures and military record.

Conn's fiddle may be very different from the elegance of the Stradivari instruments in the museum's collection, but the fact that Solomon carried it with him throughout his Civil War travels and used it as a travel diary proves that it must have been important to him and to other soldiers in his regiment. I spent much of my internship trying to imagine and recreate the life of that fiddle on my own well-worn violin (admittedly, I have not inscribed a diary onto mine, but I have named the unintentional scratches that have become my historical legacy in my violin's life).

In the course of my research, I discovered that music was an essential part of life during the Civil War for soldiers and civilians on both sides of the war. More than just offering a break from the miseries of battle and camp life, music was part of larger political and military battles raging throughout the war. The museum's collection include sheet music from the Civil War era, including Kathleen Mavourneen, popularized by touring Irish opera singer Catherine Hayes, and Glory Hallelujah, which included lyrics about John Brown's body, pet lambs, hanging Jefferson Davis, and being a soldier in the Army of the Lord. Browse through the collection of Civil War sheet music here. 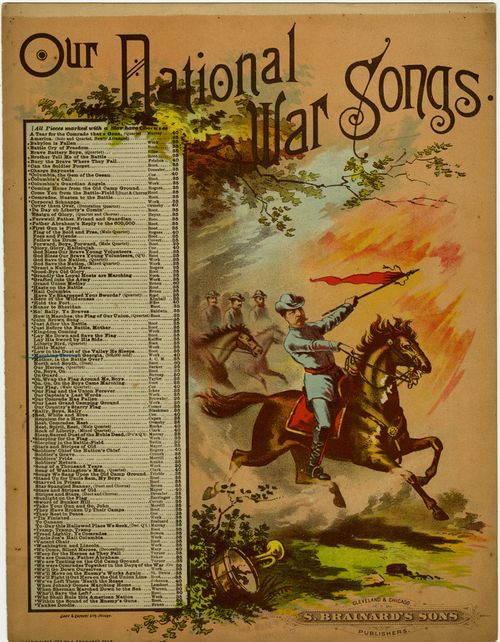 My Civil War project started with my belief that the best way to make musical history "come alive" for visitors would be to let them experience this music first-hand in a way comparable to how soldiers would have listened to and created music. Drawing on my own old-time fiddle repertoire as well as my readings on Civil War music and history, I chose a variety of songs that would be historically informative and yet relevant and entertaining. I also researched different lyrics that people might have sung to the same melodies (e.g., southern vs. northern soldiers, civilians, colored regiments, etc.) and used them to create my own "songster" for visitors to read and sing from. After learning the history and how to play the fiddle tunes, instrumental and vocal versions of the songs, and accompaniment parts to allow visitors to sing, I sat down with my songster in the exhibit and began fiddling. 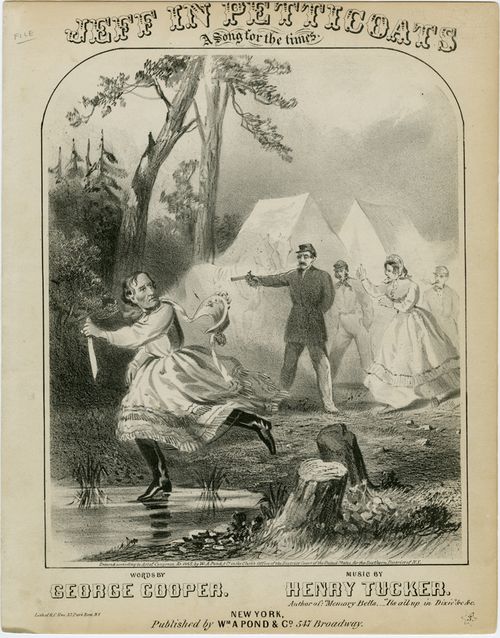 Here are some of the songs I played: 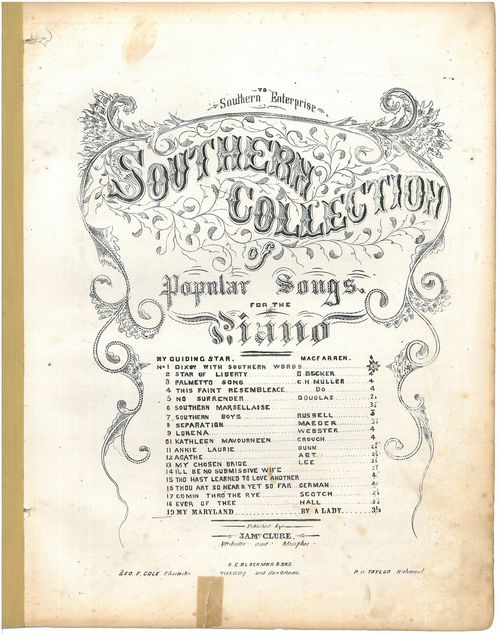 Overall, I hope my program allowed visitors to experience some new and familiar ways that music inspired joy, comfort, hope, anger, pride, nostalgia, and all sorts of powerful emotions and ideas in people living more than 150 years ago. 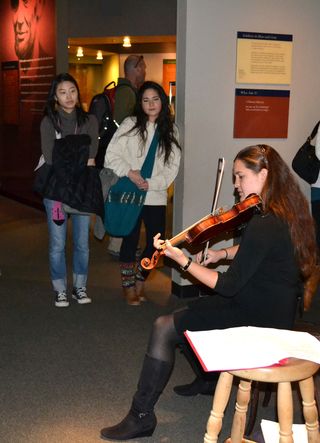 Not only was it incredible to learn more about history behind the music (and country) I unconsciously interact with all the time, but I especially loved being able to share the joy of fiddle music with many people who had never heard it before. I got to show visitors of all backgrounds, from babies to professional music teachers, how music is learned orally, how complex, beautiful, and fun American fiddle music can be, and how important a part of life this music was during the Civil War and can be today.

Sage Snider is a public programs intern. This is just one of many great projects resulting from our internship program. To jam out to more old-time music, check out the National Jukebox by the Library of Congress. They also offer a guide for teachers on Civil War music.

Posted in From the Collections, Teaching & Learning, Music 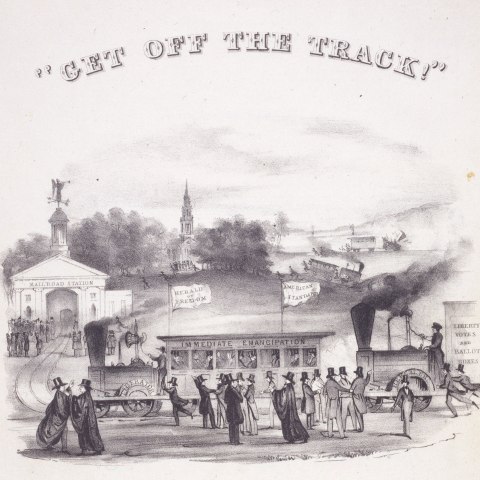 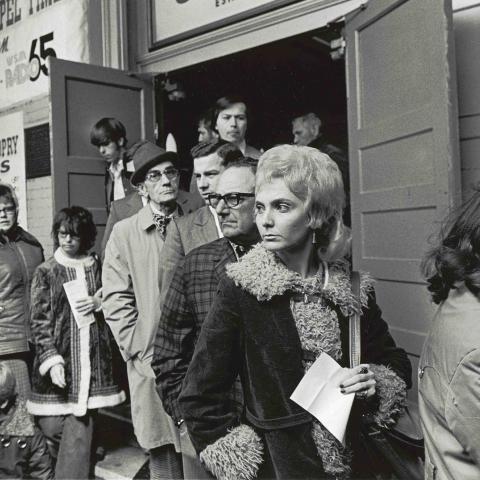