Editor's note: This post is second in a series by Mallory Warner, a project assistant in the Division of Medicine and Science, about the history of biotechnology and genetics related to objects that have recently been photographed and made available for viewing online. You can read her first post on the big story behind synthetic human growth hormone and explore artifacts recently made available online through her project.

Dr. Kary Mullis recently celebrated his 68th birthday, and I like to imagine he spent the day busy with one of his two favorite hobbies: surfing or drinking wine in his hot tub at the Institute for Further Research (his vacation cabin in California). Unlike most of us who enjoy surfing or drinking wine in hot tubs, Mullis has a Nobel Prize in Chemistry to his name. Despite this, he is about as far from the stereotypical image of a scientist as you could imagine—a fact that became even clearer to me after reviewing his videohistory interview at the Smithsonian Institution Archives. 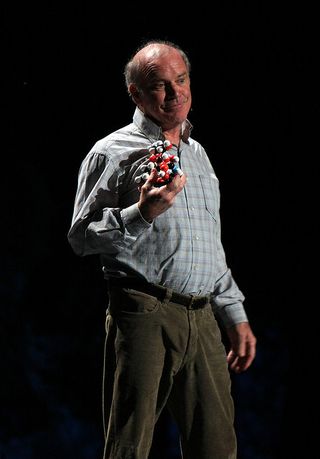 I had visited the Smithsonian Archives to learn more about our collection of PCR-related objects. PCR, short for polymerase chain reaction, is a simple but elegant chemical reaction developed by Mullis in the mid-1980s to create copies of specific genes. It's essentially the photocopier of genetics and revolutionized the work of everyone from forensic scientists to evolutionary biologists. 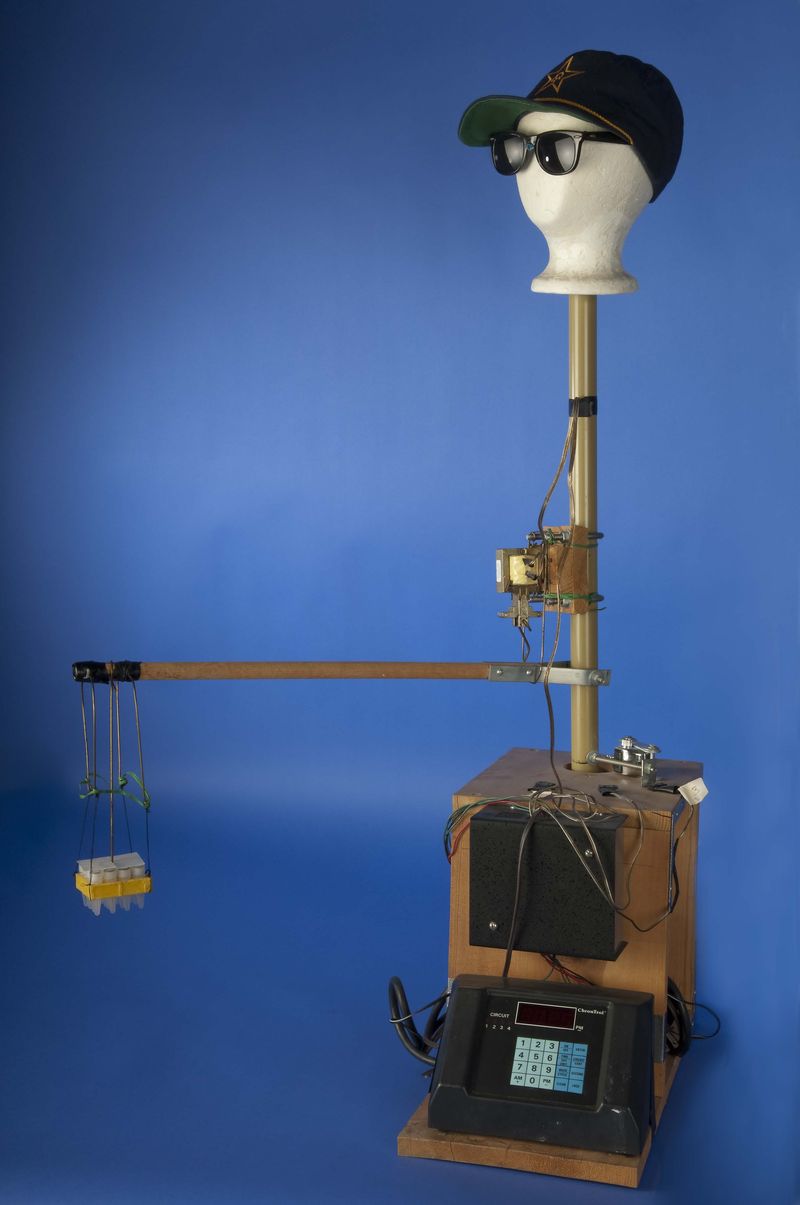 My favorite PCR object, the PCR robot. The robot has a moving arm that transfers the DNA sample between two water baths of different temperatures. A programmable lab timer from another piece of lab equipment makes up the "brains" of the robot. A TV antenna rotator moves the arm (a long wooden dowel) back and forth, and a solenoid from a dishwasher door lock lowers the arm into the bath. Thanks to help from the robot, the researchers were able to determine the function of the p53 gene. Prior to their work, p53 was known to be linked to cancer, but its function was not understood.

PCR also served an inspiration for the novel behind one of my favorite movies, Jurassic Park, by providing a process that could amplify small amounts of ancient dinosaur DNA from fossilized mosquitoes. Curators here at the museum even collected a prop piece of amber with a mosquito preserved inside from the Jurassic Park set to include in a 1994 exhibit about Kary Mullis's Nobel Prize win. 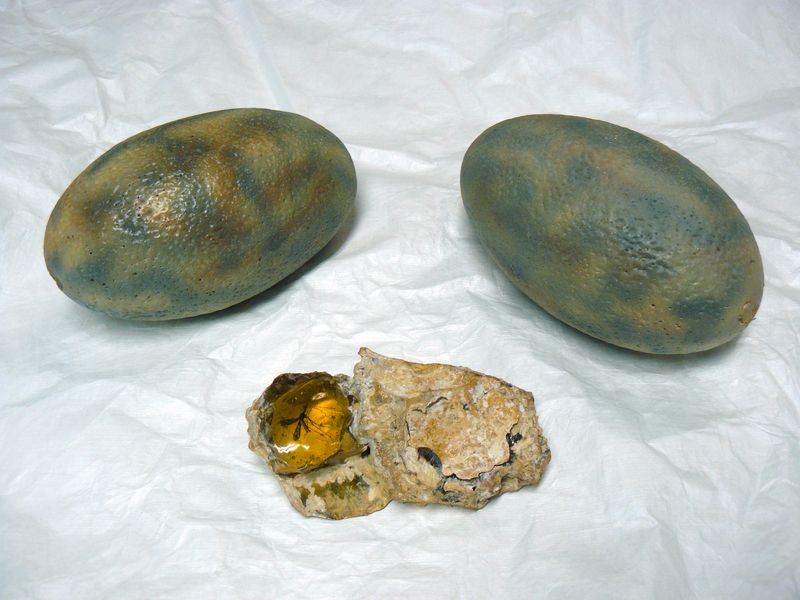 Dinosaur eggs and a mosquito preserved in amber, two props from the set of the movie "Jurassic Park"

While I found plenty of information about our PCR objects, the real delight of my day in the Archives was getting to learn more about Mullis himself. He’s one of these wonderful characters who bring to life the history of science—reminding you that the people who push science forward aren't just brilliant brains behind the lab bench, but complicated people with fascinating lives that exist outside the laboratory.

I thought I’d share with you a few fun details about Kary Mullis I learned from my day at the Archives: 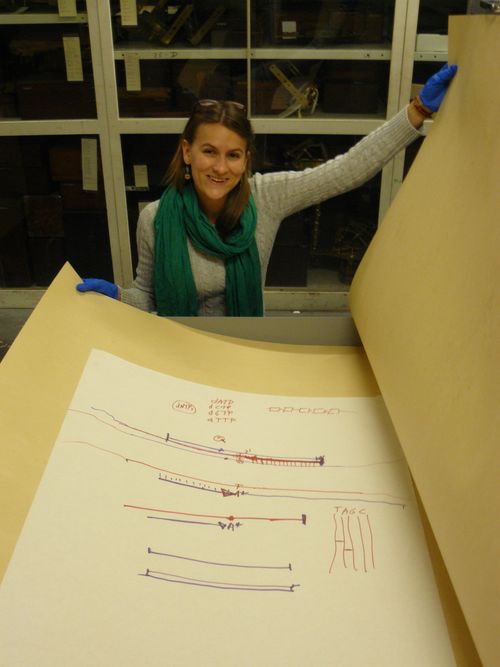 Finding Kary Mullis's sketch for Ray Kondratas in the collection. 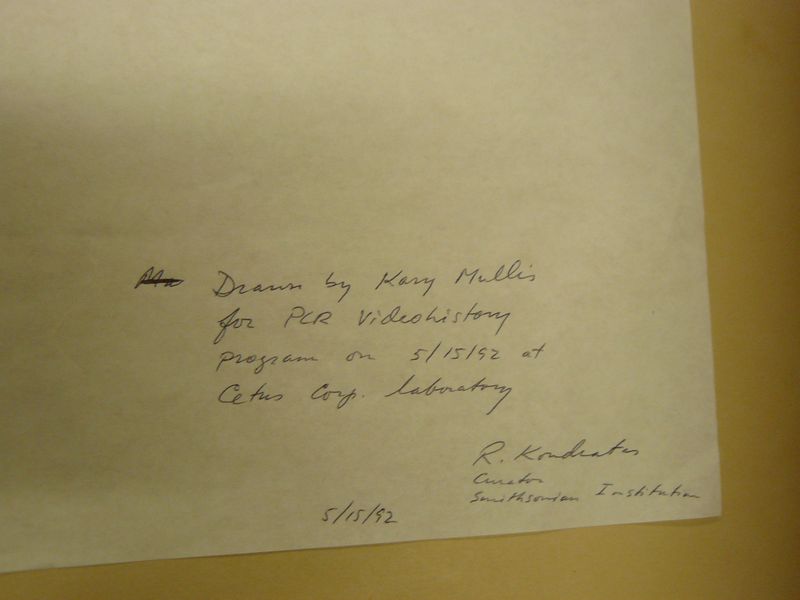 Mallory Warner is a project assistant in the Division of Medicine and Science and has blogged about the big story behind synthetic human growth hormone.
Posted in From the Collections