Insider advice: visiting (or exploring online) for the presidential inauguration

Want to make the most of your visit during the presidential inauguration? Planning to experience the historic day from afar? Our staff, interns, and volunteers have advice you won't want to miss. 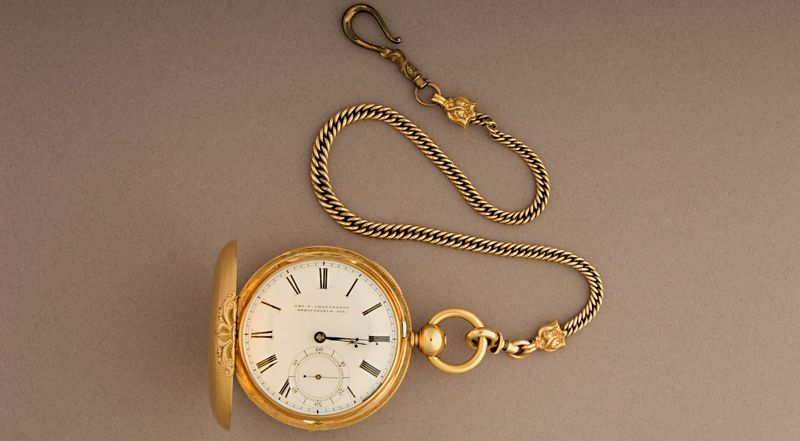 Lincoln's gold watch was purchased in the 1850s from George Chatterton, a Springfield, Illinois, jeweler. Discover how it got its secret messages.

Daily Programs Floor Manager Victoria Altman: "I recommend seeing President Lincoln's watch. It's pretty awesome because this object isn't just about Lincoln, but also about his time, as the events secretly recorded inside of it remind us. It's an election-related object because Lincoln's election was obviously the most contentious in our history, and the inscription inside the watch shows how much Americans knew an historic change was occurring." The watch is located in American Stories.

Education Specialist Megan Smith: "Inauguration is just one of the many times huge crowds of people have been inspired to gather on the National Mall. You have to see Changing America: The Emancipation Proclamation, 1863 and the March on Washington, 1963, an exhibition on which we collaborated with the National Museum of African American History and Culture. In one part of the exhibition are artifacts related to planning the 1963 March on Washington. Just thinking about the budget, transportation issues, feeding all those people—the logistics and organizing challenges really speak to this moment."

Museum docent Ed Berkowitz agrees with Megan's advice to see Changing America but adds that you shouldn't miss President Lincoln's hat. "Our real hat is a lot shorter than the one in the Lincoln movie, which I bet was kept at 'stove pipe height' to make the actor look taller." 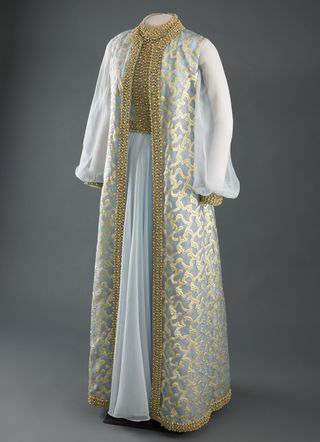 Visitor Services Coordinator Elisabeth Kilday: "See the First Ladies dresses, of course! Look closely to spot Eleanor Roosevelt's, which is near the back of an exhibition case. That dress gets me because it doesn't look like anything you ever see Eleanor in—it's glamorous and chic, unlike the more practical, Depression-era suits I think of her wearing. And don’t miss Michele Obama's jewelry! When you see the shoes, just think how much walking, standing, and dancing she did in those!"

Elisabeth's advice might bring up a common question: will the Smithsonian collect the First Lady's gown from the 2013 inauguration? According to our frequently asked questions website, we typically collect only the gown from the first inaugural ball. The second gown is often exhibited at the presidential library.

Intern Shana Oltmans: "If you're visiting the museum for the first time and want a chronological look at American history, I highly recommend Within These Walls. It's great to walk through because it starts in colonial, pre-presidential times and brings you through World War II. It's a good break from the focus on presidential history overload as it focuses on regular people who live in a single house over the years." 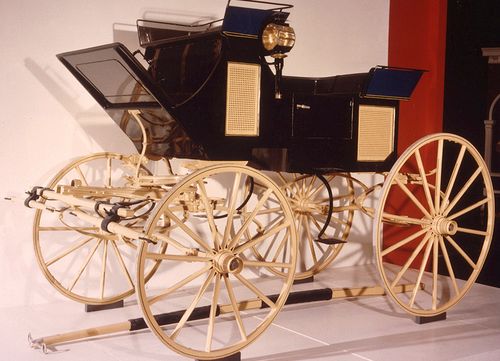 President Ulysses S. Grant rode in this carriage to his second inauguration in 1873

Intern Daniel Holm: "The carriage that brought President Ulysses S. Grant to his second inauguration is a big, cool object you won't want to miss. There's also an inauguration ticket on display, which admits 'the Bearer and Two Ladies' to Grant's inauguration. Both are on display in The American Presidency: A Glorious Burden.”

Museum docent Aaron Adkins recommends that visitors who want to see the highlights, "Join one of our entertaining, expert docents as they bring history to life exploring our collections" through stops at key exhibitions. Tours, Adkins said, will allow you to "marvel at the words penned on Jefferson's lap desk," "feel the power of Sherman's 'terrible swift sword,'" and discover why you should never "'burn your bridges.'"

Daily Programs Floor Manager MK Macko: "We have a lot of programs going on around inauguration weekend but the one I most recommend most highly is the opportunity to meet all of the Mount Rushmore presidents (George Washington, Thomas Jefferson, Abraham Lincoln, and Theodore Roosevelt). Chatting with the presidents in person is a great way to get your burning questions answered. You can also meet Smithsonian secretary Joseph Henry, who was the science adviser to President Lincoln. You can meet the presidents on January 19th at 12:30 PM, 2:15 PM, and 3:30 PM.

Can't make it here? Don’t worry. Many of our inauguration-related collections are available to explore online. See the slideshow of inauguration and presidency-related objects below or on Flickr. You can also explore The American Presidency: A Glorious Burden online. If you're a fan of history podcasts, you'll be excited to learn that BackStory with the American History Guys radio show will be recording a live show here. The special one-hour program will be simulcast via cable service and online by C-SPAN3's American History TV and available later as a podcast.

Erin Blasco is an education specialist in the New Media Department. Her favorite inauguration artifact is this poem by Robert Frost, which he didn't end up reading at the main event.