A museum mystery for young detectives: The Tooth Fairy File 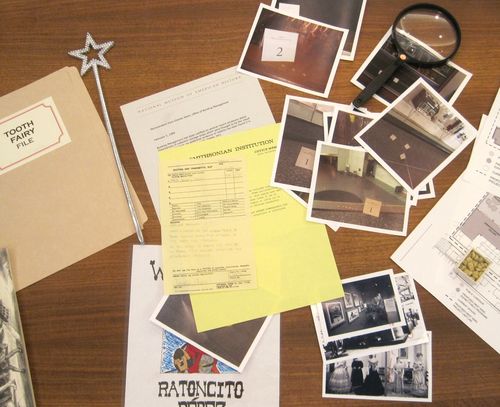 Clues in the museum's history mystery

Have you ever wondered what the Tooth Fairy does with your teeth after collecting them while you sleep? We think we may have figured it out thanks to some mysterious things that have been happening at the museum where I work, the Smithsonian's National Museum of American History.

When you visit a museum, you see exhibitions that include really old historic objects (such as a big locomotive train) and their stories. You might also see a gift shop, bathrooms, café, and hands-on area. But there's much more you don't see.

Behind the scenes, there are more historic objects in storage and lots of people who study and care for these objects. Back there, workers organize and study these objects. 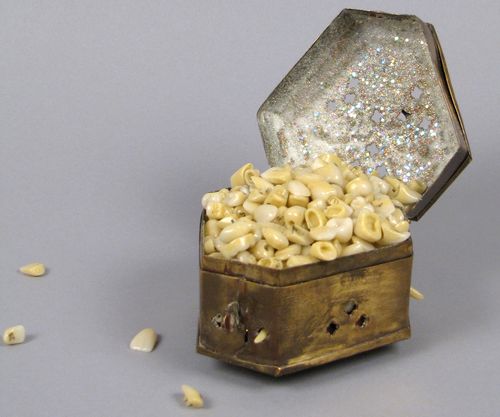 Tiny teeth discovered at the museum

At the end of the day, most of the museum workers go home to their families, make dinner, and go to sleep. Security officers stay all night to guard the building and objects—don't worry, they sleep during the day. In the morning, all the historic objects are just as they were left the day before.

But not lately. Lately there have been mysterious things going on. Here are some of them:

People like me who work at the museum are historians—detectives who explore the past—and use information and evidence to make educated guesses, or inferences. We can't say for sure, but we think it is the Tooth Fairy and her friends—including that rascally Ratonicito Perez—who have been leaving the teeth they collect here at the Smithsonian for safekeeping.

The Tooth Fairy and her friends around the world refused to comment on this. We made this movie about it so you can decide for yourself. What do you think?

You can also watch this video on our YouTube channel.

P.S. Grown-ups, you can see the behind-the-scenes story of why we made this video in this blog post.

Katherine Ott is Curator in the Division of Medicine and Science at the National Museum of American History. Grown-ups, want to know more about the Tooth Fairy File? Check out this blog post.