Cross-country collecting for the "FOOD" exhibition

If I ask you to imagine a curator of American history at work, what is the first image that springs to mind? Maybe you picture a tweed-jacketed academic poring over dusty manuscripts or fastidiously cataloging a 17th century button collection. The fact is that curators here work in all kinds of environments, some of which might surprise you. 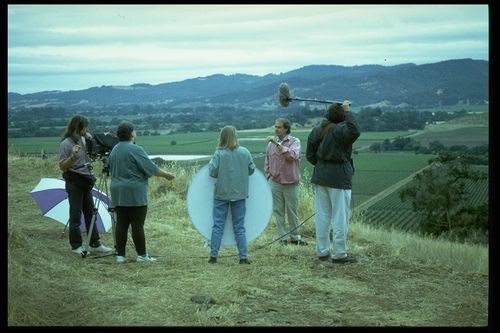 Field research often takes our curators to the ... field. In this photo, Curators Rayna Green and Paula Johnson interview a winemaker in Napa Valley, CA. 1997.

For example, in preparing for the museum's newest permanent exhibition, FOOD: Transforming the American Table, 1950-2000, Rayna Green, one of the exhibition's curators, ventured far outside the confines of the museum to conduct field research in the most literal sense. Standing amidst rows of California grape vines, she collected objects and oral histories from grape pickers and millionaire vineyard owners alike. She talked with colleagues about their families' food traditions, and with Mexican-American immigrants about the foodways they brought with them to this country.

This facet of curatorial work is the focus of a new episode of the History Explorer Podcast, called "In the Field—Researching the Food Exhibition." When I interviewed Rayna for the episode, she told me that by going out on these cross-country collecting trips, she gets a much fuller appreciation for the lives behind the objects that will go on display in the museum.

Tortilla press and mill used by Conception (Concha) Sanchez in her California home. On the left, the tortilla press (tortilladora). On the right, the mill (molino).

Rayna's work in collecting these oral histories is a reminder that history is not only a series of events that happened in the distant past, but is an ongoing narrative that we contribute to every day. It also reflects the view we have at the museum that American history is about much more than dates and great events. It is about the individuals, families, and communities who comprise this nation, and whose voices we try to incorporate in the exhibits and programming at the museum. 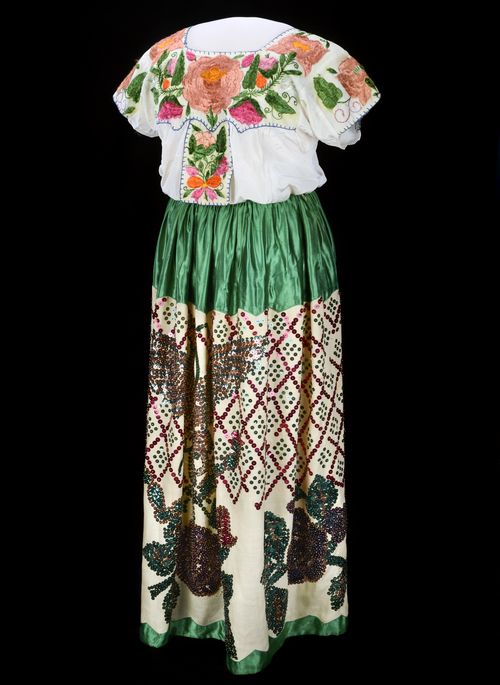 The term "museum piece" is generally used to mean an item that has great aesthetic or monetary value, or that is very rare. The kinds of museum pieces Rayna looks for are not necessarily precious because of these kinds of intrinsic qualities, although they can sometimes be beautiful, as in the case of the gorgeously embroidered dress worn by staff at the El Chico restaurants.

The objects on display in the FOOD exhibition are important because they illuminate small pieces of the human lives behind them. That's why, Rayna says, "I'm looking for a richer life for an object than its manufacturing and use booklet that came with it. I want to know how it lived and that's what I think field research is all about. It's all about human beings and it's about individual history as well as collective history."

For more of my conversation with Rayna about her "field" trips, and the stories and people behind her favorite objects from the FOOD exhibition, listen to the podcast.