Feeding America: The people and politics that bring food to our table

Latino and food history expert Steve Velazquez looks beyond the plate to discover the people, technology, and systems that bring food to the table. 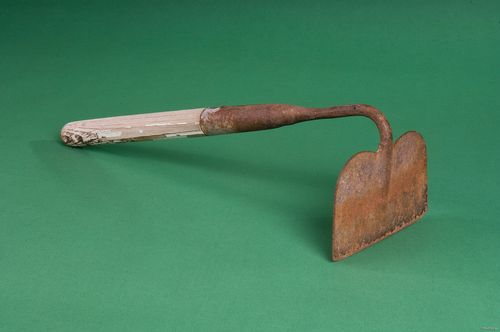 What does something like a short handled hoe tell us about American history? This cortitio, or short handle hoe, was used by Jose Arredondo, a temporary agricultural guest worker for thinning and weeding in California fields in the 1960s. Using the short handle was physically grueling and demanding "stoop" labor and the cortito became a symbol of difficult working conditions for many agricultural laborers. Its use was outlawed in 1975.

Our FOOD: Transforming the American Table,1950-2000 exhibition explores some of the big changes in how and what Americans eat. The exhibition is arranged in several thematic sections, one that looks at the impact of new technologies in food production, distribution, and consumption. Another section focuses on some of the major social and cultural changes in American life that have influenced foods and foodways. When looking through a lens of Latino history, we see that Latinos have been—for quite a long time—instrumental in transforming the American table. 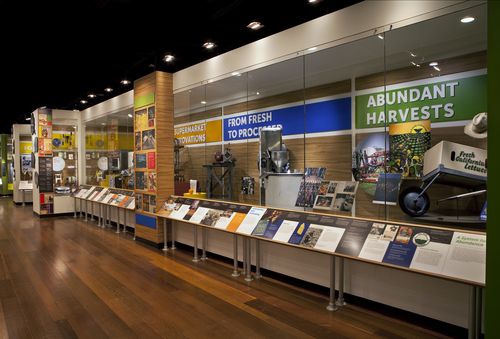 Part of the "FOOD" exhibition

Like many curators, scholars, and people involved in the study of food history, I like to think that food's importance is not just what's on our plates, but the labor and distribution systems behind it. Food has social and cultural meanings, but also has significant economic and political aspects.

For example, if we start with food production, we see that agricultural policy and the need for agricultural labor helped create waves of migrants coming into the U.S. During World War II, the Mexican Agricultural Workers Program, commonly known as the bracero program brought in two million Mexican men to work in fields (and on railroads) on temporary guest worker contracts. Jose Arredondo, who used the short handled hoe, was one of these men. They planted, tended irrigation systems, picked crops, and packed produce for the tables of Americans from coast to coast. Some of these men would eventually marry American women and/or come back and settle in these agricultural communities, contributing to demographic shifts in towns and cities and to community dynamics. 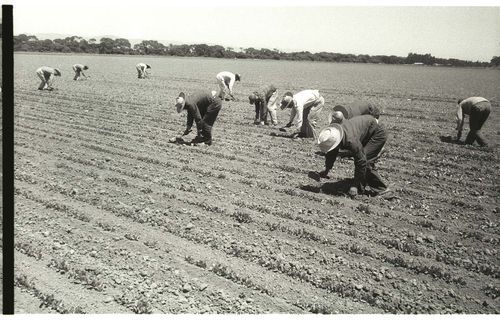 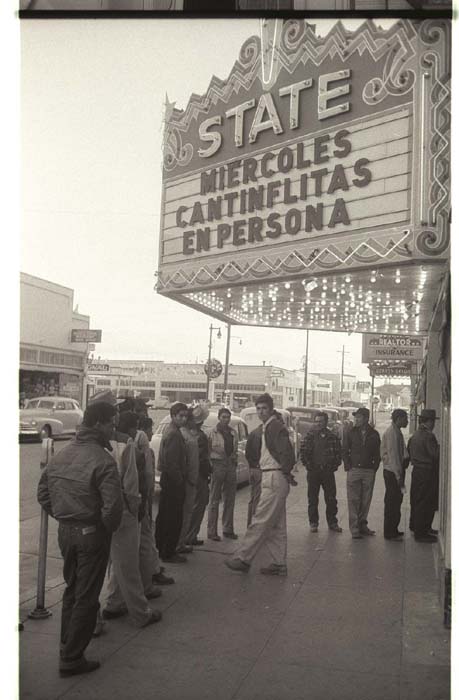 Mexican Braceros in Watsonville, CA 1956. The Bracero Program has significance beyond agricultural history. Many historians have linked the program to settlement patterns of Latinos in the Unites States

Technological changes in food production helped, in part, to end the bracero program. But as historian Don Mitchell writes in They Saved the Crops: Labor, Landscape, and the Struggle over Industrial Farming in Bracero-Era California, the era of the bracero program "was pivotal in the development of the agribusiness landscape we have since come to take for granted" and the Mexican bracero became the essential labor force of the 20th century. The bracero program generated some economic opportunities for both farmer and laborer, but it also brought along conflict, economic exploitation, and cultural strife.

It is important to remember that skilled American domestic workers also tended the fields during this time. Many of these American workers were of Mexican and Filipino descent. The United Farm Workers (UFW) union, started in 1966 by Cesar Chavez and Dolores Huerta, fought to reclaim rights and power for these domestic workers, many of whom were overlooked for work in favor of the Mexican guest workers, who tolerated a lower wage. The UFW and Cesar Chavez fought for better wages, working conditions, and human rights for domestic labor, while at the same time shunning and fighting to stop the Mexican bracero program. The UFW used food—specifically the boycotting of certain foods and brands—as a means to reach out to a largely unaware consuming public, to rally behind fixing the problems of farm labor. 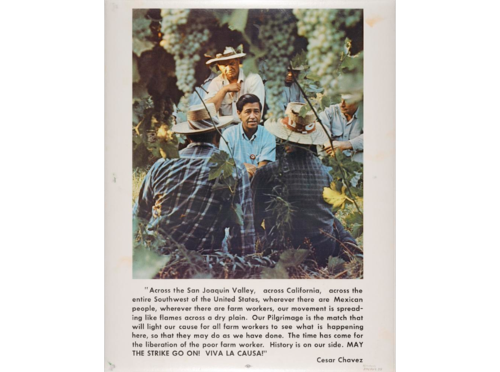 United Farmworkers poster. The text on this poster, printed around 1970, describes Chavez's vision of political and economic emancipation for farm workers. "La Causa," or "The Cause," as it was known among Mexican Americans, was the political and artistic touchstone of the Chicano movement. 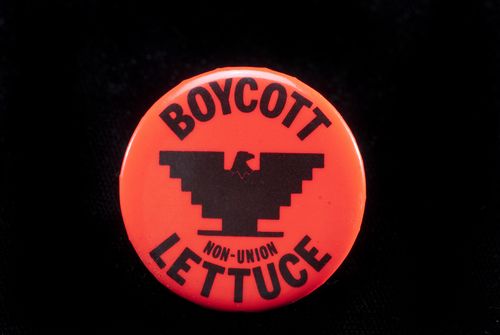 A UFW button urging a boycott of non-union lettuce

The use of braceros and the organization of farm labor, especially in California, helped change and shape physical and cultural landscapes across the country. The examination of this period—the second half of the twentieth century—shows that this local change in California has international roots, repercussions, and legacies. As we look at Latino history we see that Latinos have been important in changing what and how we eat in America, from the guest worker, to farm union organizing, to the wider availability of foods across the country. And the interconnections are much deeper and complex than many Americans might realize.

To learn more about this topic, tune in to our Feeding America: Labor Politics and Food webcast on Saturday, February 23, 2013 from 2:30-3:30 PM EST. Update: watch the Feeding America video here.

Steve Velasquez is Associate Curator for the Division of Home and Community Life and Collections, Outreach, and Dissemination Coordinator for the Bracero History Archive project.

Posted in Food History, From the Collections, Latino History & Culture 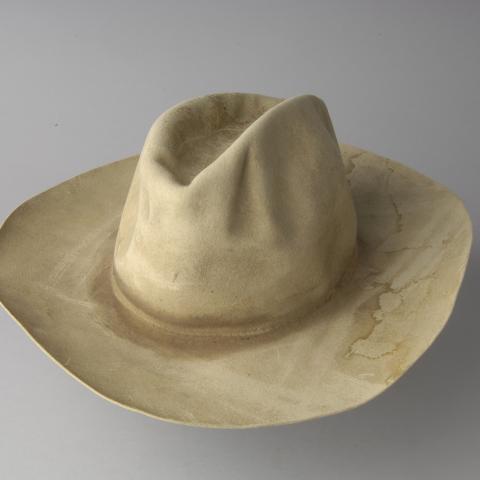 Collecting bracero history
In 2005 the museum started a multi-institution collecting initiative to document and preserve the experiences of braceros, Mexican...