In their own words: Auto safety pioneers

In today's post, Roger White, Associate Curator for Road Transportation with the Division of Work and Industry, shares the stories behind auto safety artifacts in the museum's collection.

Since the 1970s, Americans have witnessed an amazing number of safety improvements in automobiles and the driving environment. Seat belts, air bags, safer fuel tanks, the Jaws of Life, and anti-driving while intoxicated (DWI) campaigns are some of the devices and social movements that reduced the historically high auto fatality rate. Many objects in the museum's collection shed light on these initiatives.

Because the devices and social movements are products of recent decades, many of their creators are still active. We invited auto safety pioneers to tell us their stories in their own words and reflect on the meaning of the objects. These objects are not currently on display but are informing research and other work behind the scenes. 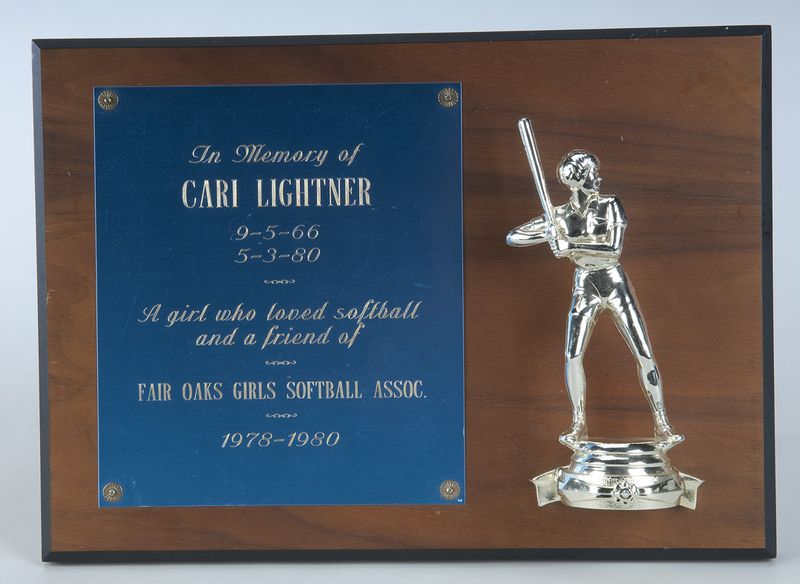 Tribute to Cari Lightner from her classmates

Candace Lightner became nationally known in the early 1980s when she founded Mothers Against Drunk Drivers (MADD). In her 1990 book, Giving Sorrow Words, she shares the loss of her daughter Cari at the hands of an intoxicated driver and her decision to prevent others from suffering the same terrible loss.

What I find most interesting about the story behind Candace's and Cari's objects is how successful MADD became in a short time and how ineffective previous temperance and auto safety movements had been. (Less effective attempts include Prohibition and the 1948 Tucker safety car.) Reform movements do not always bring about positive change. But with MADD, "kicking a few pebbles" turned into an "avalanche of protest from the long forgotten victims of the country's most often committed crime," in Candace's words. New state and federal laws put pressure on the legal system to rein in driving under the influence. MADD's high public profile caused society as a whole to disavow the leniency and tolerance that characterized attitudes about drinking and driving. MADD was a giant flash bulb that exposed a way of life long ingrained in American culture. A 1933 Constitutional amendment repealing Prohibition said that it was OK to drink, but it took 50 years and thousands of lives for Americans to decide that it was not OK to drink and drive. Cari Lightner was the one life that became the turning point. 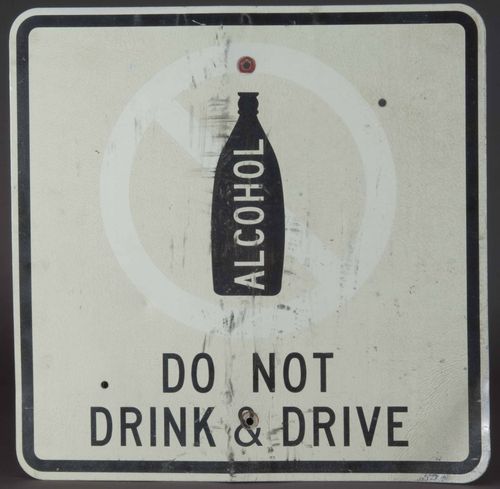 In the 1990s, several states came up with the idea of memorializing DWI victims on roadside signs as a way to express social outrage and turn the tide of public opinion against a culture of leniency and tolerance with regard to drinking and driving. In Carlsbad, New Mexico, the Eddy County DWI Program added the most poignant feature of all: faces of DWI victims on memorial signs.

Program Coordinator Cynthia Sharif commented, "We have found that to put a face with a name personalizes the message and delivers a greater impact on the motoring public. The signs serve as stark reminders of the high cost of DWI and reinforce the message that anyone can be the victim of an impaired driver." These unique portraits honor and remember victims in ways that no other medium can accomplish. The sign donated to the National Museum of American History bears the faces of Isaiah Carrillo and his brother Freddy Carrillo, the youngest DWI victims in Eddy County since the program began. 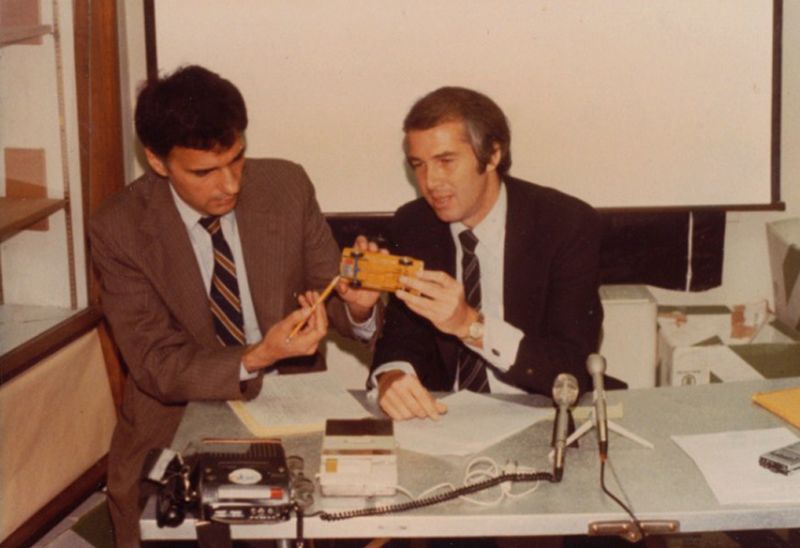 Ralph Nader and Byron Bloch point out the rear location of the Ford Pinto fuel tank at a press conference in Washington, D. C., 1978. Courtesy of Byron Bloch

Where to place the fuel tank in a car?  It's a simple question that didn't become controversial until the 1960s, when auto manufacturers removed some of the heavy steel frame that once surrounded the chassis. The fuel tank remained where it had been for decades, under the wide, flat trunk. That led to a problem: when a car was rear-ended, the fuel tank ruptured and caught fire, and motorists died.

Byron Bloch, an auto safety expert trained in industrial design, started a campaign to relocate the fuel tank forward of the rear axle, where it couldn't be rammed. When the Ford Pinto's fuel tank became a focal point of the controversy, Bloch took his color-coded Pinto model, now in the museum's collection, to trial after trial to show how dangerous the rear fuel tank location was. After a highly publicized trial in 1980, auto makers switched to a mid-chassis fuel tank design. In Bloch's prophetic words, "I believed that this trial finally could convince the auto industry to stop placing fuel tanks in the vulnerable location near the rear bumper." 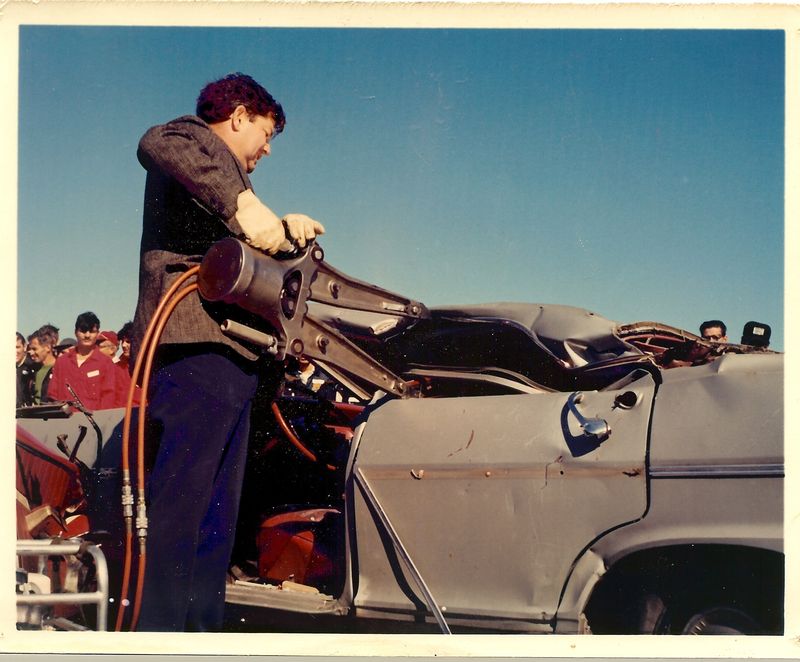 Before the 1970s, removing accident survivors from crumpled cars was an agonizingly slow process.  Fire department responders used a variety of tools designed for other purposes—pry bars, chain saws, sledge hammers, winches, and jacks—to reach motorists. In the 1960s, George Hurst, who was famous for introducing the Hurst Shifter to auto racing, tried something new at the race track when a car cracked up: a 350-pound hydraulic spreader tool that dangled from an A-frame on the front of a pickup truck.

In 1970, Hurst hired Mike Brick to make the tool more practical and place it on the market. Brick designed a slim, powerful, hand-held caliper that could spread sheet metal, pop doors, and create a wide gap in a fraction of the time that conventional tools required. Suddenly the objective changed from removing motorists to removing the car around the motorists.

By the end of the 1970s, thousands of fire departments had purchased the Hurst Power Rescue Tool (nicknamed the Jaws of Life) through Mike Brick’s marketing efforts, which included national exposure on the television program "Emergency!" The tool donated to the museum was used by the Carlsbad (New Mexico) fire department from 1977 to 2012.

Roger White is Associate Curator of Road Transportation at the National Museum of American History. Interviews with each donor as well as additional photos are available on the America on the Move exhibition page here.