We recently announced in a video for kids that the Tooth Fairy uses the museum as a secret storage site for the teeth she collects from children. In this post, Curator in the Division of Medicine and Science Katherine Ott shares more dental history.

When you think about it, the selection of the museum as a secret drop spot by The Tooth Fairy makes sense. Where else would she leave them for safe keeping? And we have a significant collection of dental objects that make the history of dentistry and oral medicine highly compelling. As unappetizing as two astronauts sharing a tooth brush may seem to us today, for most of history oral health was as dicey as unrefrigerated milk. Dental caries (decay) ruined the teeth of rich and poor alike—few people owned or regularly used tooth brushes until the 1920s or so. 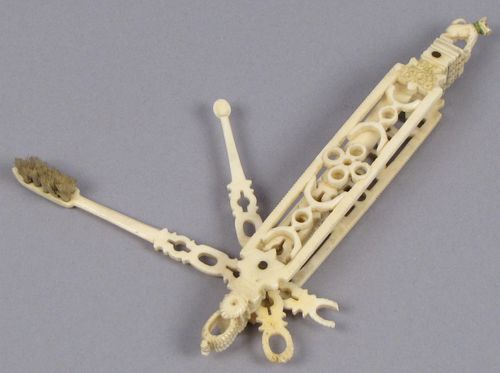 Hand-carved ivory "necessaire," 1808. A well-heeled person in 1808 might have used a necessaire similar to this one for personal grooming. It is hand-carved from ivory with a dog on the tip and includes a tooth brush, tooth picks, nail file, and a tiny ear wax spoon. 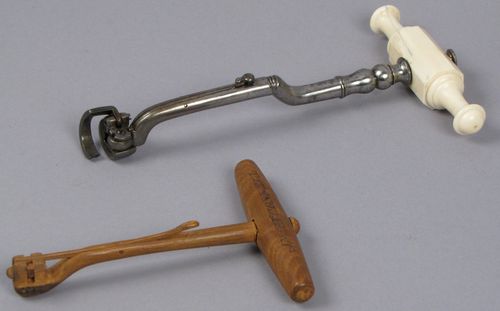 Tooth keys used for pulling teeth, early 1800s. Tooth keys, such as these wooden and ivory ones above from the early 1800s were used to get a tight grip on bad teeth and pull them out. 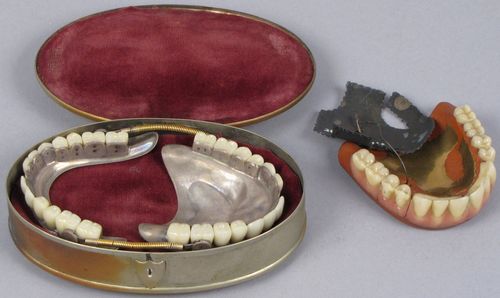 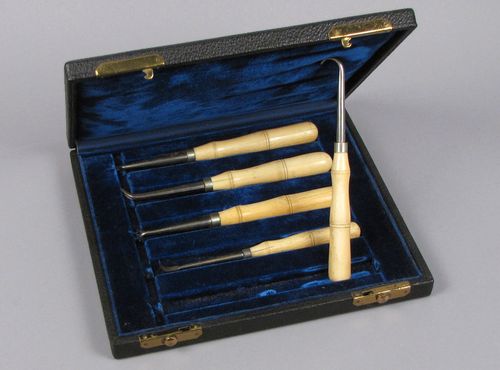 Set of hand tools with mirrored lid, mid-1800s. Physicians tried to quell the oral havoc from bad teeth with instruments such as the scalers and files in this small kit or those in this handset. 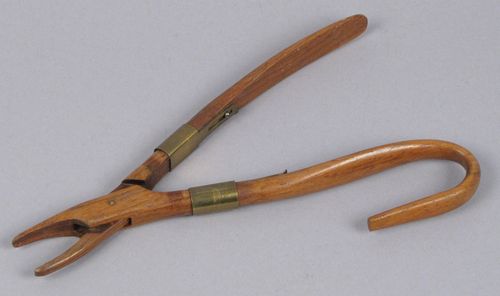 These wooden forceps are a patent model from 1868

In the mid to late-nineteenth century, American dentists were the world heroes of oral health in many ways, essentially creating the profession through their research and invention. Dr. S.S. White's company not only made tools but also invented them, notably a flexible shaft for dental engines in 1874 that has since been adapted to automobile and aircraft use around the globe. 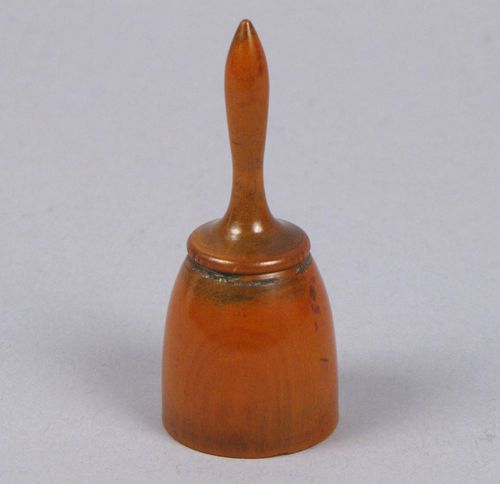 Dr.Greene Vardaman Black, often called the "father of modern dentistry," pioneered dental surgery, operative dentistry, and dental pathology. There is a statue of him in Chicago's Lincoln Park. Dr. Black invented the foot-powered drill, nomenclature for cavities, a system for preparing teeth for fillings still used today and researched the amalgam used to fill cavities. Mercury was used in amalgam for many decades. Dentists stored the element in small wooden holders such as the wooden one above. 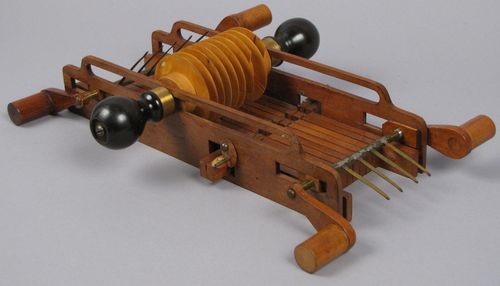 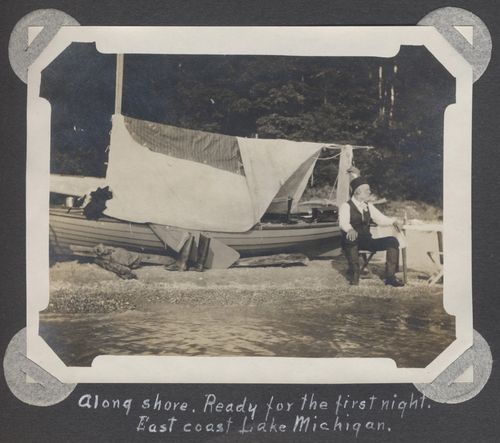 Dr. Greene Vardaman Black with his sloop "The Microbe," 1895

Dr. Black was also a husband, father, and outdoorsman. Here he is in 1895 on a fishing trip with his 18 foot sloop, "The Microbe." 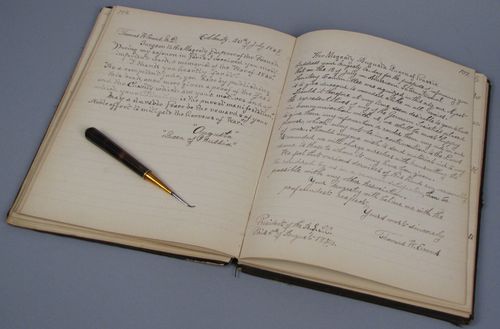 Manuscript about Dr. Thomas Evan's life and a dental extractor used by him

The first international superstar dentist was American Thomas W. Evans. Dr. Evans practiced in Paris for 50 years where he knew Manet, Mallarme, and others. As was often the case with wealthy patrons of the arts, he was married and also had a mistress, Marie Laurent, who modeled for Manet.

In 1870, he famously and daringly helped Empress Eugénie (wife of Napoleon III) escape during the collapse of the Second Empire. During the Civil War, Emperor Napoleon sent Evans to America to determine whether France's support should go North or South. He met with Lincoln and Grant and reported back that the North would win. This is an extractor that Evans used on the teeth of the many European worthies who sought his expertise and a manuscript about his life penned by a nephew. Evans died in 1897.

This is an impression tray for taking a mold of a patient's bite used by Dr. Charles Edmund Kells. Kells worked at Tulane University and is especially remembered for adapting x-rays, discovered in 1895, to dental practice. 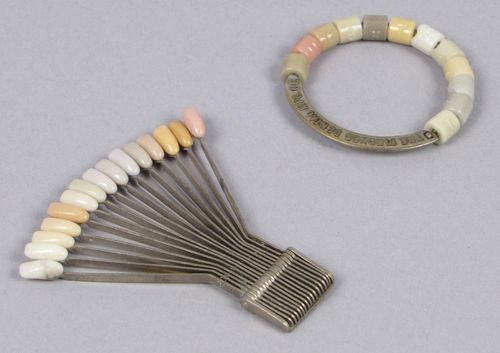 Denture-makers used shade guides such as the two shown here from the early 20th century, to match a person's teeth and gums to the artificial ones 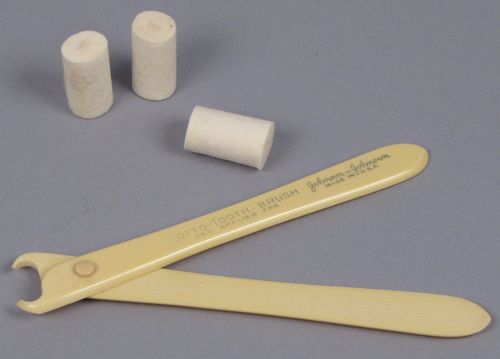 In the 1920s, Johnson and Johnson marketed the "Cotto-tooth" polishing brush 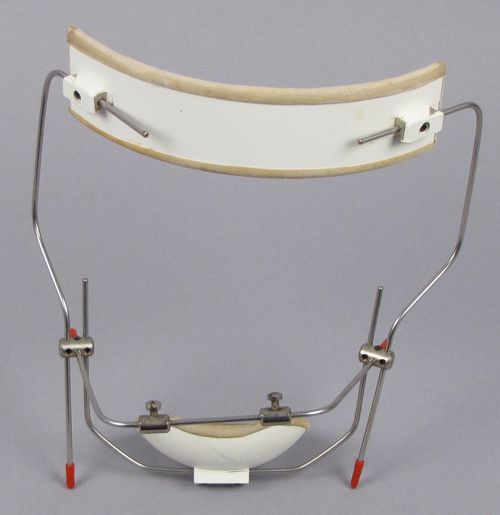 In the late 20th century, orthodontic appliances included head gear such as this one, used to align and adjust the angle of teeth.

As captivating as the idea of "The Tooth Fairy File" is, it can't come close to the real stories and objects in the history of dentistry.

Katherine Ott is a curator in the Division of Medicine and Science. Read about why she decided to create the Tooth Fairy File video in this blog post. 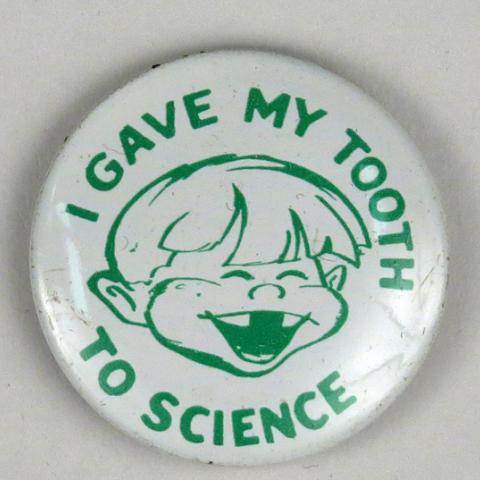 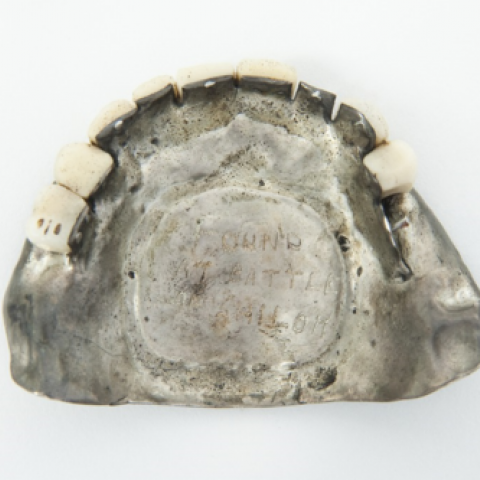