Katherine Ott is a curator in the Division of Medicine and Science. In today's post for National Children's Dental Health Month, she explores the mystery and myths connected with a recent discovery in the collection. 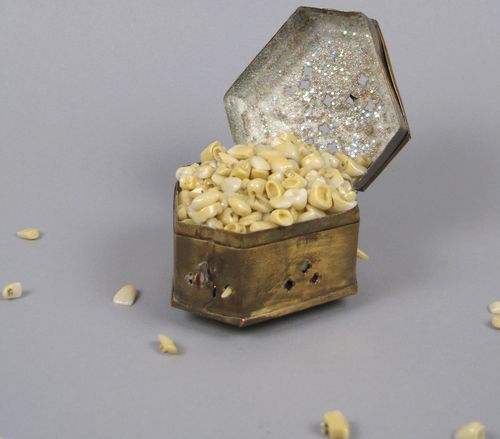 What does the Tooth Fairy do with all those teeth? How do you get children interested in the objects of history and museums? Two mysteries with one somewhat unconventional solution. A few years ago, I found an unmarked box containing several thousand artificial porcelain teeth in a museum storage area. I immediately imagined several fanciful explanations for them and a couple of plausible ones. My inclination toward absurdity over-ran my scholarly sobriety as I examined the tiny teeth. I have always been curious about how urban legends and myths take shape and spread. One measure of the venerableness of an institution is the richness of myths about it. The allure of the Smithsonian has generated a number of tall tales—tunnels under the National Mall, haunted offices, the existence of objects conspiratorially hidden in our collections. Why not add another?

Once unbridled, my imagination would not be quieted and I shared the theory with several colleagues that the teeth were actual evidence that the Tooth Fairy used the Smithsonian as her secret drop location. They agreed that it was a myth too good to ignore as well as a good way to communicate the endless joy of history and museums to young people. I enlisted the aid of a wonderful student film-maker—Angeli Gabriel from American University—and everything fell into place. 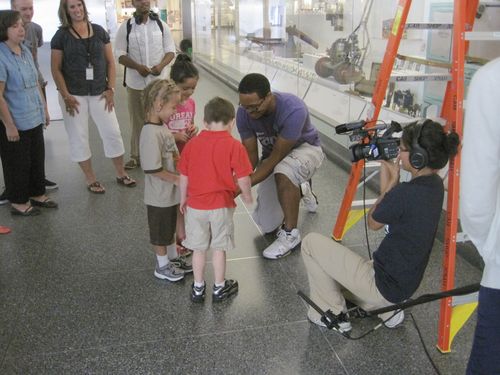 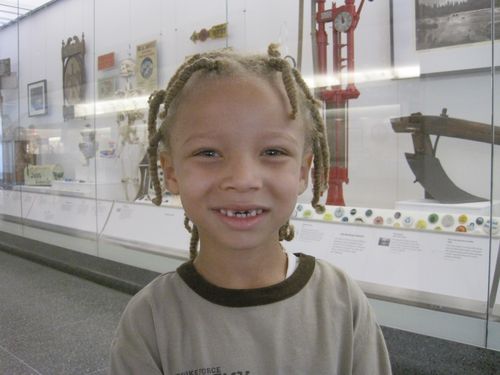 Colleagues from around the museum agreed to dead-pan for the camera and show artifacts in their care related to teeth or fairies, in order to build the case. We saw it as educational yet wacky enough for parents to use the videoed myth to introduce their kids to the material culture of the past. We used real objects and accurate, technical vocabulary: an early 19th century tooth key used for pulling teeth, a puppet from the early 1930's made by Works Progress Administration artist Donald Cordry, sheet music from the DeVincent collection, a drawer of coins, shells, and other substances used as money, and cartes-de-viste and tintypes of children from the late 1800s. Another intern, Cara Wattanodom, now at Swarthmore College, drew a "Wanted" portrait of the tooth-snatching mouse known throughout Latin America as Ratoncito Perez. 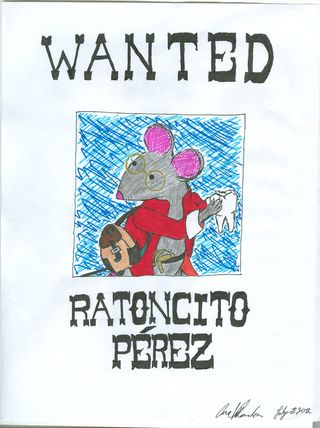 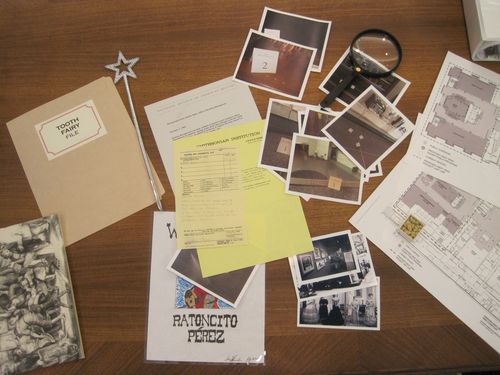 Supporting evidence about the origins of the teeth "found" in the museum (memos, crime scene photographs, gallery drawings with drop locations, and similar)

We hope children will come to the museum and look for the small cache of teeth on display on the first floor, near the Constitution Cafe. The material past holds countless surprises and mysteries to be solved—the next generation of history lovers, historians, and museum goers may well become hooked on the past through the museum's mockumentary on the Tooth Fairy mystery.

Be sure to share the video with a kid in your life.

The Tooth Fairy File is only the tip of the tip of the museum's dental collection. The artificial teeth turned out to be related to dental materials acquired from S.S. White back in the 1960s when the museum was building its collections in preparation for opening. S.S. White is a dental supply house started in Philadelphia, Pennsylvania, in 1844.

This Flickr set has a few more of our myth-ready but totally historically true and fascinating artifacts, such as the tooth brush that astronauts Frank Borman and Jim Lovell shared on their fourteen day trip aboard Gemini 7 in 1965. 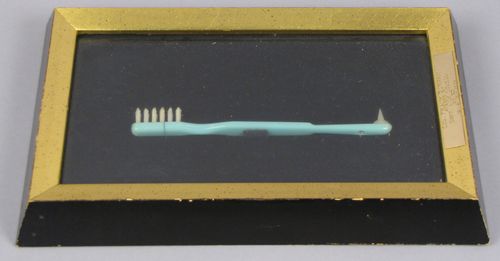 We encourage you to share the video and the myth and visit the museum online or here in Washington. We will keep you posted on how the myth develops from this... exact... moment... of origin.

Stay tuned for part two, in which we'll explore some of the people and inventions that shaped the dental profession.