Saying so long to "Sweet & Sour"

Curator's note: The following post is the latest from our Sweet & Sour series, part of a project to explore the culture and history of Chinese in America through food and restaurants. Through it, we hope to tell a broader story of immigration and acceptance for all Americans.

While the Sweet and Sour display was recently de-installed to make way for another showcase in our artifact walls, the traveling exhibition hits the road in 2014. In commemoration of the exhibition's de-installation, please read intern Edward Pagliarulo’s account of the show's original installation. 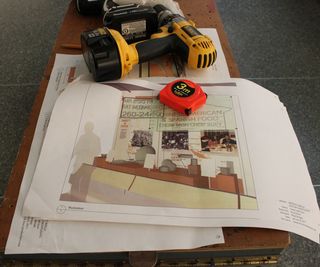 Visitors to museums seldom get to see the installation of exhibits, which is why I was eager enough to get up at 6:45 AM in order to come and assist in set up the Sweet and Sour showcase on a Wednesday morning in summer 2011. Sweet and Sour replaced a display on Hawai'i and gave a snapshot of Chinese food in America. 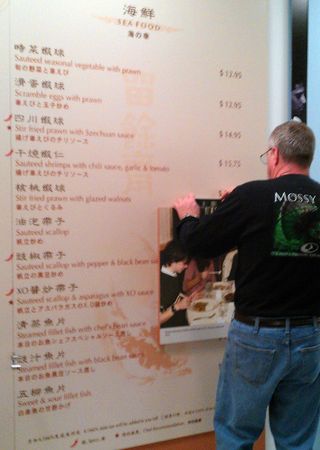 In witnessing it get assembled, I was given a glimpse of how exhibitions come into being. The background, an enlarged graphic of a Chinese restaurant menu from Hawai'i, was already in place along with several custom-made boxes upon which the objects would rest. The panels are made in-house and looked incredible, giving a nice backdrop to the objects while setting the theme of Sweet and Sour.

I was surprised by how quickly the showcase was put together, taking only around an hour and a half before it looked ready to go. All the boxes, signs, and objects had a very specific place and orientation mapped out previously in the design phase by the museum's exhibition designer, Nigel Briggs. On installation day, it was merely a matter of gathering the materials and putting them into their places. 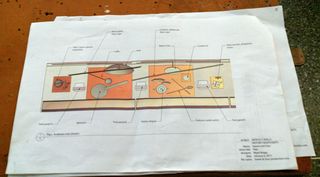 I helped to bring down some of the smaller objects that were being housed in the staging room on the second floor of the museum. 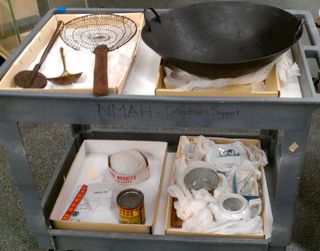 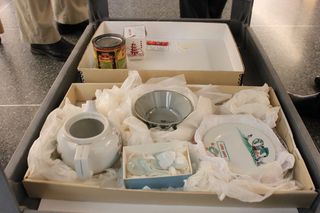 The staging room was filled with a variety of different artifacts for several different exhibits and gave a good impression of the scope of the museum's collection. 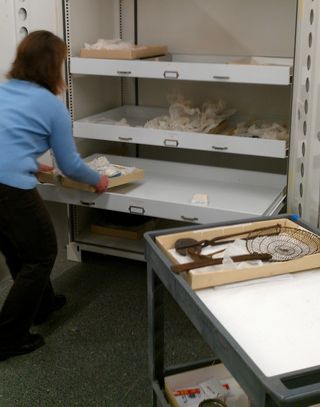 Once gathered, the objects were placed in the showcase rather ingeniously. The two neon signs were hung using two steel cords anchored to the floor and ceiling. 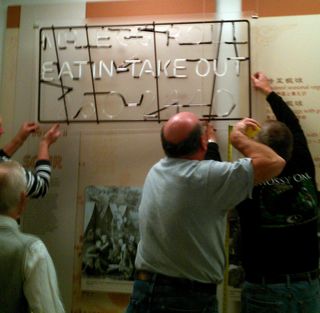 The signs could be moved freely up and down the cord until four stops were secured, holding the sign in place. 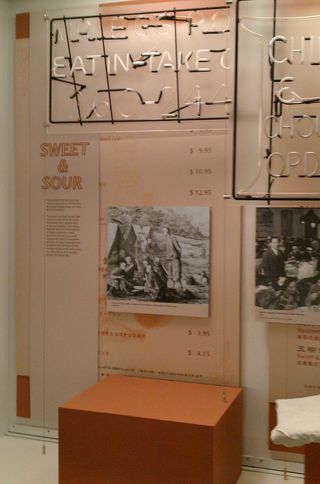 All of the other artifacts were propped up by specially designed stands which made me realize how much thought has to go in to considering how best to display an object. 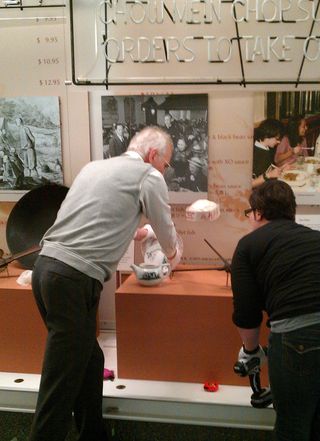 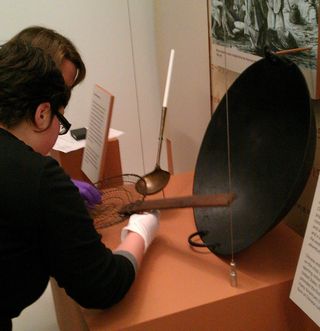 It is easy to simply lay out the objects, but by creating different angles and heights, the stands gave the showcase more depth and made it more appealing to the eye. Considering how much design, construction, and work went into creating this showcase gives one a sense of just how large an undertaking a full exhibit is for museums.

Edward Pagliarulo was an intern for the Division of Work and Industry at the National Museum of American History during the summer of 2011. See more installation photos on Flickr.