Journeying west: Distinctive firearms travel to the Buffalo Bill Center of the West

We recently loaned 64 objects from our National Firearms Collection to the Buffalo Bill Center of the West, a Smithsonian Affiliate in Cody, Wyoming, for a display. Researcher Ashley Lynn Hlebinsky shares two highlights of the display. 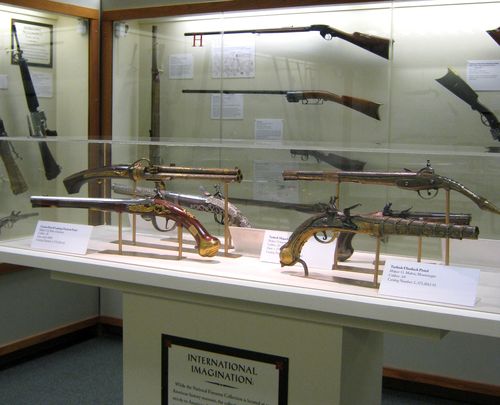 Photo courtesy of Buffalo Bill Center of the West

This loan is the culmination of the efforts of many individuals from the east and west. Without the vision of Cody Firearms Museum Curator Warren Newman, the dedication of National Museum of American History Associate Curator of firearms David Miller, and the team at Smithsonian Affiliations, this exhibition might not have occurred.

Over the past two years, I have worked as the liaison between the two organizations, selecting firearms, writing text panels and labels, and aiding Newman with the design of the overall exhibition. Among these artifacts are numerous patent models documenting innovations in the field, international imagination, and historic distinction. 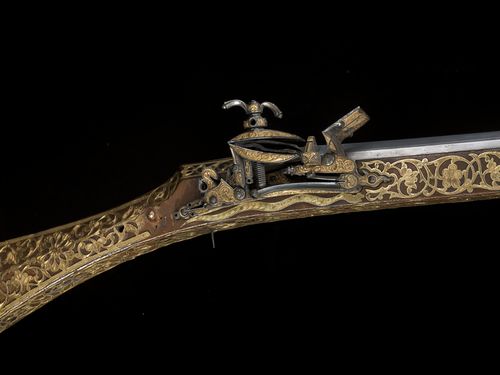 Presentation Jezail for Thomas Jefferson by the Bey of Tunis

Included in this exhibition is a seven-foot-long gold Miquelet lock musket. A Miquelet lock refers to a specific flintlock system found often in Spain, Portugal and North Africa. This musket was one of two given to President Thomas Jefferson in 1805 by the Bey of Tunis after the Tripolitan Wars. The gift influenced the inclusion of the lyrics "to the shores of Tripoli" in the Marine's Hymn. 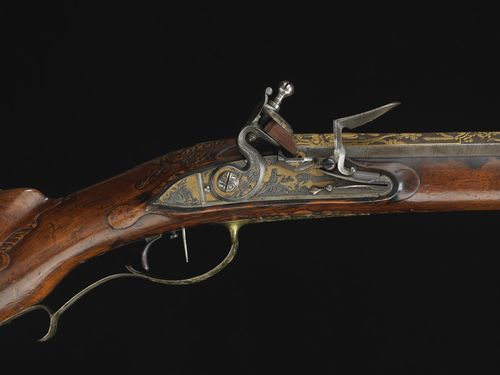 Another selected firearm is an embellished Jaeger rifle that belonged to empress Catherine the Great of Russia (1729–1796). A velvet cheek piece added to this firearm ensured her comfort while shooting. Additionally, a gold inlaid image of Catherine herself is on the barrel near the breech. 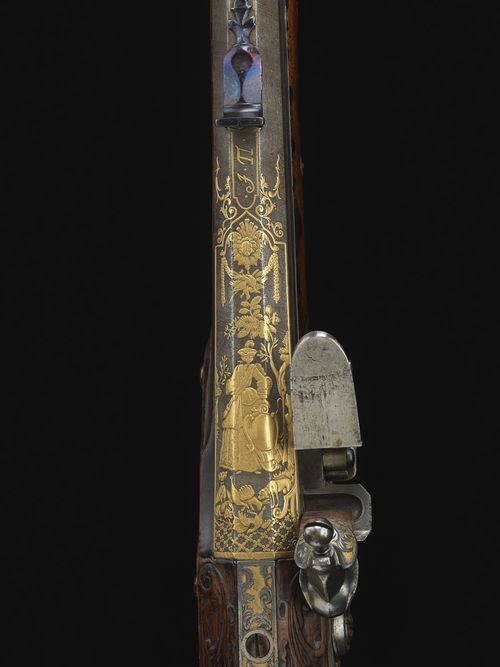 Another view of Catherine the Great's rifle

Photo courtesy of Buffalo Bill Center of the West

Ashley Lynn Hlebinsky has been working as a firearms researcher and assistant between the National Museum of American History and the Cody Firearms Museum for the past few years. She is also completing her Masters Degree in American History and Museum Studies at the University of Delaware this May 2013.