What do cows have to do with slack key guitar music? Sarah Coffee from our education outreach team explains.

For this month's episode of the History Explorer podcast, I had the pleasure of speaking with slack key guitarist Reverend Dennis Kamakahi. Before I began preparing for our interview, I had never heard of the Hawaiian musical style. This is not to say that I had never heard slack key playing before, I just didn't realize that it was a style with a name and with deep roots in American history. 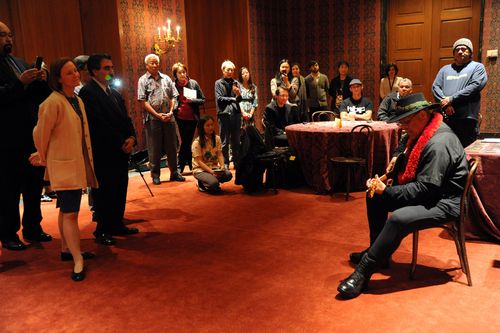 If you want to learn about slack key guitar and hear it played, Reverend Kamakahi is probably the best person on the planet to meet. Three-time Grammy winner and Christian minister, Kamakahi is one of the foremost players of Hawaiian music. In addition to winning numerous musical awards, his songs have been featured in the films The Descendants, and Lilo & Stitch. Not only is Reverend Kamakahi a prolific songwriter and master musician, he is a true educator and storyteller, eager to teach listeners about the history of the genre, and the meanings behind his songs. 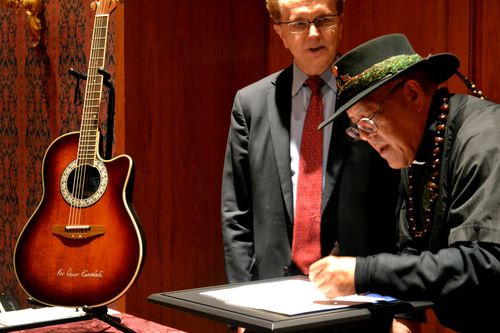 Reverend Kamakahi recently came to the museum to donate one of his guitars to the museum's collection. He told me that the slack key tradition started in the late 19th century when Mexican cowboys (vaqueros) came to the islands to help Hawaiians deal with a burgeoning cattle population. In addition to their ranching expertise, the vaqueros also brought guitars. Over the years that followed, the native Hawaiian population made the instrument their own, developing unique tuning systems that involved loosening, or slackening, the strings to match the natural vocal range.

Curator Noriko Sanefuji said that it was the musical tradition's connection with the cowboys that inspired her to contact Reverend Kamakahi about the possibility of adding one of his guitars to the museum's collection. Not long ago, Sanefuji was meeting with a 90-year-old Paniolo, or Hawaiian cowboy, and began thinking about how historically, cowboys did not all conform to the "Marlboro Man" image that we often envision. She saw in the story of the slack key guitar a way to make a connection with a lesser-known story about American history.

"We have this amazing music collection of guitars and Stradivari [string instruments]" said Sanefuji. "But I thought, hey what's going on, there's no slack key to document, to tell that story." 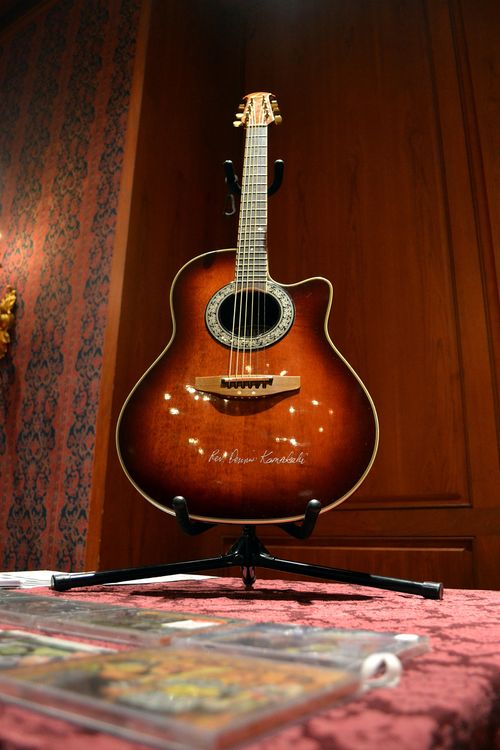 That particular gap in the collection has now been filled. And with any luck, Reverend Kamakahi's donation will be one important step toward fully reflecting the rich music traditions of Hawaii and Asian Pacific Americans at the National Museum of American History.

Listen to the podcast with Reverend Kamakahi and subscribe to our iTunes feed for free. Additional podcasts are on our website.

Sarah Coffee is a project assistant with the museum's Education Outreach team. Her podcasting adventures have also sent her into the field with curator on our "food" team.