Unbuttoning the history of the Waterbury Collection

A peek behind the scenes with Lauren Jaeger, button detective.

They witnessed General Robert E. Lee surrender to General Ulysses S. Grant at Appomattox Courthouse. They went down with the Titanic. They've even walked the fashion runways. What am I talking about? The buttons of the Waterbury Button Company, of course! 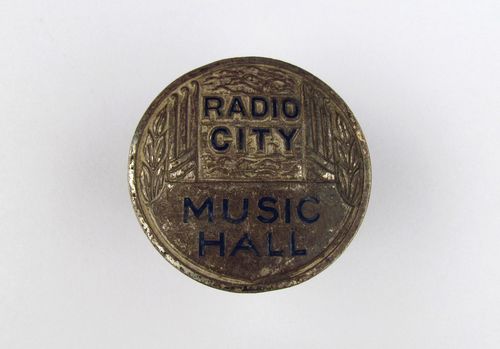 One of my favorite discoveries in the museum's Waterbury Collection is this Radio City Music Hall button. According to a New York Times article, at one time the uniforms of Radio City ushers featured custom made Waterbury buttons.

The story of the Waterbury Button Company captures a rich piece of American manufacturing history. The United States found itself in dire need of uniform buttons (zippers weren't invented yet) when it went to war with England in 1812. Aaron Benedict of Waterbury, Connecticut, helped meet the demand by melting brass and pewter pots to make buttons.

During the 19th century, the company quickly evolved from a small village shop to a thriving national industry. Its expanded product line included brassware such as knobs, hinges, and buckles fashioned from specialized machinery. True to the spirit of its founding, the company continued to produce military buttons and mobilized to meet wartime demands during the Civil War, World War I, and World War II. 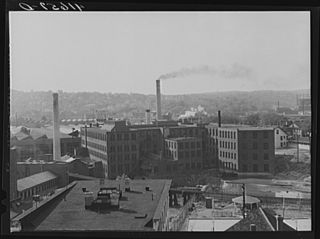 Dozens of innovative brass firms prospered in Waterbury, Connecticut during the 1800s, transforming the town into the "Brass City." This New England manufacturing hotbed earned recognition as the largest producer of brass goods in the United States by the end of the nineteenth century. Photo courtesy of the Library of Congress.

In 1975, the museum collected more than 7,500 of these objects produced in Waterbury, Connecticut. Taken together, these examples of military insignia, civilian emblems, belt plates, buckles, and machine components illustrate the diversity of one company's output over several decades.

Unfortunately, we know very little about the individual nature of the objects. In what year were they made? How were they used? Who used them? Our collection records are pretty silent on these topics. 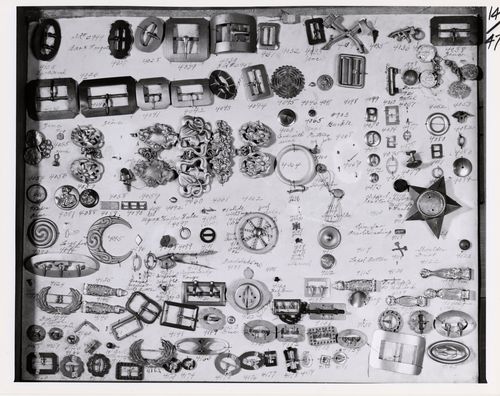 The objects arrived mounted on cardboard display boards like this one. We believe the company may have used these boards to provide a sample of its product line.


At the same time, what's really exciting about this collection is that—without realizing it—many people have encountered Waterbury products in their daily lives. Uniforms for law enforcement officials, flight attendants, and the armed forces feature Waterbury buttons. Brooks Brothers, Liz Claiborne, and many other fashion companies also use Waterbury Buttons.

Have you ever seen Titanic? Movie producers called on Waterbury Button Company to create replicas of actual Waterbury buttons worn by the ill-fated White Star Line crew (we haven't found one in our collection yet, but I'm keeping my fingers crossed). In an effort to learn more about our Waterbury objects and to make these amazing stories more accessible, we are embarking on an important project to inventory the objects and publish the collection to the web. 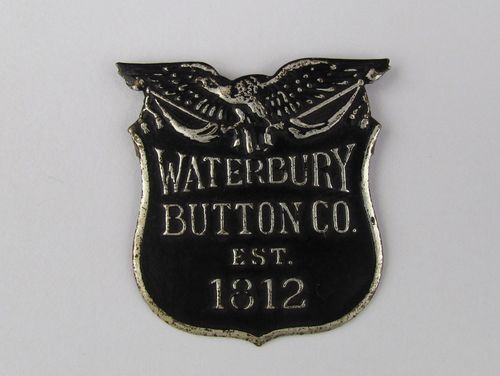 Goods manufactured by Waterbury quickly found their way into the homes of 19th century Americans. The Waterbury name even became an expression in everyday conversation. An 1874 article in an Ohio paper described a man with "an eye as bright as a new Waterbury button."

Our critical inventory work takes place in a small Work and Industry collections storage room. Just down the aisle from the C-3PO costume from Star Wars and some of the first sound recordings, Beth Komisarek and Kaili Lockbeam carefully measure, describe, and photograph each object. Meanwhile, Shay Henrion and I assume the role of history detectives. We scour historic newspapers, patent records, and even eBay postings (don't tell my mom, but I found her next Christmas present) for clues about Waterbury products.

This is a work in progress and we are making new discoveries every day. Some findings raise additional questions. Last week, Kaili showed me a buckle with "BBLUMENTHAL & Co Pat. APPLIED For" inscribed on the back. Some digging revealed that B. Blumenthal & Co. was another button manufacturer also dabbling in the buckle business (check out this advertisement for their La Mode line from a 1946 issue of Life). But why would Waterbury Button Company have a B. Blumenthal & Co. buckle? Companies often keep track of competitors' endeavors. Was this a collaboration between two successful firms? We're hoping that an inquiry to the company archives at the Mattatuck Museum will fill in the missing pieces.

Other observations are more rewarding. Look closely at this photo of a North Carolina button from our collection: 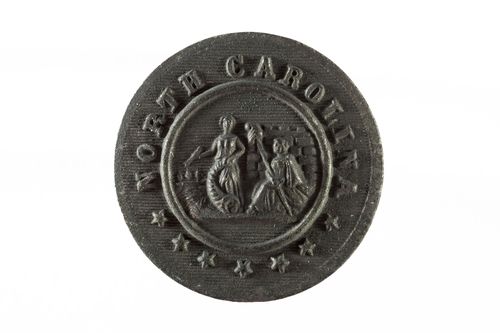 Now compare it to this image of a North Carolina button design from an old Waterbury Button catalog I uncovered:

Cue "Hallelujah Chorus" music. Ladies and gentlemen, we have a match.

We invite you to join our investigation of this collection. Grab your history detective tools and help us decode the past. You can visit our Collections Search Center to explore the objects we’ve inventoried and share your own insights. I can't wait to see what you dig up.

Lauren Jaeger is a Collections Documentation Contractor at the National Museum of American History.