When a new object goes on display, we get excited. Intern Hannah Ostroff gives a behind the scenes look at the installation of our 19th-century fire engine.

There were no sirens to alert us to the presence of our new object, but by the time the museum opened this morning to the public, I had already spent a couple of hours fact-checking, photographing for Instagram, and tweeting up a storm. After all, it's not every day that you get to see a fire engine move in. 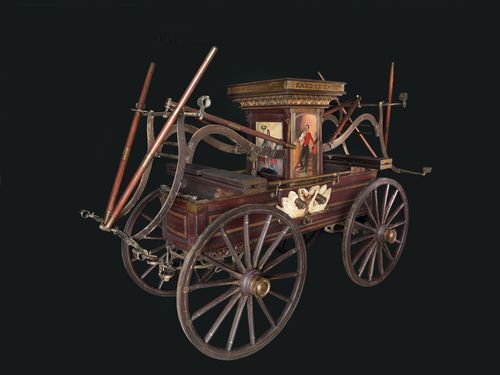 The museum acquired this hand-pumped fire engine in 2005, but it's never been on display during its time here. This morning, I watched in awe as the vehicle was carefully moved from the Object Lab (part of Preservation Services) to its new home on display on the first floor.

The engine style, developed in the late 18th and early 19th century in Philadelphia, was designed to be pulled by hand, but we've gone slightly more high-tech here at the museum. Staff used self-loading dollies to maneuver the labyrinth of hallways behind the scenes at the museum. I don't envy the 19th-century firefighters who had the job of pulling this engine through crowded streets—our curator, Tim Winkle, said it was at least as heavy as a car, and that "two people couldn't carry even one of the wheels." 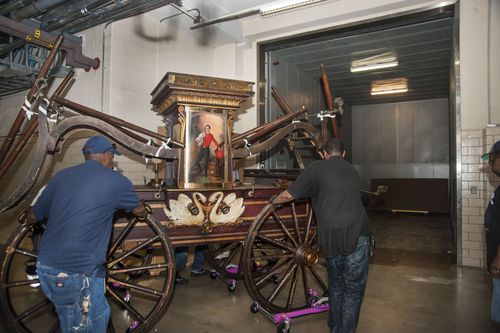 Moving the engine into the freight elevator

This Philadelphia-style fire engine (made in my home state of Delaware) had to leave the Object Lab, travel down our basement hallway, take a journey on the freight elevator, and round a corner before arriving in its new spot. I'll admit: I held my breath as the imposing vehicle was expertly navigated around tight corners and under low ceilings. The engine arrived, safely and incident-free, and rolled on its own wheels for the last few inches into place. 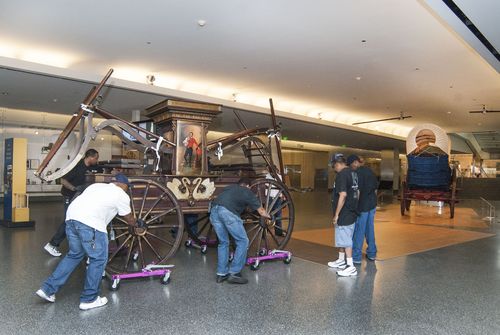 Rolling the engine onto its spot on the floor

I spoke with the museum's Director, John Gray, about the exciting addition on view. "It's the first thing you see when you enter," he said. "It's a real statement about America and about our collection—about America’s collection." I certainly agree. 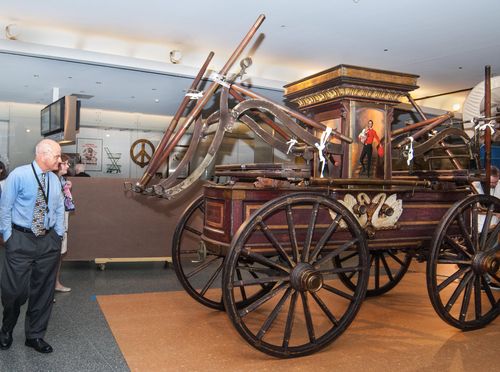 Here are a few more facts I learned while covering the installation of our fire engine: 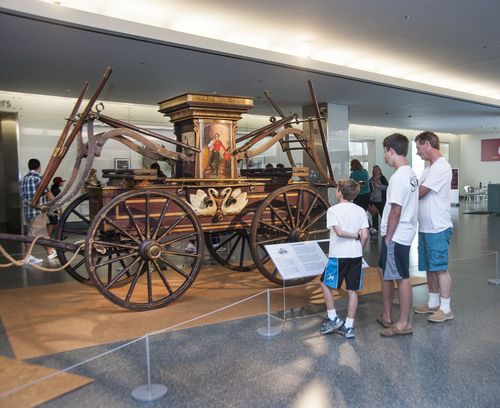 The fire engine on display to the public

The engine is now on temporary display adjacent to the Conestoga Wagon on the first floor center area. Installing such a large object requires intense planning and collaboration (check out this video of the Conestoga Wagon being put together), but it's worth it to have such an iconic representation of American bravery and public service on view. (Note: Conestoga Wagon no longer on display as of October 2015.) 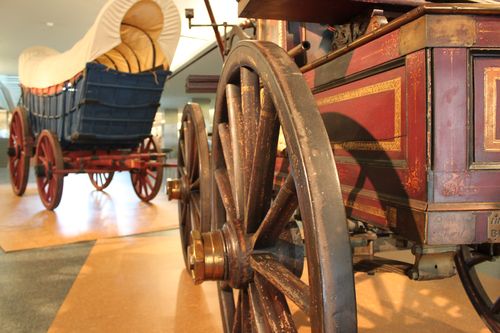 Hannah Ostroff is a New Media intern and member of the William & Mary Class of 2013. She has also blogged about interning at the museum.