A look back at LGBTQ+ rights

On a warm September evening in 1998, Houston, Texas, police dispatched on a disturbance complaint entered the apartment of John Lawrence. According to the police, they found Lawrence and Tyron Garner in his bedroom having sex. Lawrence and Garner claimed that they were in the living room, clothed, watching television. What the two men were or were not doing was potentially criminal under the anti-sodomy laws of Texas. 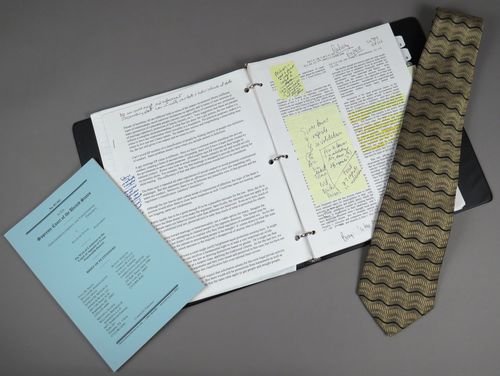 Attorney Paul Smith donated objects from the Lawrence v. Texas case, including the notebook he used at the podium, the neck-tie he wore that day, and a copy of the legal brief.

At the time, 13 states had such laws. Child custody, work, and housing protections for gays and lesbians were unavailable in most states. In most states, a person could be fired from a job simply for being gay. The 1986 Supreme Court decision, Bowers v. Hardwick—decided during the intense fear and scape-goating of the AIDS epidemic—had constitutionally ratified the presumptive criminal status of "homosexuals." Despite the defendants' denials, the arresting officers maintained that Lawrence and Garner were caught in the act of sex, even though by all accounts the activity took place in the privacy of a home between consenting adults. They were arrested and charged with violating the Texas "Homosexual Conduct" law. 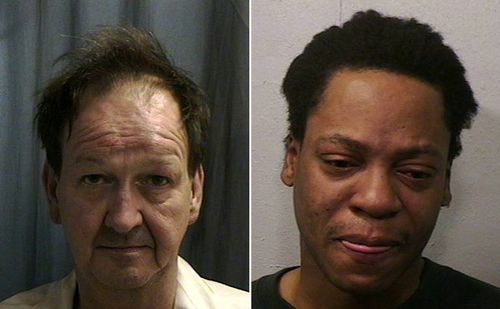 A file clerk at the Harris County Justice of the Peace Court noticed the charges the next day and thought it unusual. That evening, he and his boyfriend went to their favorite bar and discussed the incident with the bartender, who also happened to be active in gay rights. The bartender sought Lawrence out and, a few days later, contacted some other gay rights activists and a local gay attorney who brought in Lambda Legal Defense, the national gay legal advocacy group. The men initially pleaded "not guilty" but, following the advice of their lawyers, changed their pleas to "no contest" in order to challenge the constitutionality of the law.

This case eventually became the momentous Supreme Court decision known as Lawrence v. Texas, announced on June 26, 2003. The Constitutional arguments were based on the 14th Amendment's clauses on equal protection and rights of privacy and liberty. The Lawrence v. Texas decision was important for several reasons. It created the possibility that Lesbian, Gay, Bisexual and Transgender (LGBT) people might one day serve openly in the military, marry, and legally parent children. Historians and legal scholars mark it as a major civil rights case—the LGBT Brown v. Board of Education. The 6-3 decision stopped government intrusion on what consenting adults do with each other in private but left other sexual civil liberties alone.

Not only did the Supreme Court reverse itself by striking down Bowers—a rare occurrence in itself—but it did so in the remarkably short interval of 17 years. It took 58 years to overturn the legality of segregation upheld by Plessy v. Ferguson (1896), while Korematsu v. U.S. (1944) and the internment of American citizens of Japanese descent during World War II has yet to be reversed. Relatively, the pace of social change for LGBT people has been rapid—transpiring over the span of a few decades. 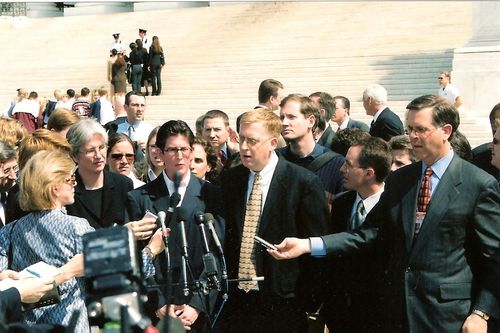 Paul Smith wearing the lucky necktie, with Lambda Legal Defense Fund attorney Ruth Harlow on his right, after arguing the case before the Supreme Court, 2003.

Dozens of lawyers led by Lambda Legal Defense worked on the case. Paul Smith, a Washington, D.C., attorney, argued it before the United States Supreme Court. On that day, he wore a gold-colored neck-tie with black accents and had a set of notes in a black binder with him at the podium. Smith recently donated these to the museum. In view of the significance of this remarkable decision, its years in the making (anti-sodomy laws first appeared in the colonial era), the heroic efforts to get it through the courts, and the countless lives touched by it, we might well ask: when is a neck-tie more than just a neck-tie?

Katherine Ott is a curator in the Division of Medicine and Science. She has also blogged about the EveryBody online exhibition, on the history of disability in America.

Posted in From the Collections, LGBTQ+ History