Confronted with challenging primary source material as part of her research on the civil rights movement, Fellow Regina Sierra Carter was moved to share this reflection on the crusade of activist Fannie Lou Hamer and connections to her own life.

"Is this America, the land of the free and the home of the brave, where we have to sleep with our telephones off the hooks because our lives be threatened daily, because we want to live as decent human beings, in America?" – Fannie Lou Hamer at the Democratic National Convention in Atlantic City, New Jersey, August 22, 1964 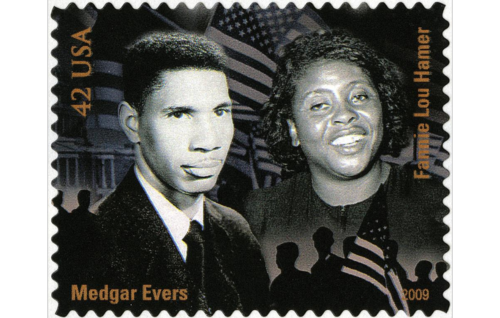 At the persistent request of relatives, in 2003, I registered to vote. At the time, I did not understand what the "big fuss" was all about as I dragged my feet to the voter registration office one smoldering summer day. In my 18 year-old-mind, voting was a blazing burden instead of the blessing I have come to know it as. Similar to Mrs. Hamer, I grew up in the rural South, although in South Carolina, not Mississippi. Unlike the iconic heroine, Hamer, I was born 20 years after the passage of the 1965 Voting Rights Act, which made discriminatory voting rights laws illegal.

One of the events that helped garner the publicity for this Act and provide the momentum blacks needed to finally exercise voting privileges was the 1964 Freedom Summer. While working on curriculum materials for the 2014 National Youth Summit on the Freedom Summer, I came across some unsettling videos and primary source materials that documented the struggles Civil Rights workers were subjected to such as verbal abuse, beatings, and bloodshed. One such source I encountered was Hamer's testimony before the Democratic National Convention. 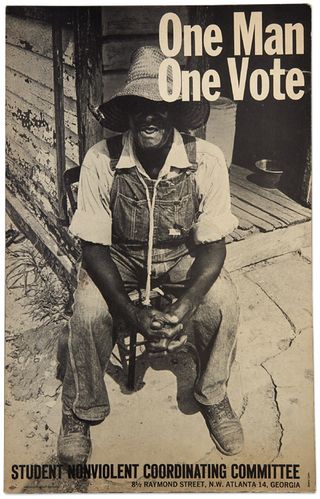 I am grieved to admit that I did not fully comprehend the humiliation, hurt, and hatred Hamer (and others) experienced until I read the transcript of her testimony from the 1964 Democratic National Convention. According to that transcript, Hamer was forced to lie on her face on a prison cell bed while two black men (whom were ordered by a "State Highway Patrolman") beat her. This beating occurred after she was taken into custody following a voter registration attempt.

From the assassination of Medgar Evers, the murders of Congress of Racial Equality (CORE) members Michael Schwerner, James Chaney, and Andrew Goodman, and Hamer's horrendous ordeal, people from all walks of life and of varying ethnicities have been on the frontlines in the fight for civil rights.

Regina Sierra Carter is a fellow in the Office of Education and Public Engagement. On February 5, 2014, the Museum will be talking with high school students, scholars, and activists about the history of Freedom Summer and the legacy of the civil rights movement for modern day activism in the National Youth Summit on Freedom Summer.