Willkommen to Joel Grey's straw hat from the film Cabaret

Like New Media interns before her, Hannah Ostroff enjoys the history of American musical theater. She interviewed Curator Dwight Blocker Bowers about a recent addition to our collection, now on display. 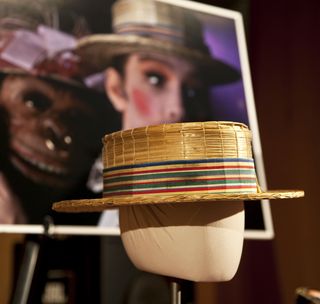 Straw hat from the film Cabaret

It turns out, straw is a sturdier substance than you might assume.

This straw hat, worn by Joel Grey in the film Cabaret, has weathered the elements and stood the test of time as an icon of the film musical. This week it was put on display in the American Stories exhibition at the museum.

I sat down with Curator Dwight Blocker Bowers to discuss the hat, the show, and the amazing career of Joel Grey.

Joel Grey wears this hat in a famous scene from the film. Can you explain the song "If You Could See Her (Through My Eyes)" and its significance?

It's sort of a vaudeville routine, except the difference is that he dances in the cabaret with a dancer in a gorilla costume. And the gorilla is used as the equivalent of a Jewish person in Nazi Germany. And so therefore, by his accepting the gorilla, he's accepting a relationship with a Jewish person.

What was it like meeting Joel Grey at the donation ceremony in person? What was his reaction to his hat going into the collection?

I explained to the audience that the song was more than just a love song, and he got up and sang it a cappella. For him to stand there and sing that song was just remarkable. It was a wonderful experience for him to just break into song, without any accompaniment, without a piano or anything, to hit his note and sing it perfectly. And every lyric he remembered—everything about the performance was there, including I think a couple of the gestures. So it's very wonderful when that happens. Rarely does someone try to recreate their role, but it was great to have him actually do.

Watch Joel Grey speak (and sing!) during the donation ceremony on February 22, 2013. The event celebrated the film's 40th anniversary, and took place in the Warner Bros. Theater.

I’m curious about the story of acquiring the hat. How did we come to add it to the collection?

We have his Cabaret costume from the film, and the offer of the hat was just a wonderful bonus, because we didn’t expect that any of this stuff was around anymore. It was his idea to donate the hat. We heartily approved, because that number is so pivotal in the film.

You said that it was a surprise to get the hat. What usually happens to costumes after they're used in a movie?

It's very interesting for movies, because both costumes and props sometimes are pilfered. They go home with an actor, or they go home with a member of the crew and they don't remain. So tracing down [the hat] from a film that was made in 1972 was something of a neat thing. 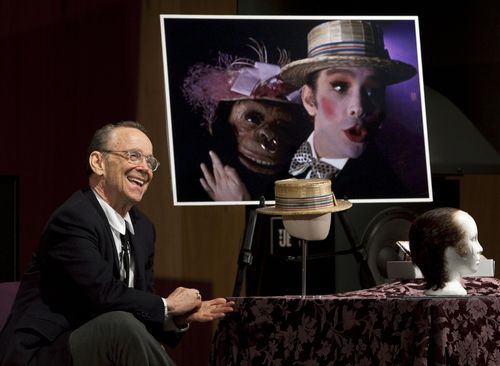 Joel Grey with the straw hat he wore in the film, with an image from its famous scene. Although created in 1972, the straw hat is remarkably stable. "It has a few dents in it, but it’s relatively hardy," said curator Dwight Blocker Bowers.

Cabaret was released in 1972—how was it groundbreaking for its time period? The film is set in 1931 Germany, and deals with some heavy issues of religion, sexuality, and a nation torn apart by war.

It really does. I think it was really a step forward for the film musical, in many ways, and certainly the vision for it was rather dark and forbidding. And particularly that one song, "If You Could See Her (Through My Eyes)," by [composers] Kander and Ebb, is a riveting piece of work, particularly how it's staged.

It’s a far cry from Oklahoma!

What is noteworthy about Grey's role as the Master of Ceremonies?

I think that his Emcee performance is just remarkable. He is, in many ways, the glue of the piece. He holds the cabaret world and the real world together. And that figure was created [for him]. It evolved primarily out of his career of being a song and dance man, and being in many musicals before that. Forgetting the role in Cabaret, Joel Grey was just about to leave the business when he got that role. [Director of the original Broadway production] Harold Prince called and said I think I've got something that I'd like to talk to you about.

It worked out pretty well for him, I think.

Yes, very well for him. And I think that's the one thing that I was struck by, seeing him in person. He's obviously very much reverent about the character. He's not one to, perhaps, make fun of the character in any way, shape, or form. He's very reverent for what it did for him, as well as creating a rather iconic figure in the theater. 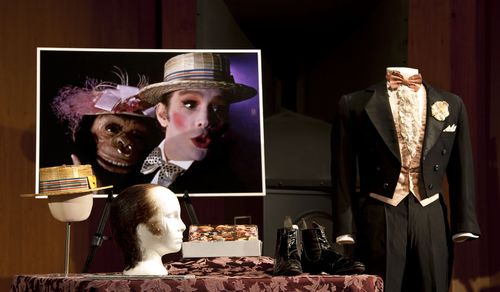 The straw hat joins other elements of Grey's costume from the film, including a tuxedo of tailcoat, ruffled shirt, cummerbund, and pants. Bowers says that these pieces were created to look shabby, and are "beautifully sort of tattered," which reflects the shady nature of Grey's character and the cabaret itself.

The museum recently welcomed Elphaba's dress from the Broadway show Wicked. Joel Grey played the Wizard of Oz in that production's original Broadway cast. Why is it important to collect these pieces of American culture?

I feel in many ways they function as bringing people to the experience of a performance that wasn't there, to acquaint them with what made a particular piece of work or a particular actor so effective. The costume plays a role in their performance, and I’m quite sure that Joel Grey would say that the costumes that he has in the collection here contributed heavily to how he interpreted the role. The costume in many ways represents a symbol of what they did.

A costume can be enormously powerful in the world of theater, for a performer or an audience member.

It is enormously powerful. One of the things that museums do is that they allow visitors to indulge perhaps in their own fantasy of what was, whether it has to do with them projecting ideas toward the Star Spangled Banner, or whether it goes with a particular performance. It allows you to embody a performance and a performer as best you can without having them there.

Dwight Blocker Bowers is a Curator of the Entertainment Collection in the Division of Culture and the Arts. Hannah Ostroff is a New Media intern and member of the William and Mary Class of 2013. She has also blogged about the first Fourth of July. 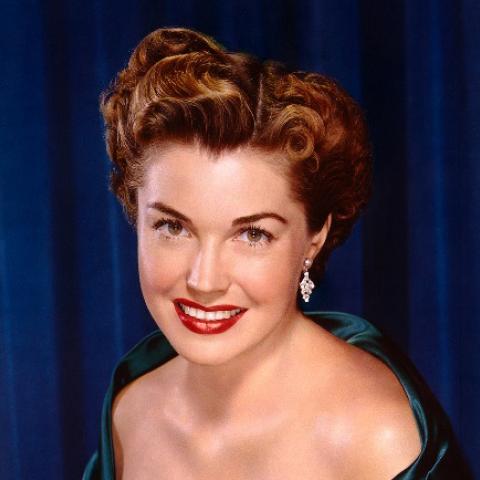