While exploring a collection of portraits of leading thinkers in mathematics and computing, curator Art Molella became curious about the intersection of art and technology. Using a traditional film camera, the photographer captured the humanness of these abstract thinkers, illustrating that mathematical thought is, in fact, creative and artistic. 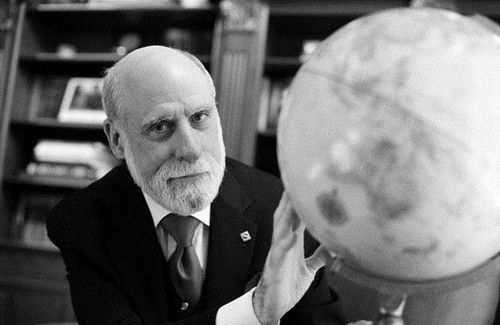 Vint Cerf won the Turing Award in 2004 with Bob E. Kahn for "pioneering work on internetworking." c: Peter Badge/Typos1 in cooperaton with the Heidelberg Laureate Forum – all rights reserved, 2013.

A couple months ago, I was invited to write an introductory essay for Masters of Abstraction, a new book by German photographer Peter Badge. The book is a collection of portraits of winners of the Fields and Abel prizes in mathematics, and the Turing and Nevanlinna awards in computing. These are the top prizes in their fields, all modeled more or less on the Nobel, which has no category for mathematics.

I first met Peter about 15 years ago when I was co-curating an international exhibition on the 100th anniversary of the Nobel Prize. He was commissioned to photograph the laureates for the exhibition and accompanying volume.

When I watched Peter at work, I was struck by two things. First, I was struck by his uncanny ability to relate to the laureates on a personal level and to capture on film his sense of their personalities and deep humanity, however remote or abstract their research. Second, I was struck by his stubborn insistence on sticking with analog photography and old-fashioned photographic film—specifically black-and-white Kodak Tri-X—just when digital technology was taking over his medium. Over the years, he has never gone digital, despite the near-disappearance of Tri-X from the shelves of photo stores. These observations prompted me to reflect on the tools of photographers, human creativity, and machine "intelligence."

Let me try to explain why I think this matters. It is conceivable that Alan Turing, mathematical genius, code-breaker extraordinaire, and pioneer of artificial intelligence after whom the prize is named, could have ultimately rendered Peter's work obsolete. Turing's famous "Turing Test," proposed in 1950, is defined in Wikipedia as a "test of a machine's ability to exhibit intelligent behavior equivalent to, or indistinguishable from, that of an actual human." As far as I know, Turing himself never ascribed any deep existential meaning to his test. However, in the popular mind, it carries the implication that smart machines, perhaps in the not too distant future, will surpass and eventually replace the brains of intelligent, even super intelligent, humans.

HAL 9000, a Heuristically programmed ALgorithmic computer, from "2001: A Space Odyssey," via Wikimedia Commons

Should that appalling day arrive when the descendants of HAL 9000, the single-minded and omniscient computer of Arthur C. Clarke's 2001: A Space Odyssey, become masters of the universe and solve all conceivable mathematical riddles, would we still want to buy Peter's book? Would we want to view photographs of human also-rans in some future mathematical Olympiad totally dominated by machines? Granted, it would be interesting and probably comforting to study the humanity, character, and creativity written in their faces. But, in the end, would it matter?

For Peter, the answer to this question is surely that yes, it matters, and for a myriad human reasons. Intelligence is ultimately a human concept. In that sense, we can reasonably ask if intelligence can ever truly be "artificial." Peter's goal is not only to honor prizewinners, but to probe the mysteries of human creativity. He knows instinctively that creativity can never be reduced to computer algorithms. It is ironic to think that Turing himself, who lived a brilliant but tormented life, would have been the worst possible candidate for machine replacement.

That takes us back to Peter's loyalty to analog film, his chosen and evidently natural medium. I have not asked Peter this question, but I think I know why he has not yet gone digital. I suspect he resists the imposition of a computerized process between himself and his human subjects. 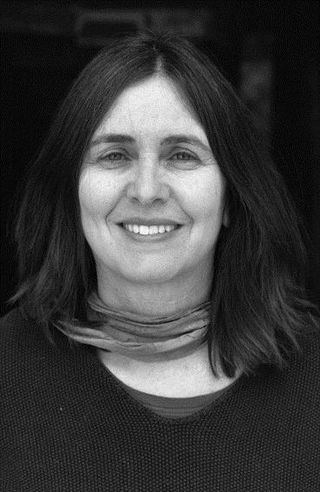 Shafrira Goldwasser won the 2012 Turing Award along with Silvio Micali for their work in the field of cryptography. c: Peter Badge/Typos1 in cooperaton with the Heidelberg Laureate Forum – all rights reserved, 2013.

There are suggestive parallels here with the creative processes of mathematicians. Evolving computer technology has changed how mathematicians work. Abstract mathematics increasingly involves computers; the verification of proofs is one example. But, just as photographers "see" their final image in their mind's eye before actually taking the shot, mathematicians often visualize their proofs in advance. Both photographers and mathematicians share this sensory, almost tactile feeling for their creations.

Abstraction is central to science and mathematics, but the term has other, equally rich resonances. In this sense, the title of Badge’s book—Master of Abstraction—plays brilliantly on the association with masters of abstract art. Even die-hard believers in machine intelligence cannot credibly claim that artists will eventually cede their studios to ranks of painting robots wielding brushes and palettes. The creative theories and inventions honored in Peter's book are not just equivalent to art, they have become art and speak to the identity of all forms of creativity.

Finally, it is worth pointing out that photography, too, is all about numbers: film speeds, f-stops, shutter speeds, focal lengths, light intensity, even the "golden ratio" applied to framing an image. This is just as true for analog film as it is for digital photography, though digital has added a few more numerical parameters to play with. At some point though, Peter Badge, like all genuine practitioners of his art form, puts the numbers behind him and proceeds on the wings of creative instinct. And this is where Peter and his subjects merge in body, mind, and spirit, in a realm where numbers become sheer beauty. 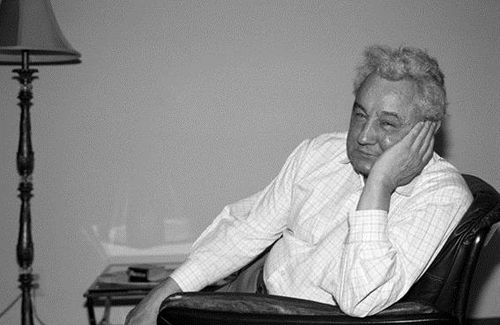 Sergei Novikov won the Fields Medal in 1970 for his work in algebraic topology, most notably the Novikov conjecture, which concerns homotopy invariance of certain polynomials in the Pontryagin classes of a manifold. c: Peter Badge/Typos1 in cooperaton with the Heidelberg Laureate Forum – all rights reserved, 2013

Archimedes, the greatest mathematician of antiquity, is featured on the Fields Medal for mathematics. A Latin inscription from Astronomica, by the Roman poet Manilius, surrounds Archimedes likeness: "...you are seeking to pass beyond your understanding and make yourself master of the universe..."

Archimedes on the Fields Medal, via Wikimedia Commons

In a match for "Master of the Universe" between Archimedes and HAL 9000, where would you put your money? I know where I would.

Art Molella is the director of the museum's Lemelson Center for the Study of Invention and Innovation. This post originally appeared on the Center's blog, Bright Ideas. He has also blogged about the life of James Smithson. 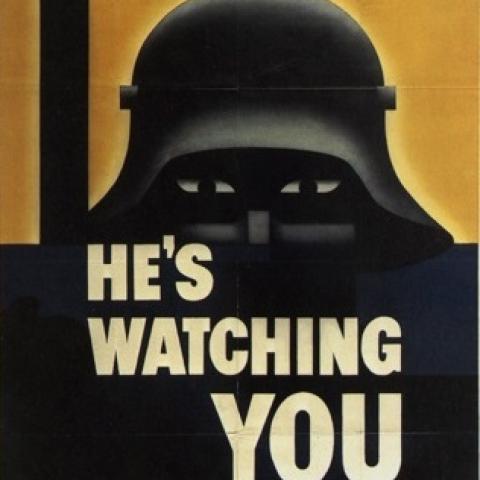 Can we control surveillance tech?
The National Museum of American History's Lemelson Center for the Study of Invention and Innovation recently hosted its annual symposium,... 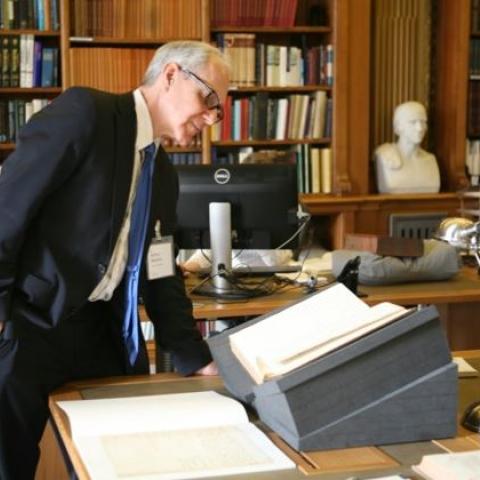