Do you know Chicago Mystery Man?

Update: Thanks to your help, we can add more information to what we originally knew. We've added a few location details (the 700 block of Michigan Ave. in Chicago), a year (1951), and the name of an owner of a home referred to among the Chicago Man's papers (Mr. Cahill).

Like any good detective novel, there are many questions unanswered about Chicago Mystery Man, but some tantalizing clues are available. By publishing this post, we are asking if someone out there might be able to shed some light onto this mystery. The mystery starts with photographs recently donated to the museum's collection from an estate sale. 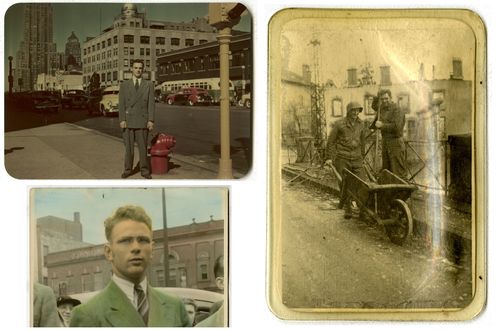 Why do we need more information? We have many photographs of unknown persons that were collected through the years for many reasons: because they used a brand of technology, illustrated a particular aspect of society, or were interesting in and of themselves. But, divorced from their context—who is pictured and information about that individual—these photographs lack a layer of meaning and therefore are limited in one aspect of their use to researchers.

If you have information that might help us identify or learn more about this individual, please e-mail the Archives Center at Archivescenter@si.edu and put "Chicago Man" in the subject heading to share what you know. We aren't able to publicly share all of the photographs from this set of material, but we hope that this provides a starting point.

We might begin solving this present mystery of "unidentified Chicago man" by applying the "five Ws" of journalistic investigation: who, what, when, where, why, and how.

So this is what we know:

Who? This material was donated to the museum by an individual who purchased it from e-Bay. The e-Bay user provided only the following information: the photographs were purchased from an estate sale in Sister Lakes, Michigan. At the estate sale, the e-Bay user learned that the main individual represented in these materials served in World War II. We have learned that he painted on canvas, sometimes al fresco. He lived in Chicago, Illinois. 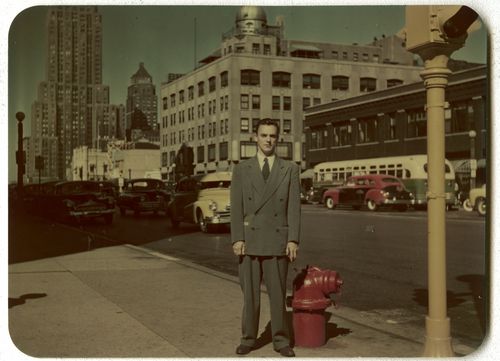 Do you recognize this man? We recently learned that this is the 700 block of Michigan Ave. in Chicago. It appears to be around 1951 given the model of the bus in the background. A reader also recognized the Drake Hotel in the background.

What? The entire donation consists of 41 photographs and three pieces of ephemera. The source from which the donor received the photographs had no more information than is included in this blog post.

When? These photographs were taken in the 1940s and the 1970s. Other photographs included in the donation are dated 1948. The most recent photographs appear to be late 1970s, early 1980s vintage. 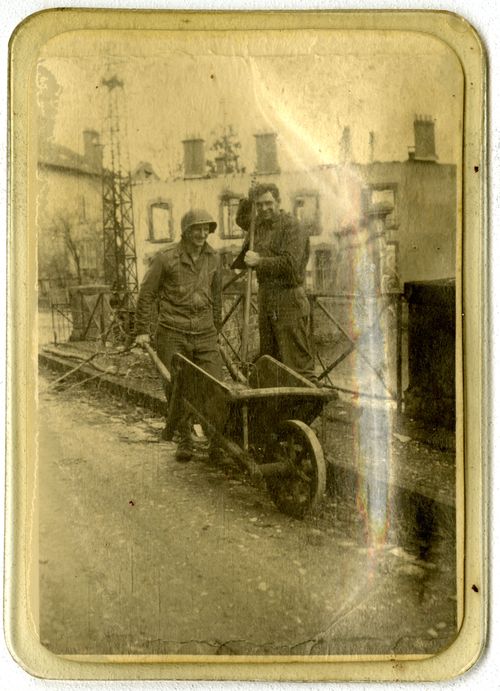 The Chicago Mystery Man served in World War II. This photo is likely of acquaintances in Europe.

Where? In one photograph that we can't reproduce here, the man is painting a Tudor-style cottage—could he have been stationed in England? One small photograph is definitely from the European theater of World War II and appears to represent two of his friends or acquaintances. In another, he poses in a home with a full mustache. The photographs accompanying this photograph were from Chicago, Illinois. A real estate brochure for a home at 3144 N. Wolcott in Chicago with the caption, "our new home" was among the photographs, but we aren't sure whose home this might be—a friend's or his own? A reader recently told us that a Mr. Cahill owned the home in 1989 but we aren't sure if he also owned it in 1979. 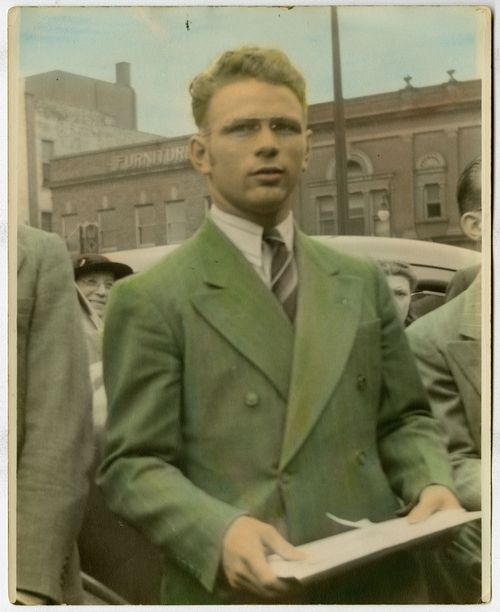 Please e-mail the Archives Center at Archivescenter@si.edu and put "Chicago Man" in the subject heading if you can help us solve this case.

Why? We don't know why the above photograph was taken. In the image, people stand close together with a car and furniture-related building in the background. The central figure holds what appears to be a package of documents. The photo has been colorized using a process called hand tinting.

How? The photographs were presumably taken by other people. How they began their journey in Chicago or ended it at the Archives Center, National Museum of American History is a mystery.

Franklin Robinson, Jr, is an archives specialist in the Archives Center, National Museum of American History.