What we don't remember Charles Lindbergh for: The perfusion pump

A 1936 article in The Literary Digest claimed that aviator Charles Lindbergh's scientific work "would probably be remembered long after his flight to Paris is only a dimly recalled event." Since that prediction failed to come true, Intern Sarah Lake shares the forgotten story. 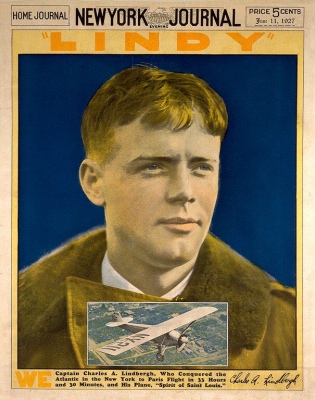 Portrait of aviator Charles Lindbergh by an unidentified artist. Collection of the National Portrait Gallery, NPG.97.144

Charles Lindbergh is known today for his 1927 flight across the Atlantic Ocean—and not the odd-looking medical invention that awed the public when it was introduced in 1938. How did he come to co-invent the perfusion pump? 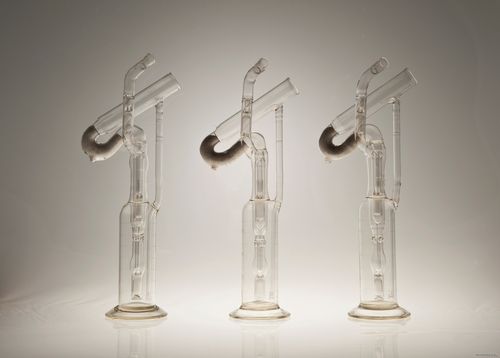 Perfusion pumps made by Charles Lindbergh and Alexis Carrel, 1935

In 1930, Lindbergh was introduced to surgeon Alexis Carrel, who won the Nobel Prize in Physiology or Medicine in 1912 for his work in vascular suturing techniques. Carrel had been investigating the possibilities of keeping tissues and organs alive outside of the body. They were unlikely partners, brought together by a shared interest in the workings of the heart.

While Lindbergh was well loved and charismatic, Carrel was eccentric and described by many as antisocial. One of his better known quirks was insisting that all visitors to his operation room dress wholly in black.

Carrel perfected the formulation of a nutrient-rich fluid that sustained the cells of organs. Unfortunately, he lacked the technology to perfuse the organ (bathing the cells in the fluid continuously) with the steady heart-rhythm of oxygenated blood. Lindbergh's extensive knowledge of mechanics helped solve Carrel's problem by creating a complex glass apparatus, the perfusion pump. Lindbergh drew up the designs for the pump and perfected the structure of a rotating glass valve that properly regulated the pressure in the pump. After five years of work, the pair successfully managed to keep cat and bird organs alive for as long as 21 days. 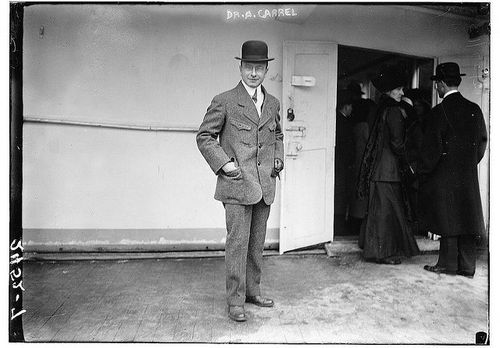 The pump, which resembles a many-headed glass goose, consists of three main chambers. The organ is placed in a slanting glass tube and its carotid artery carefully connected to another tiny glass tube. Air pressure drives nutritious fluid up from the lowest reservoir, through the tube, artery, and organ. Gravity pulls the fluid through a filter, an equalization chamber, and back into the reservoir. The pump itself has no moving parts. Air that enters the pump first passes through a glass sphere filled with non-absorbent cotton to make sure that no germs are introduced into the sterile interior.

Glass was critical to the success of the pump; other materials caused blood clots and complications in the organ. Lindbergh's pump was made of Pyrex, the same material used for casserole dishes. The museum has three of the roughly 20 pumps Lindbergh constructed for their experiments.

The perfusion pump excited people because it proved that machines could assist humans in growing and repairing organs. After demonstrating that fluid exchange in the pump enabled the organs to grow, Carrel planned to harvest insulin and growth hormones from perfused organs. Additionally, varying the fluid could help identify how chemicals introduced into the body would affect individual organs. Carrel stressed that organs waiting to be transplanted could be perfused, increasing the window of time between removal from one body and insertion into another.

When the pump was announced, it attracted immediate attention among the general public. Scientists and physicians saw this as the dawn of a new era. Lindbergh and Carrel's invention was hailed in magazines as mankind's closest approach to immortality. Papers proclaimed that Lindbergh and Carrel had unlocked the "The fountain of old age." Such a groundbreaking invention was surely more significant than a transatlantic flight, or so the public thought. Carrel and Lindbergh even appeared on the cover of TIME magazine with their perfusion pump. 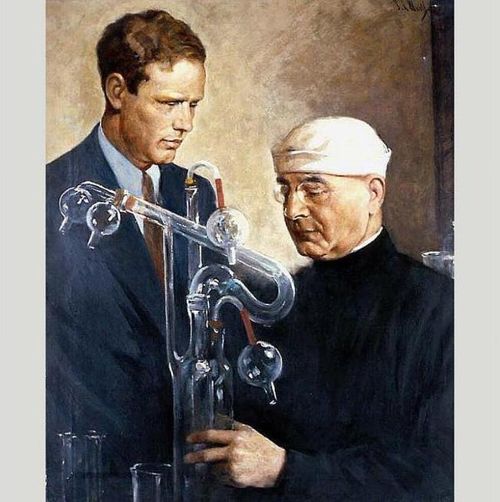 By 1940, the pump's time in the spotlight had run out. The delicate procedures the device required made it unpopular in the scientific community. Attaching the artery to the minuscule glass tube inside the pump was difficult—one wrong move and the artery could tear, twist, or overstretch, rendering the test organ unusable. The meticulously-constructed apparatuses became fit only for display cases, while Lindbergh was remembered not for scientific innovation, but as the aviation icon The Lone Eagle.

Sarah Lake is an intern in the Division of Medical Sciences and a freshman at Middlebury College. Learn more about internship opportunities and how to apply. 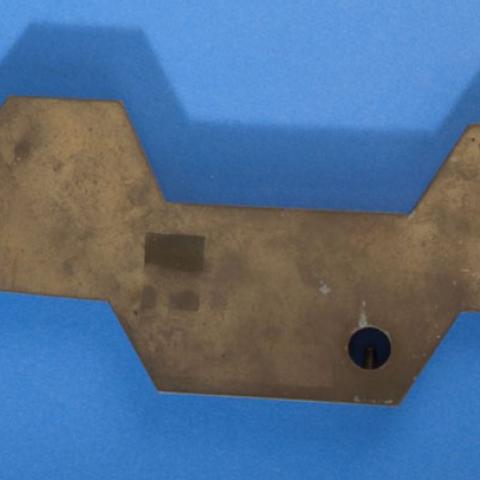 You asked, we answered: Why did a female scientist get left off an exhibition label?
Today, on the anniversary of scientist Rosalind Franklin's death, we remember her with a story about how our audience pushed for her...