Pigeons in bras go to war

What does a brassiere company have in common with World War II? Why, the pigeon vest of course. 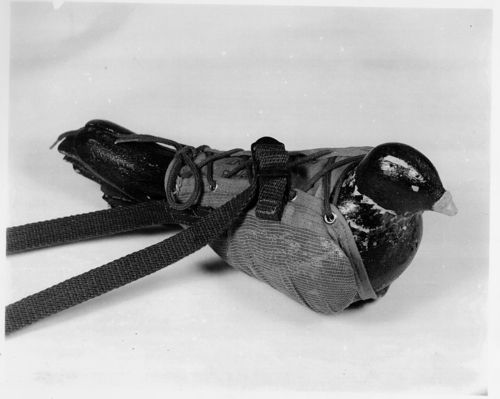 The pigeon vest was a vest that was created to protect carrier pigeons as they parachuted through the air strapped to the chest of paratroopers during World War II. Once the paratroopers hit the ground behind enemy lines, they would release the pigeons so they could fly off to deliver important messages. 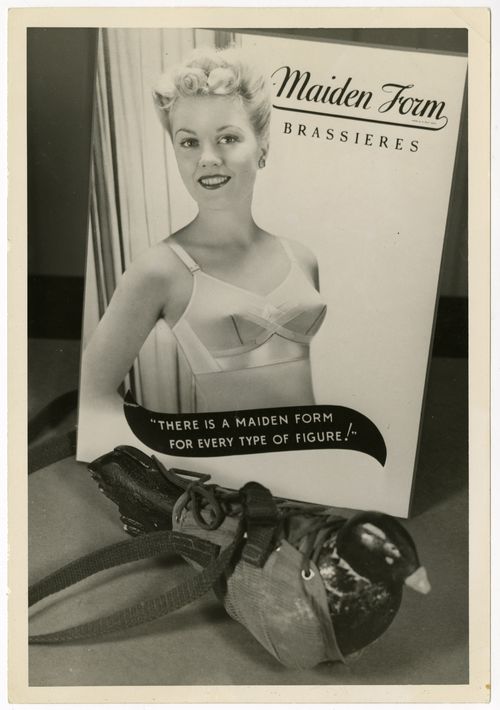 “There is a maiden form for every type of figure!” Even the figure of a pigeon! National Museum of American History, Archives Center, Maidenform Collection, 1922-1997.

And what does this have to do with brassieres? The pigeon vest was designed and manufactured by the brassiere company, Maidenform. On December 22, 1944, Maidenform agreed to make 28,500 pigeon vests for the U.S. government, switching, as many companies did, from peacetime production to producing necessary supplies for the war. In addition to the pigeon vest, Maidenform also made parachutes. 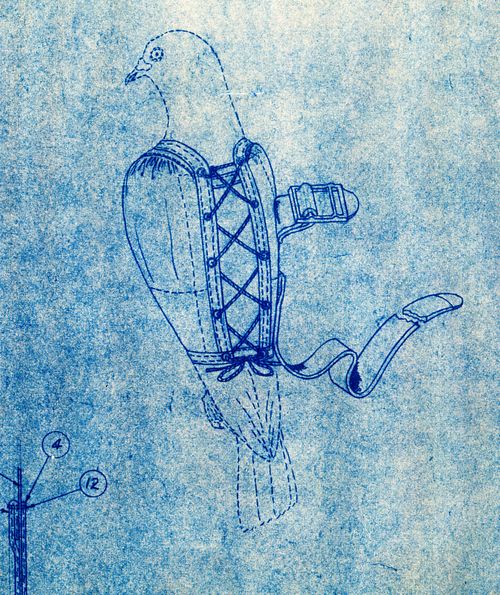 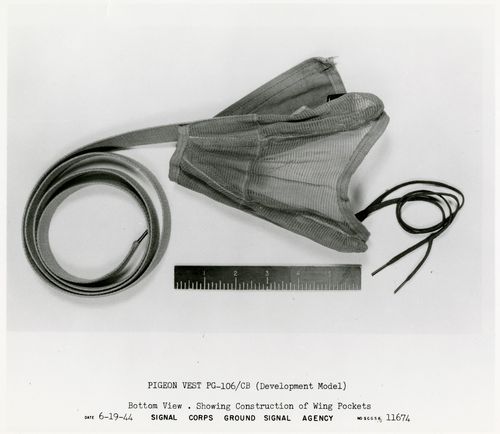 This is an early model of the pigeon vest dated June 19, 1944. The vest was made out of porous materials, with a tighter woven fabric underneath so the pigeon's claws would not damage the mesh. It also included an adjustable strap for the paratroopers to strap across their chests. The vest was shaped to the body of the pigeon, leaving their head, neck, wing tips, tail, and feet exposed. The vest would be attached to the outside of the paratrooper's jacket as seen in the photo below. 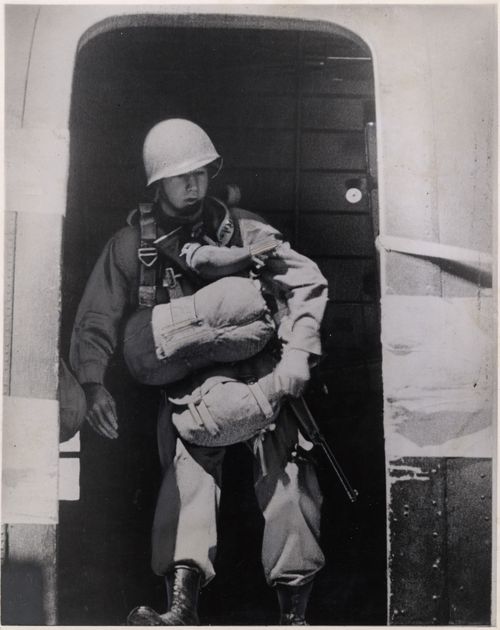 The pigeon carried messages in a tiny capsule attached to their leg. The capsules could contain messages, blood samples, or even tiny cameras. Oftentimes, these carrier pigeons, also called homing pigeons, were the only form of communication during World War II. They were also the most secure and reliable. Homing pigeons were the least likely form of communication to be intercepted. More than 95% of the messages they carried were successfully delivered. Due to their obvious necessity for wartime communication, approximately 56,000 carrier pigeons were trained for war missions in World War II. This was the height of carrier pigeon use.

The pigeons' average speed was 50 miles per hour and their average flight distance was 25 miles, although they could travel up to 2,000 miles. They helped with tactical gains but also saved many lives. Thirty-two pigeons received medals for their service in World War II. One of those pigeons was named G.I. Joe. He carried a message to cancel a bombing mission and, in doing so, saved the lives of about 1,000 Allied troops.

Craving more pigeon history? The museum's collection also includes Kaiser, a captured German carrier pigeon, who was trained at Ft. Monmouth, New Jersey, and who was used in training homing pigeons for the U.S. Army during World War II, as well as World War II pigeons Anzio Boy and Global Girl. Cher Ami, a carrier pigeon from World War I, was awarded the French Croix de Guerre for his service.

Pigeon vest materials, including photographs, pattern pieces, blueprints, and business documents, are located at the Archives Center in the Maidenform Collection #585. Lindsay Keating was a summer intern in the Archives Center Intern at the National Museum of American History. She has also blogged about shocking mining accident photos that, luckily, are fake.