Curious about the story behind the basketball card, intern Curtis Harris interviewed Jim Barnett, whose pro basketball career began in 1966 with the Boston Celtics. 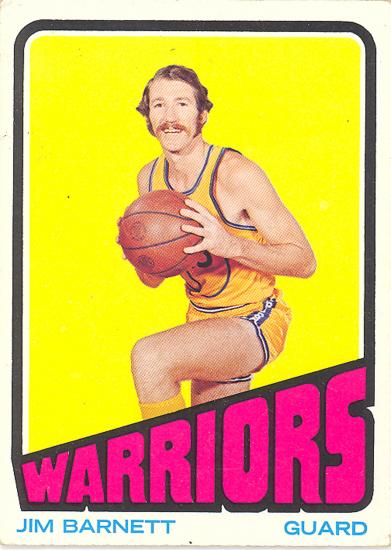 Aside from the outlandish hair and flamboyant jerseys of the players, basketball cards of the 1970s provide a fascinating window into an exciting and chaotic era in the sport's history. Two rival leagues (the NBA and ABA) were battling for the best players. Those players were expressing themselves in bolder and flashier ways through dunks, dazzling dribbles, and three-point shots that often made older observers of the game cringe. 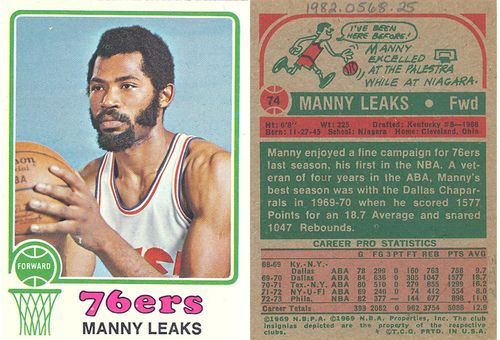 Card of Manny Leaks. The reverse of the card features player stats and fun factoids, such as "Manny excelled at the Palestra while at Niagara."

Although the cards help speak for an era, I wanted a player from the era to help flesh out the conversation. Jim Barnett was among these players and he graciously agreed to discuss his long association with the NBA that began in 1966. Barnett jokingly began the conversation with a modestly befuddled question, "Why am I so famous that I have to be in some part of the Smithsonian?" Nonetheless, Barnett quickly shifted from interrogator to eloquent responder. 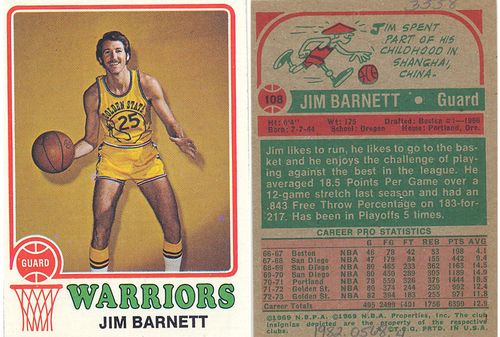 He expressed grateful amazement at playing for the Boston Celtics, even if it meant some intense pressure: "First of all getting drafted by the Boston Celtics as their number one draft pick [in 1966]. Playing for Bill Russell who's a legend, won eight straight championships, and that was pretty frightening… But just to put on that Celtic uniform and sit on the bench most of the time was pretty special." 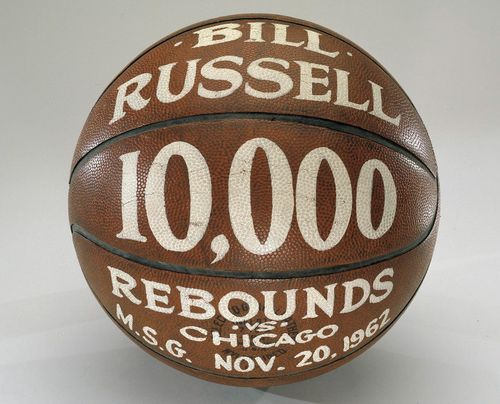 The basketball that Bill Russell, Barnett's teammate and coach on the Celtics, grabbed for his 10,000th career rebound in 1962

As the conversation continued, Barnett declared the highlight of his career was "the playoff runs with the Golden State Warriors" in 1972 and 1973. Featuring stars like Rick Barry, Nate Thurmond, and Jeff Mullins, Barnett called those Warriors teams his "favorite group of guys" and he maintains contact with several of them to this day. 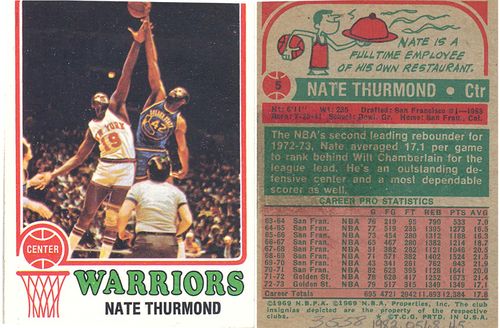 Card of Barnett's teammate, Nate Thurmond. The reverse of the card lists Thurmond's height at a towering 6'11" and shares that he was a full-time employee of his own restaurant. 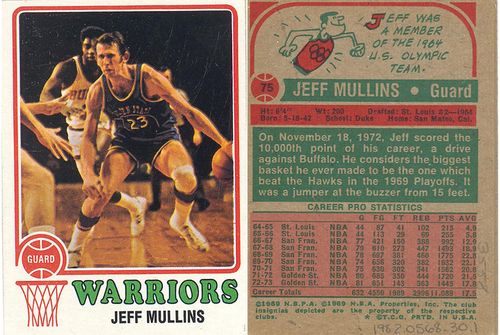 Card of Barnett's teammate, Jeff Mullins. The reverse of the card notes that Mullins was a member of the 1964 U.S. Olympic Team.

Despite the good times, life in the NBA wasn't always wonderful for Barnett and his contemporaries. Today, stars like LeBron James make well over $10 million a season on long-term, guaranteed contracts. Not so during Barnett's career.

He expressed frustration at how contracts were dealt with in the 1960s and 1970s. "There was no security at all on my part," Barnett says. "It was all for [management's] benefit." The retired shooting guard described how teams could unilaterally revoke contracts they found burdensome. However, players couldn't renegotiate contracts they felt were unfair from their perspective.

After years of litigation that began in the early 1970s, a strengthened players' union succeeded in ensuring free agency and the right to guaranteed contracts. 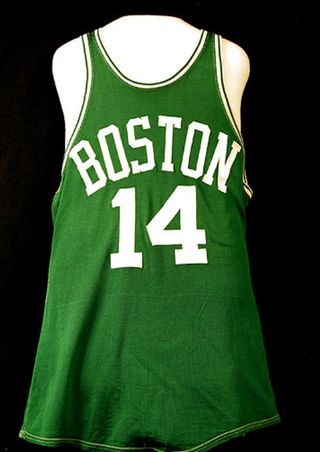 After his playing days ended in 1977, Barnett began a new career as a commission salesman that he found highly rewarding, but basketball was an itch that still needed scratching.

"I started with college games back in the late '70s and early '80s," Barnett recalls his entrance into broadcasting, "and then I took the full-time Warriors job in '86." For nearly 15 years, Barnett worked double-duty as a Warriors broadcaster and a commission salesman although "nobody ever knew it," he says with a laugh. Since 2000, Barnett has settled down as a full-time broadcaster for the Warriors and keeps no side jobs, at least none that he's revealed.

Like any good conversation, though, my talk with Jim Barnett revealed plenty of great stories that went down unexpected, entertaining paths. It showed that basketball players are complex individuals who through their words bring life to the cards, jerseys, and basketballs we hold in our collection.

Curtis Harris is an intern in the Division Culture and the Arts. He writes about basketball history on his own site, Pro Hoops History, and has been featured on ESPN, Yahoo! Sports, and Hardwood Paroxysm.