Behind "The Birth of Biotech"

Science history is an integral part of the American story. Mallory Warner, a project assistant in the Division of Medicine and Science, shares a behind-the-scenes look of our upcoming biotech display.

Techincally, anything from beer brewing to making art with day-glo bacteria falls under biotechnology's broad definition: "the use of biological processes or organisms to create products or technologies for human use." Today, however, we often use the diminutive "biotech" to refer to the most modern biotechnologies, particularly those that manipulate the genetic material of cells or organisms.

We have been collecting objects related to biotech since the industry's blossoming in the 1980s. Among our historic artifacts are prototype gene guns and the first thermal cycler, or PCR machine. (PCR stands for "polymerase chain reaction.") 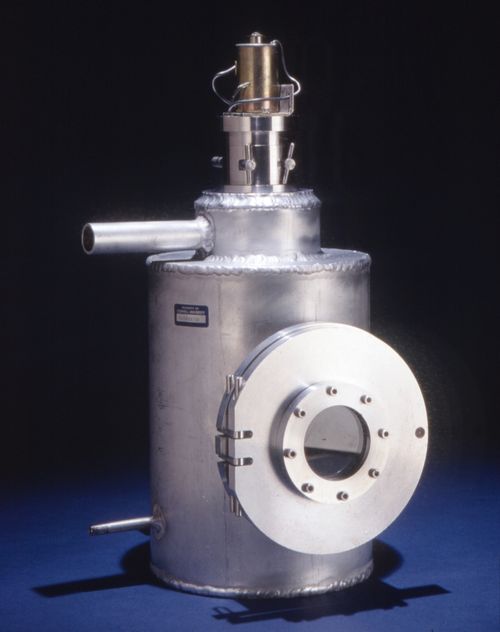 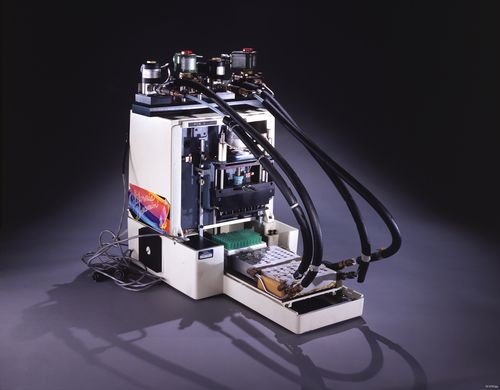 This object, affectionately referred to as "Mr. Cycle," was the first prototype automated PCR machine or thermal cycler. PCR, short for polymerase chain reaction, was a revolutionary laboratory technique developed by Kary Mullis at Cetus Corporation in 1983.

In 2011, we began discussing collecting opportunities with the biotech company Genentech. Daniel Yansura, one of the first scientists they hired as a start-up company in the late 1970s, had saved laboratory objects from the early days at Genentech and hoped to see them donated to an American museum. This lab equipment was used to develop some of Genentech's earliest products. As one of the first biotechnology companies to emerge from the "Biotech Boom" of the 1980s, these objects provided a way to look at the birth of an American industry.

The donation of these objects helped inspire a renewed focus on biotechnology in the Division of Medicine and Science. While the museum's west wing is under renovation, we've been looking for new ways to present the history of science to our visitors. Eager to exhibit these new objects and share their story, we proposed a historical highlights case, "The Birth of Biotech," that examines the industry's first major product—recombinant human insulin, sold under the brand name Humulin. 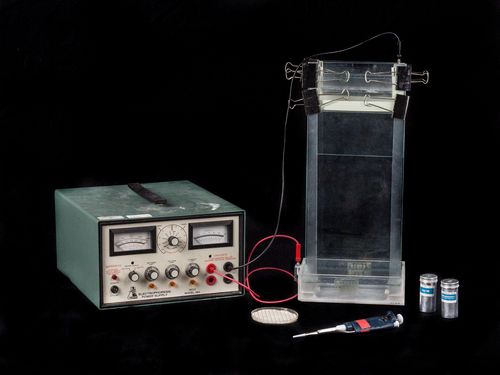 Although the word "biotech" gets bandied around a lot, we were aware that many Americans may not be familiar with the industry apart from controversial topics such as genetically modified food or the cloning of Dolly the sheep. We're excited to share this story of the founding of the industry and hope that by examining biotech's impact on insulin, a drug that plays a key role in the lives of many Americans with diabetes, visitors will become curious in finding out more about the many ways biotech touches our lives today.

You can see "The Birth of Biotech" in person at the museum starting this Friday, October 25, 2013 through April 2014. This History Highlights Case is made possible through the generous support of Genentech, Inc. Can't make it to the museum to see the case? Check out the case's online object group.