If you're shopping for the holidays, don't miss The Smithsonian's History of America in 101 Objects, a new book that highlights objects from across the Smithsonian—from buffalo to Bakelizer—to illustrate American history. Intern Leanne Elston spoke with Richard Kurin, the book's author and the Smithsonian's Under Secretary for History, Art, and Culture.

If you had to choose just 101 objects to showcase American history—a handful, considering the 137 million objects in the Smithsonian—you might be tempted to skip over a walking stick. A walking stick, though, is one of Richard Kurin's favorite objects out of the 101 he selected for his book. 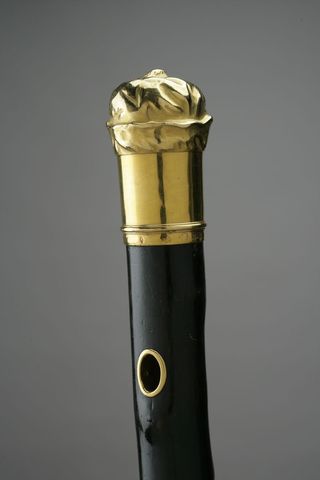 How does a walking stick help tell the story of America?

When Benjamin Franklin served as ambassador to France, he was given a walking stick that had an intriguing element—the tip was designed to look like a fur cap. Kurin explains that Franklin wore a fur cap while in France, and the French loved it because it made him stand out as overtly American. They saw his cap as a symbol of American ideals of freedom and self-government. The cap became a "cap of liberty," and it crowns Franklin's walking stick.

"It could've been the scepter of a king," Kurin says. "It could've been one of those powdered French wigs of the aristocracy." And yet it wasn't. It was a plain fur cap, a simple encapsulation of America.

The story of the walking stick was a particular highlight from our chat with Kurin. He talks more about the book below.

Why is it important to look at American history through objects specifically?

A lot of people think history is boring. They remember some awful history class they had to take in junior high school, but we've got 30 million people who voluntarily take history every year, walking into our museums. To me, it's easier to approach history through an object. It hits you in a sensory way, rather than having to memorize something you can't see; it's tangible. Objects also relocate you. 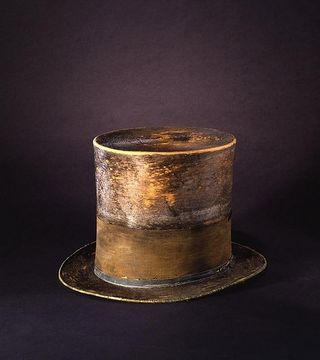 Objects connect us to history. "When you look at the object, you say, 'Wait, Lincoln wore that hat?' You can be part of that time and that place," Kurin explains.

What are some unexpected objects that made it into the book?

I think the first and last objects of the book are kind of surprising. The first one is the Burgess Shale—it comes from about 525 million years ago, and it's all those squiggly, crazy creatures that were captured in the soft silt and that really give us a sense of the profusion of life during the Cambrian [period]. Just the fact that they're 525 million years old gives you a sense that that's when America was forming. We think our history is long and ancient, but when you think 525 million years, you [think] history in this country goes a long way. I didn't think I would start there, but I did.

The last object of the book is surprising, too. It's an object that is being built now, the Giant Magellan Telescope. That telescope will allow us to see back almost 13 billion years in time. The last object in the book will allow us to see back in time before the first object in the book was even created. The further out you look, the further back in time you’re looking. It made such wonderful bookends. 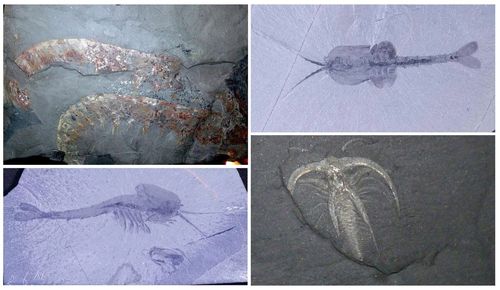 Fossils from the Burgess Shale, National Museum of Natural History. "When we think about American history, we're really dealing with this tiny space in the enormity of the universe—just a little sliver of time," Kurin says. "I like that. It's more than history."

What do you want people to take away from this book?

I hope it inspires a sense of curiosity. I also hope that people get a better appreciation of objects, that they interrogate even the simplest objects around them—who made it, what is it made out of, where did it come from? I think there's a richness in material culture—material culture is what we live in.

Americans need a shared understanding of their history. I have to think, and I do think, that there's a sense of a shared American experience, and I think this book captures that.

In particular, I want students to take something away from this book. I want to pique kids' curiosities and have them interrogate these objects for their historical value. Any theme a teacher is exploring with a class—music, science, technology, innovation—they can slice the book in different ways to explore those themes in the classroom.

Educators will enjoy our latest History Explorer podcast, which features a discussion with Kurin about why objects make such good teaching tools.

The Smithsonian's History of America in 101 Objects is available for purchase online and in the museum store. Richard Kurin is the Smithsonian Institution's Under Secretary for History, Arts, and Culture. Leanne Elston is an intern in the New Media Department at the National Museum of American History.