Just in time for Thanksgiving, Project Manager Nanci Edwards shares a family letter from the Civil War, providing a glimpse into what the holiday was like for one Union soldier.

Vidal Thom was my great-great uncle. On Christmas Day, 1861, the 19-year-old enlisted in the Union army in Nashua, New Hampshire.

I transcribed this letter he wrote on Thanksgiving to his younger brother, William "Willie" Thom (my great-great grandfather) from a "camp near Bealton Station, Virginia." In addition to imagining the chicken pie, cider, and plum pudding his brother was enjoying for Thanksgiving (and he was no doubt missing), Vidal also reflects on what he is thankful for, even though he was far from home. 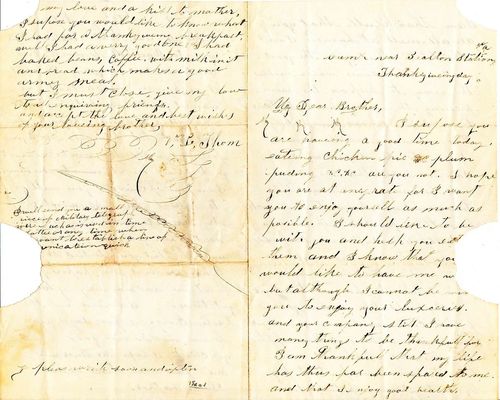 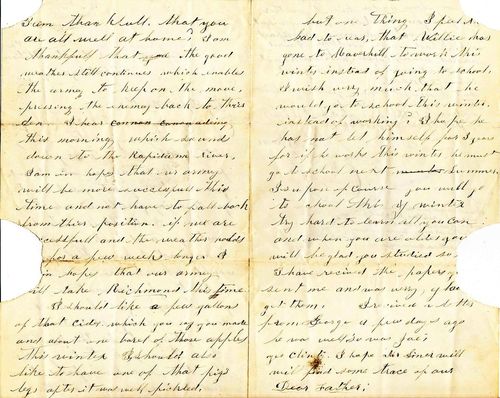 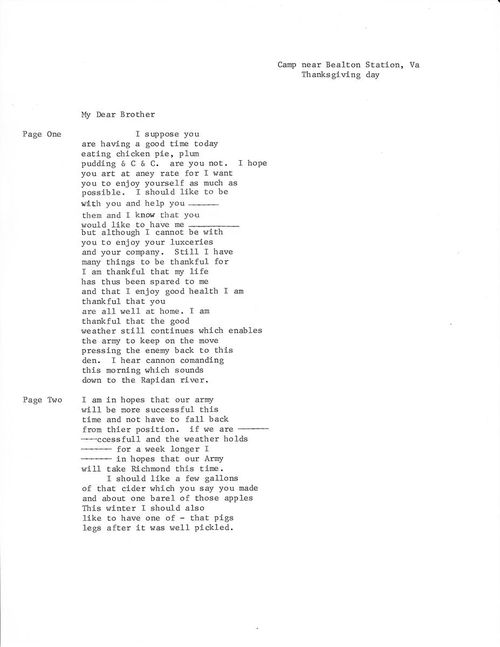 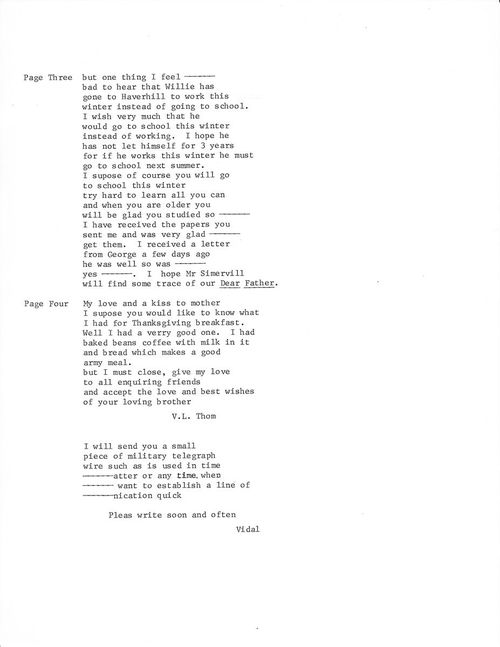 The transcript of Vidal Thom's letter to his brother 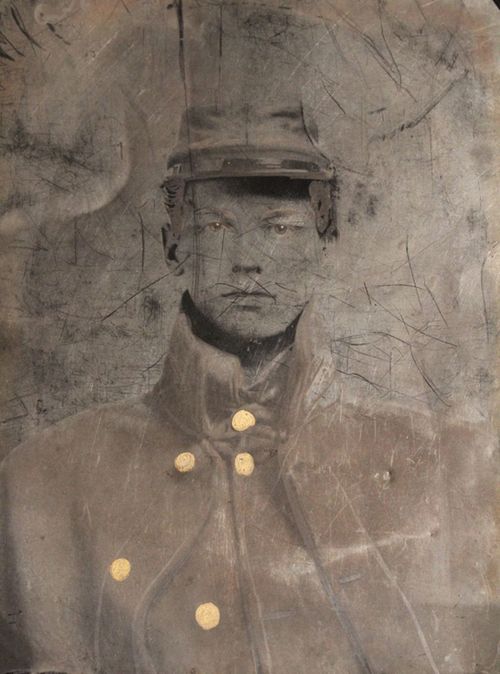 A very young looking Vidal looks out at us from this tintype. The tintype is about 6x8 and portrays Thom wearing his military uniform with the gold buttons on his coat painted on the face of the tintype. I just can’t get over how young he looks.

Through his letters and diary entries, I've been able to follow Vidal as he moved through Northern Virginia (where he was captured at Middleburg and then spent some time as a prisoner of war on Belle Island in Richmond), to Cold Harbor, Stony Creek, and then out to the Shenandoah Valley. The last letter that we have was sent from City Point, Virginia, and was dated July 8, 1864. Vidal Thom was killed on July 18, 1864, while on picket duty at Cox's Mills, Virginia (north of Charlottesville).

Whether you're eating baked beans or plum pudding this Thanksgiving, take a moment to reflect on your family history.

Nanci Edwards is a project manager at the National Museum of American History. For a closer look at the letter, view the images on Flickr.