Puppets: On stage, on screen, on display tomorrow

On December 13, 2013, the new Puppetry in America display case opens at the museum, highlighting a collection that curator Dwight Blocker Bowers is eager for visitors to see out of its drawers. Intern Leanne Elston spoke to Dwight about puppetry and its evolution in America.

When you first see the new Puppetry in America display case, it's hard to know where to look first. Lively characters compete for your attention from all directions—quarreling duo Punch and Judy in one corner, Corpse Bride figures in the other, and, from above, friends from Sam and Friends. The case is unlike any other display in the museum, a real tribute to entertainment that catches your eye and takes you on a visual journey. 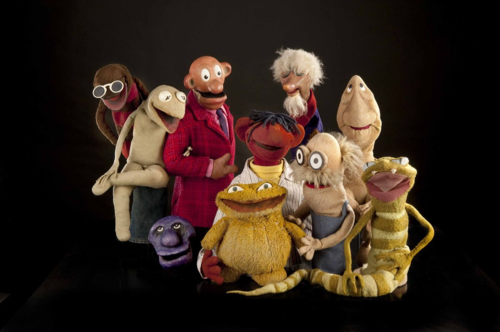 A five-minute television show seen in Washington, D.C., between 1955 and 1962, "Sam and Friends" featured Jim Henson's earliest puppets. This group has the first version of Kermit, not yet a frog but a lizard-like creature, and also includes Pierre the French Rat, Henson's oldest surviving puppet.

"This collection just demands an audience," says Dwight Blocker Bowers, curator in the Division of Culture and the Arts and the enthusiastic mind behind this exhibition. "They're created for an audience. They deserve to be seen."

Seeing such a diverse group of puppets brought together is a unique opportunity. Not only does it get these puppets out of their boxes—some of them haven't been on display since 1980, and Kermit the Frog is the only puppet on view elsewhere in the museum—but it offers a chance to experience puppetry in all of its many forms. Such easy access to puppetry wasn't always possible. In the 19th and early 20th centuries, puppeteers traveled to put on shows and had to rely on live performances in theaters, with only one audience at a time. 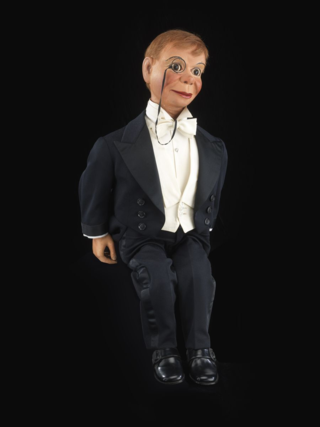 Edgar Bergen and his wooden alter ego Charlie McCarthy enjoyed success as one of the great comedy teams in show business. This puppet was created in 1922. 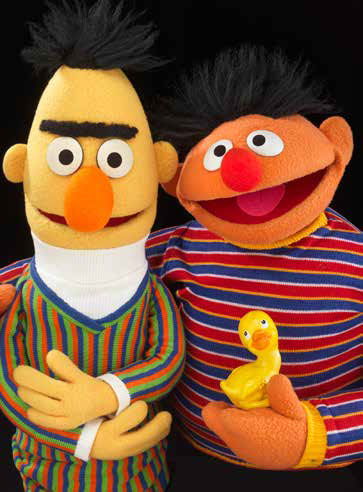 Bert and Ernie from 1969 are on display in the second round of puppets. MUPPET characters are registered trademarks of Disney Muppets Studio © Disney. Courtesy of The Jim Henson Company. Gift of the Jim Henson Family.

With the advent of television, puppetry then gained new ground in innovative techniques. Jim Henson utilized television to free his characters from the confines of a stage. "He was just in love with what the camera could do," Dwight tells me. "It gave an intimacy and a focus that previous forms of puppetry did not." Henson used the sound stages in the studios as his stage and watched his actions on a TV monitor. "His puppetry was done completely in tune with the dynamics of television." 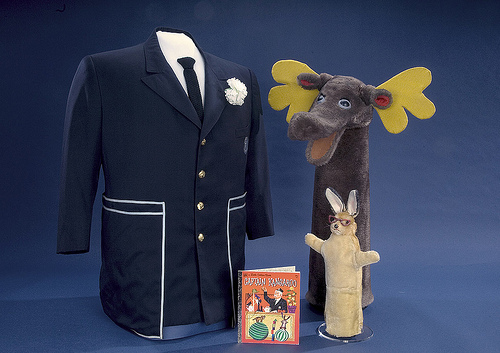 The new display case captures puppetry's transition from stage to screen. Half of it is constructed as a large theater stage, while the other half is a television. All of it invites you to engage with an animated group of characters. Although the puppets are still, they're livened by an undeniable energy. They come in all shapes and sizes—there's a fragile Chinese shadow puppet from around 1850 and small paper versions of Red Riding Hood and the Wolf from the 1900s, but there's also honky-tonk musician Slugger Ryan tinkling away at his piano, while Mr. Moose and Bunny Rabbit lean brightly towards you as though ready to spark conversation. 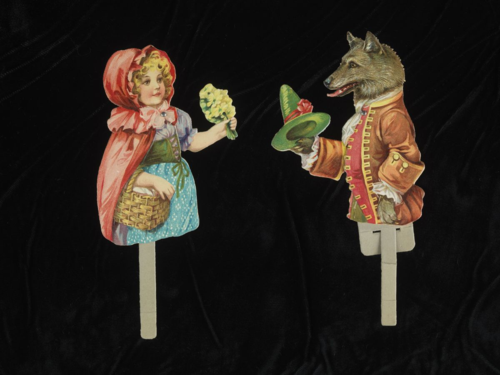 These paper puppets of fairy tale characters Red Riding Hood and the Wolf are from the 1900s. They are cut-out color chromolithographs mounted on cardboard. They are manipulated by a cardboard stick extending through a slot at the bottom of the puppet.

"People will be surprised by the varieties that exist under the word 'puppet,'" Dwight explains. The craft encompasses so much as both a form of art and of entertainment, and now visitors can see it all. With a grin, Dwight suggests to me that the puppets, through some divine inspiration and desire to interact with their visitors, might come alive for us after years cooped up behind the scenes: "Charlie McCarthy was no slouch when it came to making a wry riposte," he notes. Really, the suggestion doesn't seem too far-fetched.

The first rotation of puppets in Puppetry in America will be on display through February 2014. The second rotation of puppets will be on display starting in February 2014. Leanne Elston is an intern in the New Media Department at the National Museum of American History. Want more puppets? She has also blogged about how we conserve Jim Henson puppets. Check out our Flickr set for more photos of the puppets in the case's first rotation. 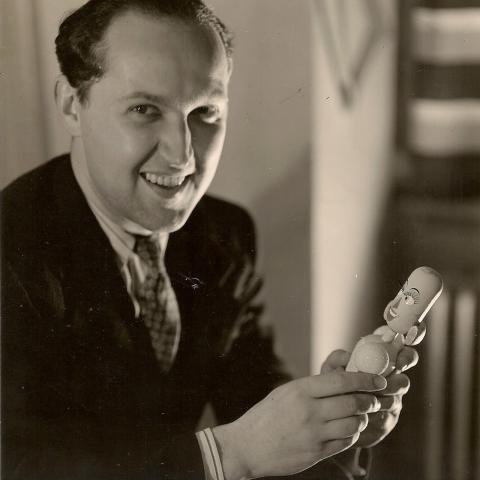 5 fascinating examples of George Pal's stop-action puppetry
The National Museum of American History has a number of artifacts donated in 1983 by Elisabeth Pal, the widow of brilliant animation...