On Abraham Lincoln's 205th birthday, intern Kate Fuljenz shares the story behind an etching on Lincoln's gold pocket watch from the perspective of Doug Stiles, who has a very important family connection to the timepiece. 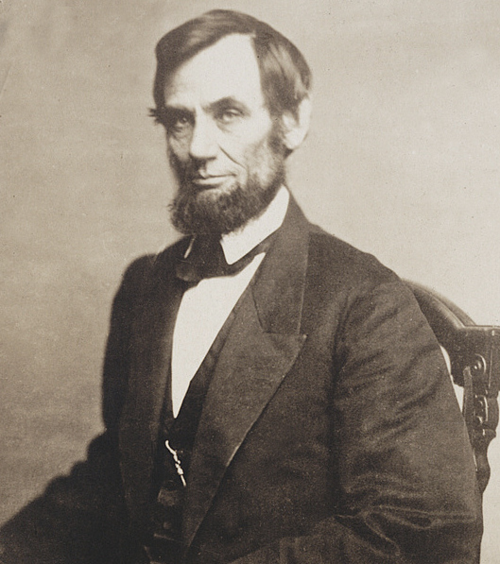 In this 1861 photo, Lincoln can be seen wearing his watch. He never knew that it carried a hidden message. Photo courtesy Library of Congress.

Genealogy has fascinated me since I can remember my grandparents telling stories of our colorful family history. I developed a strong drive to study my family's history, and as a result, I learned a great deal about American history. I could not have been more excited when I learned that as part of my internship I would have the opportunity to interview Doug Stiles, a member of the Smithsonian Council for American History, on his family history and their connection to President Abraham Lincoln. 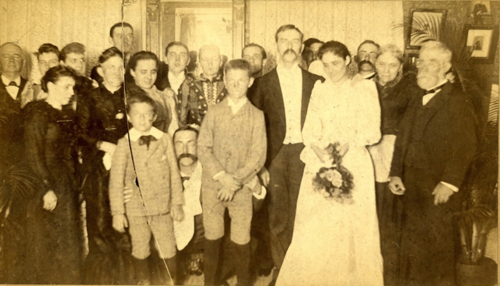 Even though Doug first heard about the connection between his family and President Lincoln's pocket watch in his early 20s, he did not investigate the link until 30 years later. In the summer of 2008, Doug received a letter mentioning the pocket watch from the son of his great uncle Dave, Jonathan Dillon's grandson. Doug was told the story of the Dillon family immigrating from Ireland to Washington, D.C., in the 1840s.

In April 1861, Dillon worked as a watch repairman at M. W. Galt & Company. One day when Dillon was working, the shop's owner told everyone that the Civil War had begun—the first shots had been fired at Fort Sumter. Dillon hurriedly engraved a few words on the underside of a watch he was working on, which happened to belong to President Abraham Lincoln. The story was forgotten until 45 years later, when the New York Times published an article with Dillon, then 84, recalling the etching on Lincoln's watch. If the story was true, how did the note go unnoticed by historians? Where was the watch now? 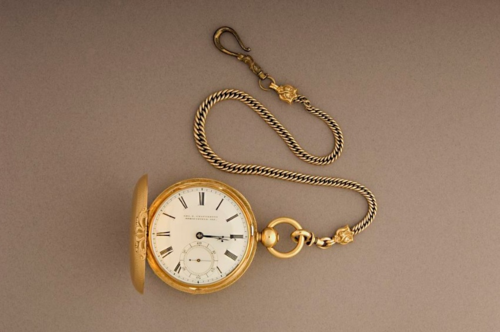 Lincoln's English gold watch was purchased in the 1850s from George Chatterton, a Springfield, Illinois, jeweler. The watch's movement was made in Liverpool, England, while the case was made at an unidentified American shop.

Doug's pursuit of answers took him to the National Museum of American History. He contacted Harry Rubenstein, chair and curator of the Division of Political History, and described his search in detail. Because the museum had the correct watch in its collection, Harry believed Doug's story. Together, Harry and museum staff decided to open the watch. 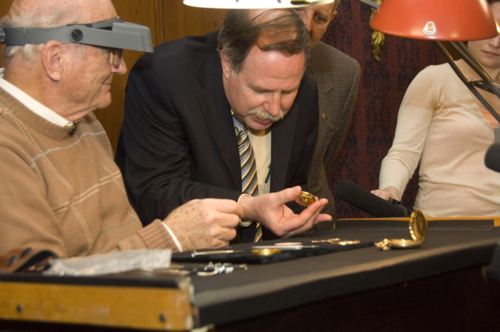 Doug Stiles viewing the inscription on the watch

On the day of the watch's opening, Doug and his brother Don were invited to be first to read the brass underside's inscription. Shocked and awed, Doug had permission to hold Lincoln's watch. The legend held true—the note read: "Jonathan Dillon, April 13, 1861 Fort Sumpter was attacked by the rebels" and "thank God we have a government."

The back also included the signature of another watchmaker, L.E. Gross, as well as the name "Jeff Davis," which may have been added as either a joke or a statement of support for the Confederacy, of which Jefferson Davis was the leader. 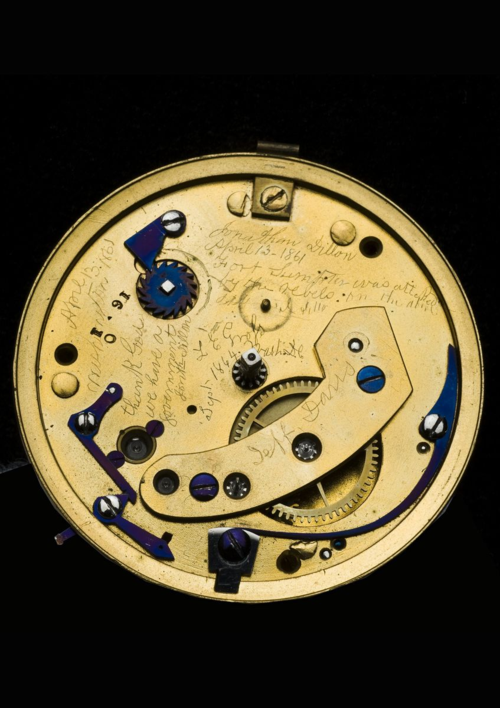 A close-up of the inscription on Abraham Lincoln’s watch

While I was interviewing Doug, he said, "You are who you are because of those who came before you." I believe this to be a truth that influences everyone's life. It was a wonderful opportunity as an intern to interview a donor with such a captivating family history, and it has inspired me to look deeper into my own genealogy.

Kate Fuljenz is a development intern in the Office of External Affairs at the National Museum of American History.

Doug's passion for history inspired him to join the Smithsonian Council for American History, which provides essential funding to the museum to preserve its national treasures. Learn more about the Council and how you can be part of this national group of history enthusiasts, or contact Lauren Collette, Individual Giving Associate, at ColletteL@si.edu. Discover more Lincoln history in our collection.