Does your family own any jewelry from World War II? Curator Kathleen Golden shares a few sweet pieces from our collection.

In honor of Valentine's Day and the giving of trinkets and baubles, I thought it would be fun to share a collection of objects in the Division of Armed Forces History called "sweetheart jewelry." Sweetheart jewelry first became popular during World War I, as a means of connection between wives, mothers and sweethearts back home and the men fighting overseas. It was one of many things that soldiers either made or purchased, along with pillowcase covers, handkerchiefs, compacts, and the like. But while the practice began back then, the concept really took off during the Second World War.

Sweetheart jewelry of World War II vintage was made of a variety of materials. Due to the rationing placed on metals during the war, many of the items were made from alternate materials such as wood and plastic. Sterling silver was not rationed, so it was used to produce better quality jewelry.

Why was this type of jewelry so popular?

It was fashionable: rationing of material resulted in clothing with little embellishment. Pinning a brooch on a lapel or wearing a locket gave the wearer a little bit of glitz.

It was patriotic: many of the pieces were produced in the shape of patriotic symbols; the flag and the American eagle were most often depicted. The slogan "Remember Pearl Harbor" found its way onto many pins, often accented with a pearl. Several of the costume jewelry manufacturers of the time, including Trifari and Coro, made patriotic-themed pieces.

Sweetheart jewelry in the museum's collection

It reflected a sense of service: many women proudly wore the pin version of a "man-in-service" flag, the blue star in the center, on a white background, with a red border, to indicate a son or husband in service. The service pins, more rarely, could have two or three stars, and rarer yet, could contain a gold star to indicate a death in service.

The collection in the Division of Armed Forces History contains numerous examples of the types of jewelry I've outlined. Here are a few favorite examples: 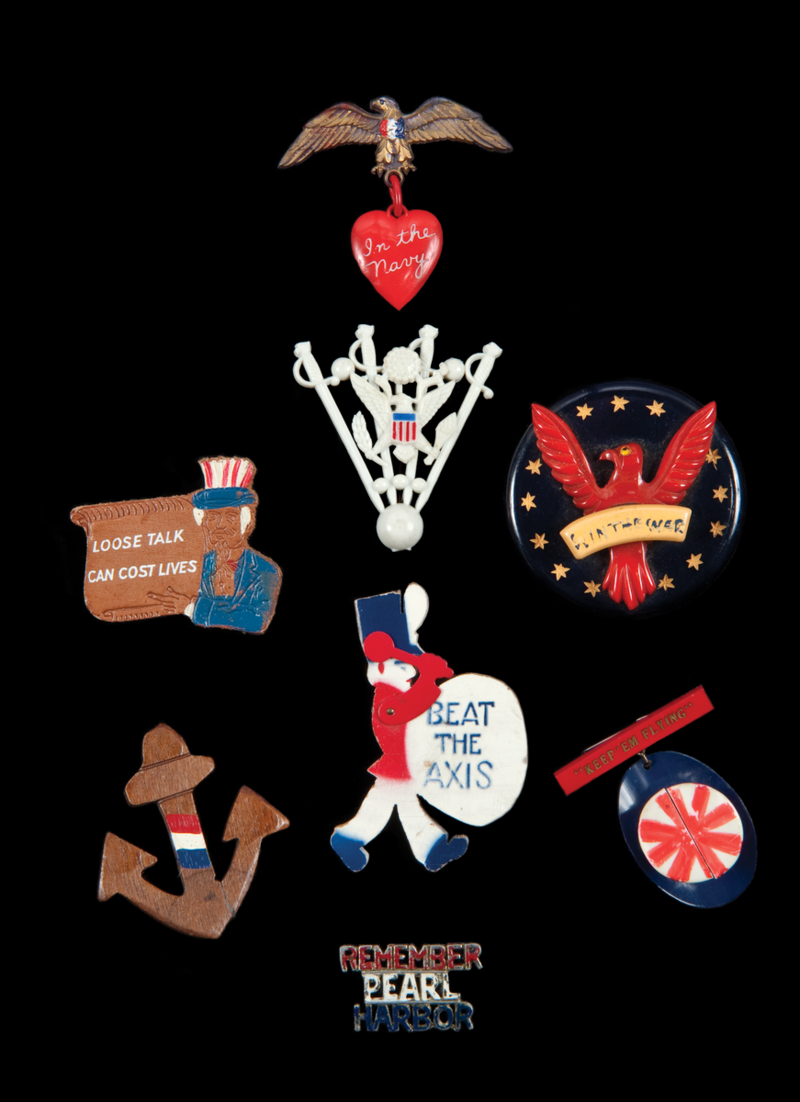 Sweetheart jewelry in the museum's collection

The production of sweetheart jewelry pretty much ended after World War II. In recent years, collecting the vintage pieces has been on the upswing. But during the war, it seemed that everybody had a piece or two.

While rummaging through my grandmother's jewelry box a number of years ago, I found this patriotic pin: 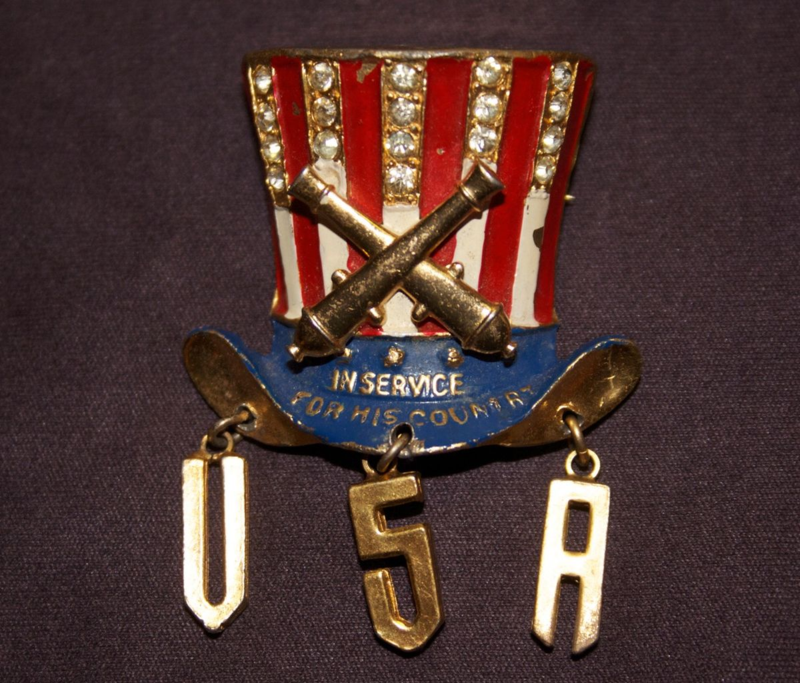 This pin belonged to my grandmother

The "Uncle Sam" hat is embellished with rhinestones, and on the brim is written "In Service For His Country". I don’t know the particulars of how it came to be in her possession; my grandfather didn't serve in World War II, but family members and friends did. I've worn it from time to time, usually on a patriotic holiday, or if I just feel like giving a shout out to our soldiers serving overseas. One day, in memory of my grandmother, it will become part of the museum's collections.

Kathleen Golden is an Associate Curator in the Division of Armed Forces History. She is very fond of trinkets and baubles.

Last-minute gifts for history lovers
The holidays are upon us, and in case you’re still hunting for that perfect gift for the history lovers in your life, we have some ideas:...