An April Fool's "assalt" on history

If you're offended by that first pun, the rest of this post about our high sodium "Conference on Stuff" by Curator Katherine Ott may rub salt in your wounds.

For most of the year, the museum staff are serious and committed public servants, toiling away on behalf of our many publics and the collections. That is, until April Fool's Day, when we loosen our ties for a bit of silliness with the Conference on Stuff. In years past, we have presented modest, tongue-in-cheek, but earnest impressions of academic symposia on such stuffy topics as Jell-O, beans, pie, corn, and marshmallows. This year, our worthy subject is Salt, selected after an extensive literature and pantry search and semi-serious deliberation. 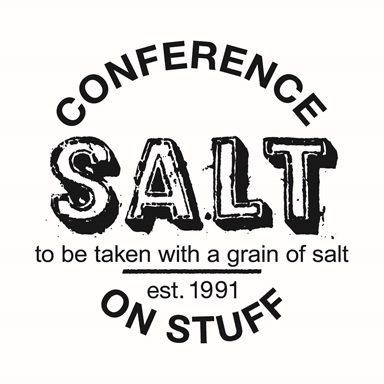 Being human and keenly aware of how laughter and a bit of silliness are good for the soul, we turn our tables on April 1st for every history nerd's dream, a Conference on Stuff. This year's theme is salt.

Although Saline Dion will not appear, nor will Salt Whitman, everyone else worth their salt has enthusiastically announced their support (namely, Governor Epsom Saltonstall, Salt Disney, and Psalter Mitty). In the bowdlerized words of William Jennings Brine, "As long as there are human rights to be defended; as long as there are great interests to be guarded; as long as the welfare of nations is a matter for discussion, so long will good humor have its place at the National Museum of American History." 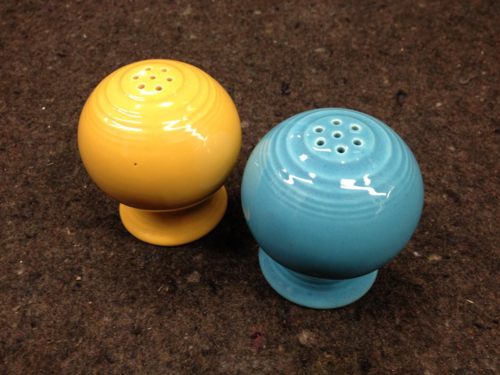 Why salt? Competition for salt has influenced politics, industry, cuisine, and my uncle's blood pressure. Because salt is mildly corrosive, people have used it for millennia for such things as dying and bleaching cloth, curing and preserving food, and cleaning pots and inflamed sinuses.

Many interstate highways began as traces, or paths, worn by animals on their way to a brine spring or salt lick. Salt was a significant item of international trade long before anyone could spell sauerkraut and today is an industrial chemical formulation that supports much of modern life. Not to mention that old salt mines have also proven to be perfect climates for storing objects, including art works looted by Nazi soldiers. 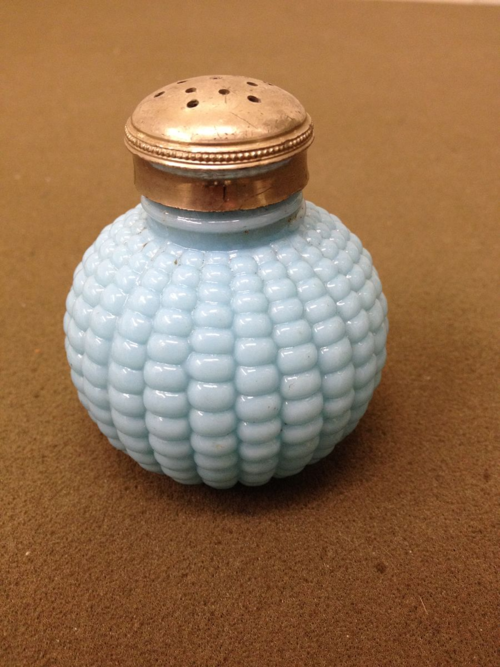 A glass salt shaker in our collection. It has a corn cob design and is from the 20th century.

The Conference on Stuff events include a morning of papers and an afternoon of art and food competition. The papers are usually clever, witty, and, when possible, historically accurate. A taste of the paper topics this year include a look at how brine permeates 20th century American mathematics, from differential equations of the 1920s to computing charts of the 1960s, the erudite contributions of folklorists in comprehending the phrase "Back to the Salt Mines," and the medical benefits of mineral salts. 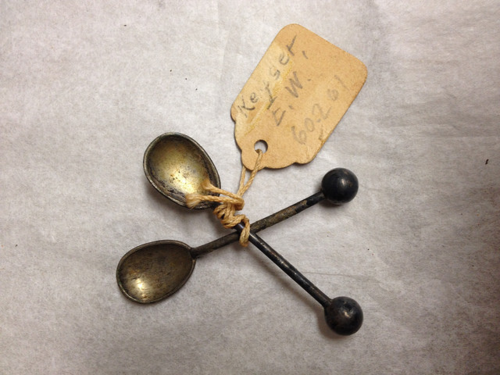 Salt spoons in the museum's collection

As sensitive museum employees, we avoid overly salty language, political insalts, and saltry metaphors, unless there is a good laugh to be had. We may or may not discuss salt peter, SALT treaties, Salt Flats, margaritas, NaCl in the Anthropocene, salt grasses, saltbox houses, Salt Lake City, gargling, and saltimbocca. We are hoping that someone will have a convincing salt conspiracy theory or, failing that, synthesize the historical literature comparing the atomic weights of sodium and potassium and their impact on the development of American society. 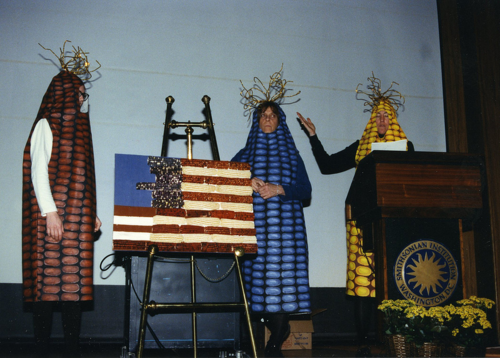 One year, the Conference on Stuff focused on corn. These scholars were all ears.

You can follow the day's bad puns and history hilarity on Twitter with the hashtag #saltyhistory, as long as you take it all with a grain of salt, in the spirit of April Fool's.

Curator Katherine Ott has also blogged about our dental history collection and LGBT history. The conference is open to the public. Papers will be presented from 10:30 AM - noon and the "cook-off" is from 2-3 PM.

Origins of a fortune cookie
Earlier this year we invited Jennifer 8 Lee, author of The Fortune Cookie Chronicles, to meet with our staff and share her insights into...