As we celebrate Earth Day amidst increased public attention to the implications of human-induced climate change, Curator Jeffrey K. Stine reflects on President Jimmy Carter's efforts 35 years ago to engage the public in discussion about national energy and environmental policies. 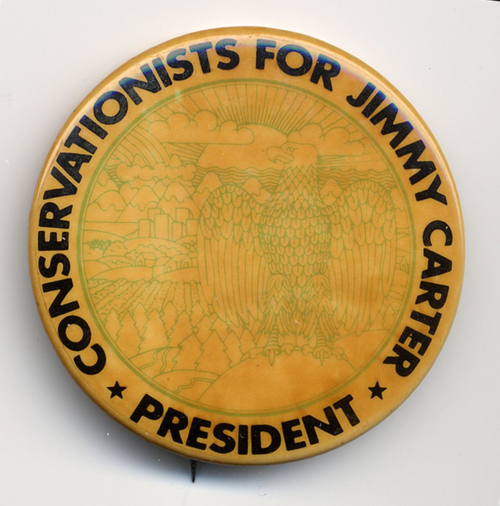 During the 1976 presidential campaign, President Jimmy Carter identified the environment as a priority issue and, once in office, he worked diligently to reform national energy policy. In addition to legislative efforts and the establishment of a new U.S. Department of Energy, President Carter also wanted to encourage Americans to conserve energy and reduce their dependence on fossil fuels. So he used his bully pulpit to lead by example.

In 1979, President Carter had an array of 32 solar thermal panels installed atop the West Wing. At the formal dedication on June 20, he declared that: "A generation from now, this solar heater can either be a curiosity, a museum piece, an example of a road not taken, or it can be a small part of one of the greatest and most exciting adventures ever undertaken by the American people—harnessing the power of the sun to enrich our lives as we move away from our crippling dependence on foreign oil."

Those solar panels continued providing domestic hot water for that section of the White House through 1986, when they were removed during the second term of the Reagan Administration. The General Services Administration warehoused the 32 panels until 1991. Maine's Unity College then obtained the panels courtesy of the Federal Surplus Personal Property Donation Program. College officials succeeded in raising funds to refurbish 16 of the panels, which were used to heat water for the student cafeteria for the next 12 years. (The other panels were placed in storage.) 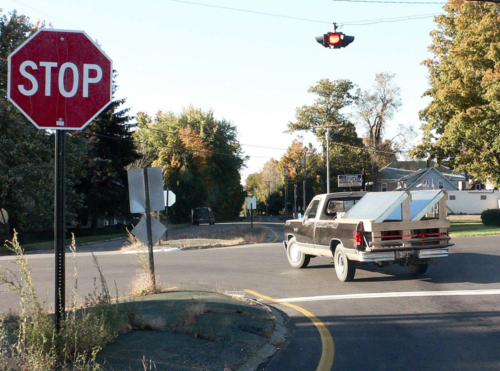 The road trip from Maine to Georgia in a borrowed, biofuel-burning pickup truck involved a very special delivery: two solar panels that had been installed on the White House in 1979. Photo courtesy Christina Hemauer and Roman Keller.

Thanks to the generosity of Unity College and the tenacity of Swiss filmmakers Christina Hemauer and Roman Keller, the Jimmy Carter Library and Museum and the National Museum of American History each eventually acquired one of these 1979 White House solar panels for their permanent collections. 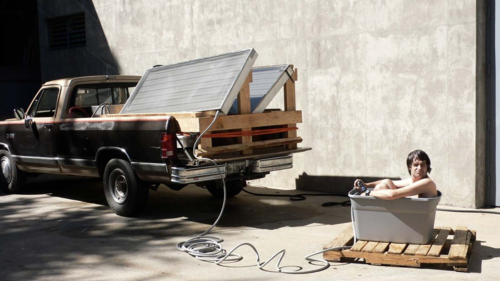 Prior to delivering one of the former White House solar panels to the Carter Library in 2008, Roman Keller demonstrated the sun's power (and his sense of humor) by bathing in water heated by the still-functioning panel. Photo courtesy Christina Hemauer and Roman Keller.

This museum later hosted the U.S. premiere of Hemauer and Keller's documentary, A Road Not Taken: The Story of the Jimmy Carter White House Solar Installation, on March 20, 2010, as part of the annual Environmental Film Festival. The filmmakers delighted the audience with humorous aspects of this serious topic, such as their Maine to Atlanta, Georgia, road trip, when they carried two panels in the bed of a Dodge Ram truck that had been proudly retrofitted by a Unity College student to run on recycled vegetable oil. (You can view the film's trailer to see clips of historic footage, including the road trip.) 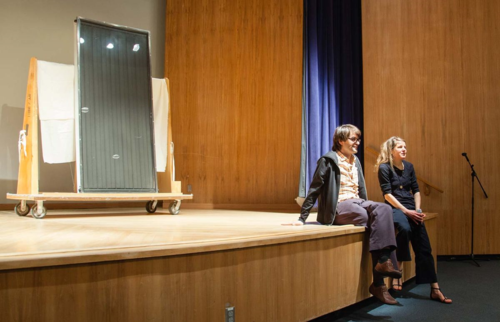 After the screening here of "A Road Not Taken," the screen lifted to unveil an unexpected surprise—one of the White House solar panels that had been featured in the film was now part of the permanent collections of the National Museum of American History.

Jimmy Carter's recognition of the need to foster renewable energy systems has gained wider currency in the 21st century. Indeed, two subsequent residents of 1600 Pennsylvania Avenue ordered the installation of modest solar energy systems: in 2002, President George W. Bush had solar thermal and photovoltaic panels placed on three buildings adjacent to the White House; and in 2013, President Barack Obama announced the installation of photovoltaic panels atop the White House itself.

Jeffrey K. Stine is the museum's curator for environmental history. He has also blogged about the ingenious but toxic history of cigarette advertising. 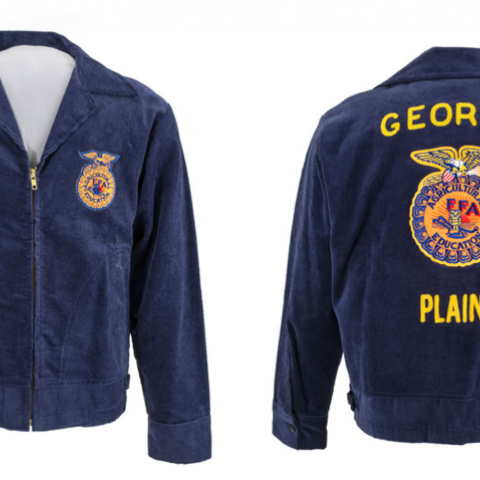 The search is over! Smithsonian announces the five FFA jacket donors
What do a former U.S. president, a spotted hog raiser, two former teachers, and a librarian have in common? They're all FFA (formerly known...