Ongoing research: What did our Ramage press print after the Civil War?

We know our Ramage printing press was used during the Civil War—but we aren't sure precisely what it printed. Curator Joan Boudreau provides a quick peek into her research on the press.

The Ramage press was an early 19th century modification of the long-lived wooden common press. Our Ramage is one of the oldest presses in the collection; it was received as a donation in 1899 from the type foundry of Barnhart Brothers & Spindler in Chicago. 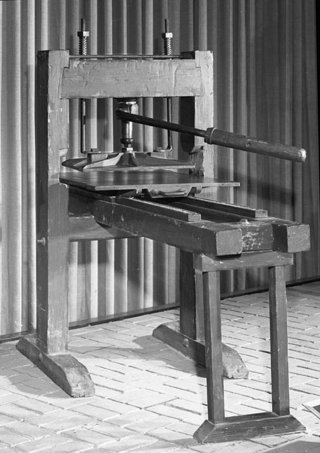 The Inland Printer, A Technical Journal Devoted to the Art of Printing published information about our Ramage press in 1893. The article said it was:

This leaves me wondering which newspaper was printed on the press. Was the newspaper out of Columbia or some other city or town, such as Elkins, North Carolina? I find no mention of a newspaper beginning in about 1873 in Elkins, but listings do include the Columbia newspaper, The Columbia Daily Register, published between 1875 and 1898.

If this newspaper was printed using the Ramage between those years, did the press go back to Columbia after the Chicago Exposition (1893) before it was purchased by Barnhart Brothers & Spindler (before 1899)?

It would seem more likely that the press was purchased in 1893 at the Exposition and remained in Chicago, and that another press was used to print the newspaper at least after 1893.

So the dates don't match exactly, but seem close enough to imagine them to be correct.

Just for fun, I found a photograph of the staff of The Columbia Daily Register (about 1900) in South Carolina's Richland Library's Flickr site. Perhaps one of the individuals pictured is the long-time Ramage press printer? 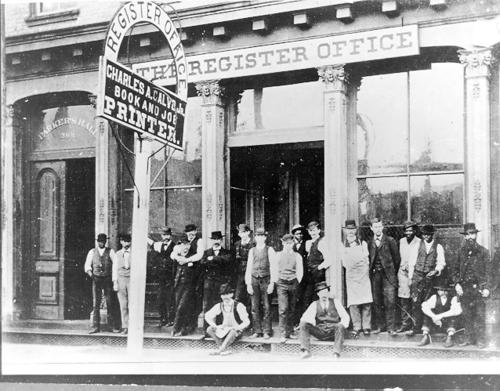 With further research, we may discover additional insights. But we also understand that the facts surrounding many stories handed down through time tend to be twisted; the facts become muddled or exaggerated. We'll let you know what we discover as research continues!

Joan Boudreau is a curator in the Graphic Arts Collection at the National Museum of American History. She has also explored whether the press printed Confederate cash or a daily newspaper. She has also blogged about the pony press.