You asked, we answered: Why did a female scientist get left off an exhibition label?

Today, on the anniversary of scientist Rosalind Franklin's death, we remember her with a story about how our audience pushed for her representation at the museum. Project assistant Mallory Warner explains Franklin's story and shares the new exhibition label.

Since American Stories opened we've received several inquiries about why we originally left Rosalind Franklin out of our label on the discovery of the structure of DNA. 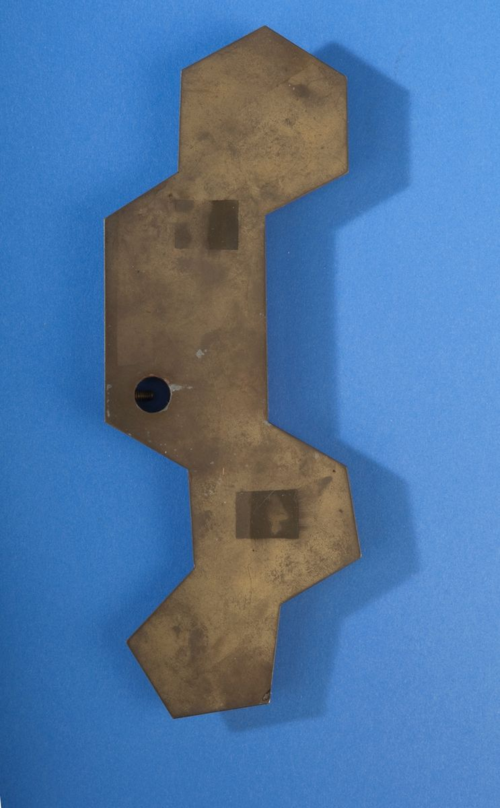 First, a little background for you non-science geeks out there. The discovery that DNA was the molecule in charge of genetic inheritance inspired a race to discover its shape. In the chemical world, form is related to function. Therefore, knowing the shape of DNA would help open doors to understanding how the body "reads" DNA, how it's stored, and how it replicates, all important foundational knowledge that led to technologies from genetic engineering to crime scene DNA analysis.

In 1953, American scientist James Watson and his British partner Francis Crick published the first paper to correctly describe the structure of DNA—the famed double helix. Like most scientific discoveries, however, their findings built on the research of others. One of those scientists was Rosalind Franklin, a researcher at King's College London and an expert in a technique called X-ray diffraction. With this method, scientists beam x-rays at crystals of pure molecules. By interpreting the patterns with which the x-rays bounce off of the crystals, it's possible to create a map of the molecule's structure.

Franklin, however, never explicitly shared her data with Watson and Crick. Instead, her co-worker Maurice Wilkins did so without her permission.

Despite the help her data gave them, Watson and Crick weren't always kind about Franklin. Watson's 1968 memoir, The Double Helix: A Personal Account of the Discovery of the Structure of DNA, included this unflattering commentary about her appearance:

"By choice she did not emphasize her feminine qualities. Though her features were strong, she was not unattractive and might have been quite stunning had she taken even a mild interest in clothes. This she did not. There was never lipstick to contrast with her straight black hair, while at the age of thirty-one her dresses showed all the imagination of English blue-stocking adolescents. So it was quite easy to imagine her the product of an unsatisfied mother who unduly stressed the desirability of professional careers that could save bright girls from marriages to dull men."

This attitude, coupled with the fact that the 1962 Nobel Prize for the discovery was awarded after her death to Watson, Crick, and Wilkins, helped make Franklin into a symbol for the struggles of female scientists. (To be clear, Nobel Prizes are not awarded posthumously. Franklin died of ovarian cancer in 1958. Some speculate that, had she lived, she would have been given the prize in place of Wilkins.) Kate Beaton, a popular web comic artist who often writes about historical topics, captioned a comic strip about Franklin's relationship with Watson and Crick "Every Lady Scientist Who Ever Did Anything [until recently]."

Biographers have done much to discredit the incorrect image of Franklin presented by Watson's book, however, and recent histories of the discovery of the double helix have restored the importance of Franklin's role. At the National Museum of Natural History's exhibit Genome: Unlocking Life's Code., Franklin is one of only a few scientists whose picture appears in a timeline of DNA discoveries. 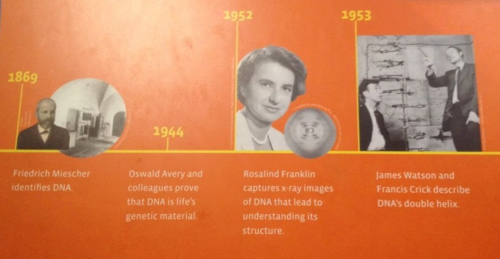 Here at the National Museum of American History, the original choice to leave Franklin out of our label for the DNA template in American Stories was simply a matter of space. Given the format of the exhibition—"snapshot" objects relating to larger themes in American history—only a small amount of text was allotted, making it difficult to tell a complex story like Franklin's. Nevertheless, the obvious importance of her inclusion to our visitors was reason enough for us to rewrite the label and give Rosalind Franklin her due, even in a space of 45 words or less. 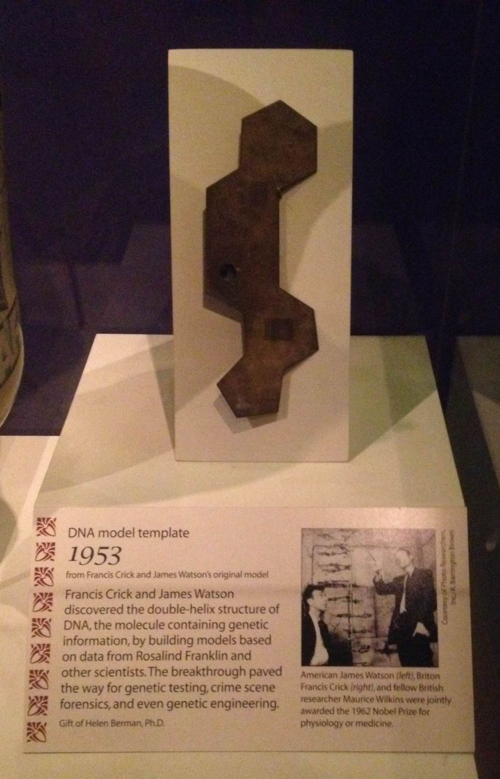 Mallory Warner is a project assistant in the Division of Medicine and Science. She has also blogged about historic hangovers, broken hearts, and synthetic growth hormone.

Posted in Medicine & Science, Women's History, You Asked, We Answer