Pointers from the Flag Code, just in time for Flag Day

Hat on or off? Right or left hand? What if it gets dirty? These are some typical questions people have about customs and rules surrounding the American flag. No worries. In honor of the 200th anniversary of "The Star-Spangled Banner", the song that became our national anthem, intern Talia Berday-Sacks shares some pointers about proper flag etiquette with objects from our collections.

First off: are there any official flag rules?

Yes and no. The U.S. Flag Code is a set of rules (not a law) for civilian flag use that was published on June 14, 1923, (Flag Day!) and adopted by Congress in 1942. The U.S. Flag Code set forth prohibitions on what were deemed disrespectful uses of the flag and included official rules on proper conduct during flag ceremonies, flag display, and flag maintenance. 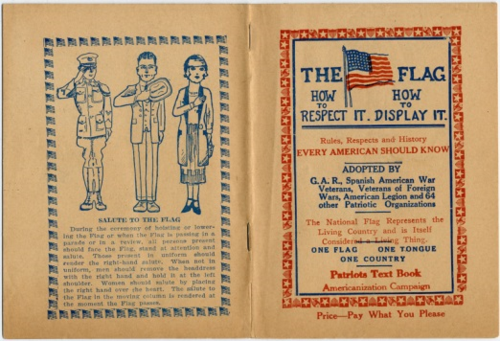 Patriots Text Book. In the 1920s, when the U.S. Flag Code was created, teaching respect for the flag was considered an essential part of "Americanization," the process of assimilating immigrants into loyal, English-speaking citizens.

Disrespecting and desecrating the flag used to be a federal crime, but with the 1989 case of Texas v. Johnson, the U.S. Supreme Court ruled that flag anti-desecration laws violated the First Amendment right to freedom of speech. Today, the U.S. Flag Code is purely advisory. This explains why companies today can legally use images of the flag to advertise their products. Even without official flag rules, people still believe in treating the American flag with great respect and honor.

Cigar box label: Some of the earliest court battles over flag desecration focused on tobacco and alcohol advertisements, which were criticized for linking the flag to immoral habits. 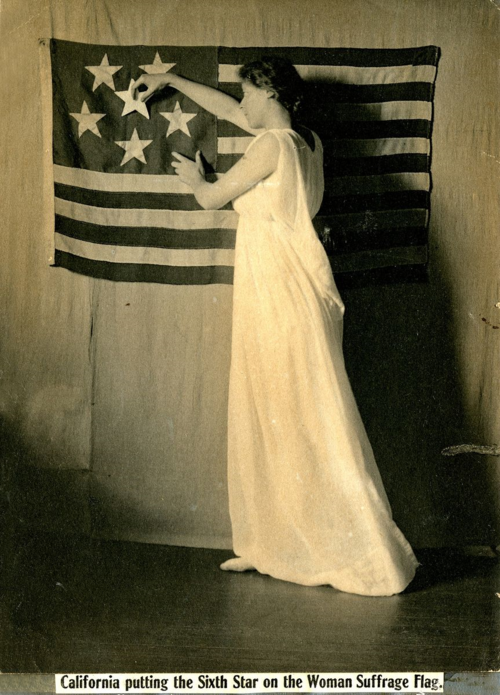 In this 1911 postcard created by the National American Woman Suffrage Association, the stars on the flag represent states that have voted for suffrage. Throughout American history, many interest groups have used flag imagery to promote their cause.

The salute: World War II changed how Americans saluted the flag during the recitation of the Pledge of Allegiance. Children used to be taught to salute their right hand to the forehead and then to extend the right hand out toward the flag. Because this salute closely resembled the Nazi one-armed salute, this American salute was replaced in 1942. Now the custom is to put the right hand over the heart. 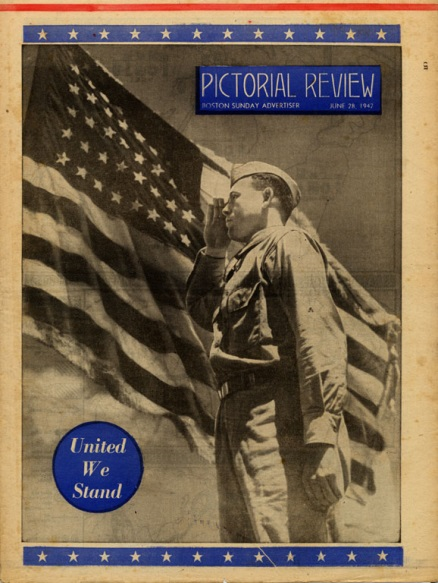 In rain or shine: According to the U.S. Flag Code, "The flag should not be displayed on days when the weather is inclement, except when an all-weather flag is displayed." Since so many flags today are made of synthetic materials like nylon, the flag can be displayed in practically any weather without fear of damage.

Day or night: Although it is customary to display the flag from sunrise to sunset, the U.S. Flag Code mentions that the flag can be displayed 24 hours a day "if properly illuminated during the hours of darkness."

Laws and presidential proclamations have authorized the constant flying of the flag at the U.S. Capitol Building; the White House; the U.S. Marine Corps War Memorial in Arlington, Virginia; Baltimore's Flag House Square and Fort McHenry National Monument and Historic Shrine; the National Memorial Arch at Valley Forge in Pennsylvania; the town green of Lexington, Massachusetts; and points of entry that are open 24/7.

Hats: Today, this is up to you. Here's what the U.S. Flag Code advises: "When not in uniform men should remove their headdress with their right hand and hold it at the left shoulder, the hand being over the heart. Persons in uniform should remain silent, face the flag, and render the military salute." 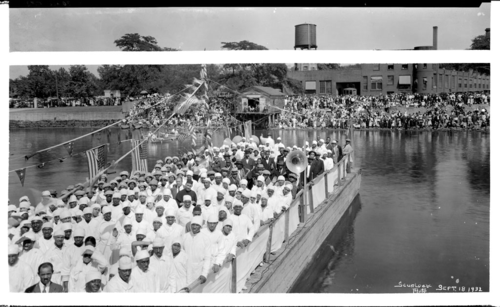 Removing one's hat before the flag, although advised by the Flag Code, depends on the circumstances. In this 1932 photograph by Addison Scurlock, church members participating in a group baptism on the Potomac River wear hats while standing under many American flags. Scurlock Studio Records, ca. 1905-1994, Archives Center, National Museum of American History.

Retiring the flag: What do you do with a damaged or worn-out flag? According to the U.S. Flag Code, "The flag, when it is in such condition that it is no longer a fitting emblem for display, should be destroyed in a dignified way, preferably by burning."

Special flag retirement ceremonies have been developed by organizations. The American Legion, for example, holds an "Unserviceable Flags Ceremony" which is officiated by a Sergeant-at-Arms, Commander, and Second Vice Commander and includes formal requests that a flag "honorably retired from further service" before the flag is dipped in kerosene and burned.

The U.S. Scouting Service Project has the practice of cutting the flag into smaller pieces, with special care taken not to cut the blue star field. Scouts then build a wood fire and maintain a vigil until all the flag fragments are then burned. 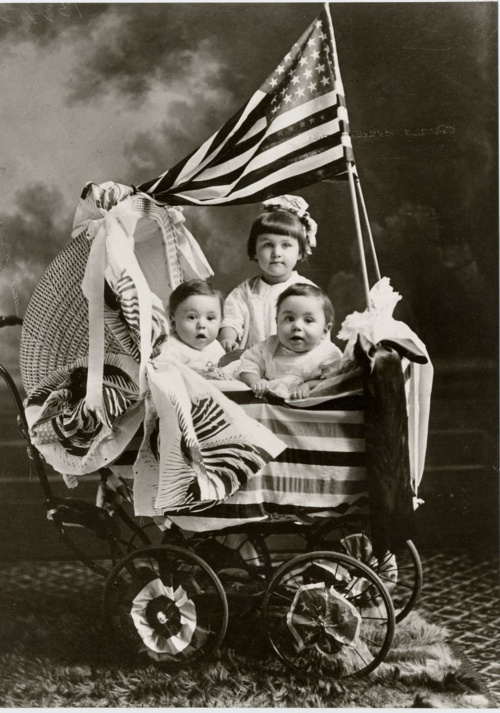 The American flag often appears at moments of patriotic celebration, but its use is generally guided by the Flag Code. These children in the early 20th century pose with a flag and other star-spangled decorations. This image is from the Faris and Yamna Naff Arab-American Collection, Archives Center, National Museum of American History.

We hope that you bring your new flag knowledge and join the National Museum of American History on June 14, 2014, at 4 PM EDT to add your voice to the largest group sing of the national anthem in history as we celebrate the 200th anniversary of the nation's most iconic symbol: the Star-Spangled Banner. Or, join a singing party near you and tune in to sing along with the nation. Visit the Raise It Up! website to learn more.

Talia Berday-Sacks is an intern with the museum's Food History program.

Posted in From the Collections, Intern Perspectives, Star-Spangled Banner 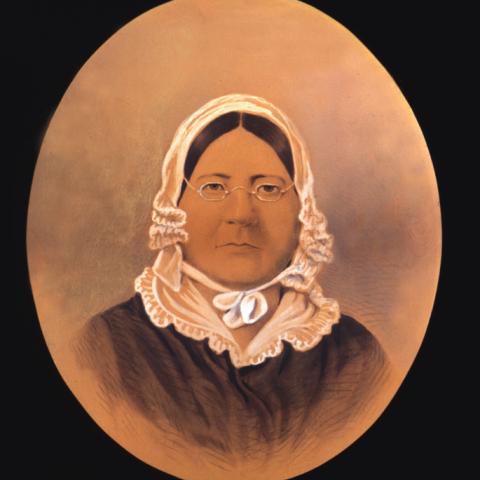